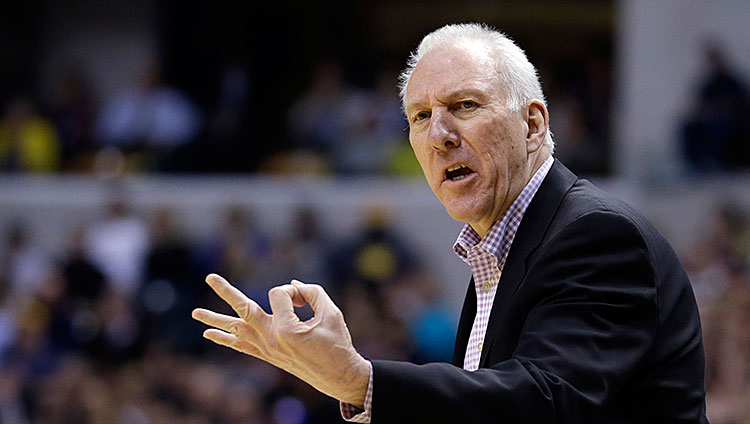 The Spurs are a machine — a whirl of interchangeable parts that slices up opposing teams with an efficiency bordering on contempt. When the Spurs are at their best — which, in the Gregg Popovich–Tim Duncan era, could fairly be characterized as “often” — it almost seems as if they’re scrimmaging against holograms. That’s how unconcerned the team looks as it cycles from set to counter-set, offense to defense. But the players and the motions and combinations thereof constitute only the gears of the machine, with Popovich its engineer.

The purpose of the machine is to manufacture wins, which is a thing it does with alacrity. In 17 Pop-Duncan campaigns, the machine has assembled 16 seasons of 50 or more wins; three seasons of 60 or more wins (this number will surely grow to four, unless an earth-killing asteroid or zombie outbreak strikes before the end of the week); eight conference finals appearances; five Finals appearances; and four NBA titles — as well as a regular-season winning percentage of .707.

Last night, the Spurs casually victimized the staggering Pacers for their 18th straight win, a franchise record. The machine has flooded the marketplace of our attention with wins at such a rate as to devalue the very concept of a Spurs victory in our minds. And this is why the Spurs are perceived as boring.

Now, of course the Spurs are not boring. Anyone who really loves basketball knows this. But entertainment value is a subjective thing. Lacking a black-and-silver rooting interest or the discerning eye of an NBA snob, the great unwashed mass of proletarian sports fans needs drama and narrative to drive its interest. And, by the way, there’s nothing wrong with that; everyone watches sports for different reasons, each as valid as the next.

The Spurs, though, subvert our hardwired instinct for three-act character arcs. The Shaq-Kobe Lakers had to overcome internecine bickering. The 2007-08 Celtics troika came together after spending most of their careers in the wilderness of noncontention, dogged by individual doubts about whether they could ever win at the highest level. The Kobe-Pau Lakers needed a reconciliation with the Hippie Messiah, who had ended his previous tenure by comparing Kobe to a pack animal and dropping the mic. 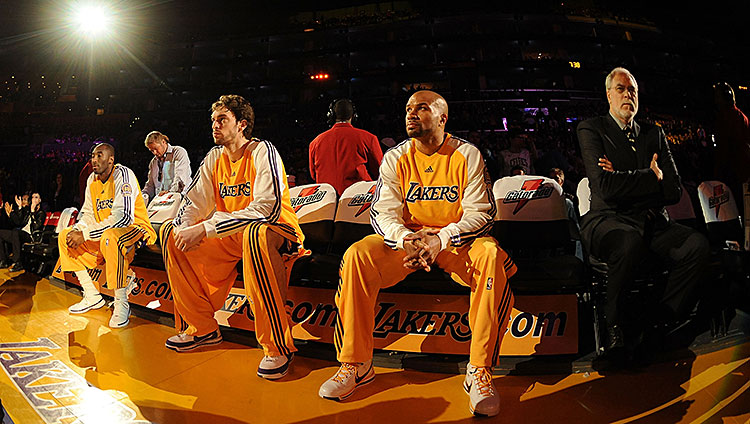 The 2010-11 Mavericks won in something resembling an Indian summer, a sudden offensive when their best years were seemingly behind them. The Heat faced the ire of what felt like most of the country and certainly a large portion of the state of Ohio, in addition to questions of whether LeBron James would ever be able to take over in a big moment.

All the other title contenders of the Spurs-era teams rose and fell; some rose again, and fell again. The Spurs never fell, and their initial climb to contender level occurred a full human generation ago. Their narrative arc is: Spurs go from excellent to nearly perfect and basically keep doing that. For 17 years. That the Spurs will clear 50 wins in a season is basically a law of nature at this point. Conversations about who could come out of the West have basically had a “and, of course, the Spurs” asterisk attached to them for more than a decade. For those other teams, winning was notable because of the mix of individual obstacles to overcome, volatility of their contention levels, and the relative scarcity of the outcome.

The Spurs have created a reality in which seeing them succumb to a challenge is the thing that’s scarce, and thus more notable. It’s a reality in which regular-season games are simply things to be endured with as little taxation of the players’ bodies as possible. Old, tired veterans sit, no matter the opposition. An opposing team’s double-digit fourth-quarter lead is left unchallenged. There’s no need for valor in a blowout. Valor won’t be needed until spring. The Spurs have proved everything they need to prove. As Pop said to NBA.com’s Steve Aschburner before last night’s game, “The only thing we do is talk about trying to be the best team we can be come playoff time.” Pop doesn’t even pretend to treat the regular season as anything other than a workshop, so it’s unsurprising that casual fans check out on San Antonio until the playoffs.

What is the nonaffiliated NBA fan’s most memorable Spurs-related memory? I’m guessing something like Derek Fisher’s 0.4 prayer fling in Game 5 of the 2004 Western Conference semis or Ray Jesus’s history-shifting corner dagger from Game 6 of last year’s Finals. Seeing the Spurs lose is rare; seeing them lose in the clutch after some questionable coaching decisions is remarkable. Like the various gadgets and devices we interact with every day and don’t think about, you don’t notice the machine until it breaks down.