Can ‘Halo’ Make the Leap Into the E-sports Future? 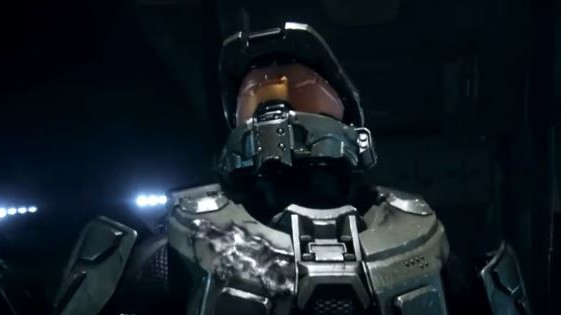 Video games, once the bane of parents and the shredder of young attention spans, find themselves in a strange moment. On the one hand, they’re more popular and culturally accepted than ever and practically everyone has a relative who’s a high-functioning Candy Crush addict. On the other, developers now need to find ways to make their games worthy of their prospective players’ time in a fragmented entertainment environment where games are competing not just with other games, but with television, YouTube, Netflix, Vine, and anything and everything else that people watch on screens. Once the arch-distractor, games now find themselves under pressure to find ways to keep gamers from getting distracted.

Halo 5: Guardians, released today, is the latest installment in the pioneering first-person shooter series for the Xbox console and the first to be developed with an in-house team of pro gamers consulting on the game’s multiplayer design. Previous versions of Halo have featured pro-influenced multiplayer playlists and game types, but that influence was usually limited to which weapons and maps were selected for a specific game option. The experts of 343 Industries, the studio behind the game, have input on virtually every element that affects a player’s online in-match experience.

“We’ll go into maps with some of the map designers,” Michael Cavanaugh (gamertag: StrongSide) told me over the phone when I asked members of 343’s pro team about how their feedback affected the game, “and we’ll notice that maybe there’s an area that’s just way too overpowered. I could just sit there the entire game and there’s no way a player can actually stop me in this position. So that’s where we would come in and we would kind of change the entire design of that part of the map so it’s not so powerful. That’s something that you don’t really want in the competitive game.”

“We always kind of start with that accessibility,” Eric Hewitt, a.k.a. GH057ayame (“Ghost” for short), told me. “There’s all these little things that, now being on the inside, that we know pro players are looking for. For the high skill gap of guns or maps or the options that you want in a game. Those are the types of things that now our team can actually give tons of feedback on. Everyone has been extremely receptive, and really the whole work going on over here is that we do want to make this extremely competitive, and extremely e-­sports minded.”

“Sport of the Future” is a label that’s been variously applied to e-sports on and off since the advent of the video game.1 People have been organizing video-game tournaments since the early 1970s, but it wasn’t until the late ’90s/early aughts that competitive gaming — fueled by the increased horsepower of personal computers and gaming consoles and the wider availability of high-speed Internet connections — began to find an audience, mostly among hard-core gamers. During that time, an alphabet soup of gaming leagues sprang into existence like Athena from Zeus’s Mountain Dew Code Red–addled head.

For the most part, game developers ignored these nascent leagues. The sudden rise of the video-game-streaming platform Twitch, which allows gamers to broadcast their gameplay over the Internet and monetize their streams, made that position untenable.

Twitch itself grew out of the defunct streaming site Justin.tv in 2011 and was recently acquired by Amazon in 2014 for just south of $1 billion. To look at Twitch’s demographics is to peer into the orgiastic void of an entertainment executive’s deepest professional fantasies: 100 million users with an average age of 21, and 58 percent of those users spend 20 hours a week or more on the site watching other people play video games. With YouTube now offering game streaming, developers and traditional content providers are jostling for position to be there when the real money starts pouring in. Last spring, ESPN2 dipped its gigantic turf toe into the e-sports pool when it aired — much to the consternation and confusion of its traditional audience — a college Heroes of the Storm tournament, Heroes of the Dorm. Activision Blizzard, makers of Warcraft and Heroes of the Storm, recently hired former ESPN and NFL Network executive Steve Bornstein to head its newly created e-sports division.

As one would expect, StrongSide and Ghost were both avid gamers well before they began playing Halo. Indeed, until not all that long ago, the idea that a person could actually earn money — to say nothing of a living — playing video games seemed like the bong-addled aspirations of the terminally unmotivated. StrongSide is a former member of the highly decorated Major League Gaming team Final Boss that was, for a time, sponsored by ex-Washington Wizard Gilbert Arenas. Ghost previously worked the sticks for Team Carbon, contemporary and rival of Final Boss, and helped develop the competitive community-influenced “Team Throwdown” playlist for Halo 4.

For 343, involving pros in the design process isn’t just about creating a more balanced, more polished game experience, though. In the post-Twitch era of e-sports, it’s also a vital marketing strategy. The Halo Championship Series, launched in 2014 ahead of 343’s troubled Halo: The Master Chief Collection, recently completed its second season of play and has a prize pool of $150,000. For Halo 5: Guardians, 343 announced the launch of The Halo World Championship with a prize pool of a cool [pinky touches the corner of the mouth] $1 million.

The hidden cost of hitching a game’s fortunes to the hard-core e-sports community, though, is the way a slavish devotion to balance — the competitive gamer’s holy grail — can stifle innovation. Balancing a game’s traditional feel with advances in the wider gaming world is difficult stuff; too much change in a game’s mechanics risks alienating the core fan base; too little creates the ossified feel of being stuck in the past. For instance, the ability to sprint — i.e., to make one’s character move faster than its normal speed — was popularized by the Call of Duty series of games and is now widely considered a standard feature of the modern first-person shooter (FPS) genre. Sprint first appeared in the Halo series in 2012’s Halo 4 and its inclusion in H5 has been met by the game’s hard-core fans with responses varying from weary resignation to outright hostility.

“In the past, 343 and Bungie [the original developer of the series] didn’t really have any pro players who were helping,” Hewitt told me when I asked about the difficulties of balancing the game’s traditional feel while adding “modern” FPS movement features. “So unfortunately we didn’t have the chance to kind of look back on some of those abilities and see what we could do to better balance them. Like sprint — that’s such a hot topic. You ran at a much faster pace. And the difference between your base movement speed and your top sprint speed was actually pretty large. And after iteration and feedback from the beta, from the community, as well as internal feedback, we ended up shrinking that gap.”

The cynical view, of course, is that, by co-opting members of the competitive gaming community, 343 can also defuse any prerelease criticisms that the development team is selling out the game’s roots and ignoring the concerns of its hard-core fans. The Halo 5 launch is crucial to Microsoft’s long-term strategy for the Xbox console, which is being pummeled on the sales charts by Sony’s PlayStation 4 by nearly a 2-1 ratio.

Go on Reddit (or any Internet forum, for that matter) and you’ll find fans of a particular game complaining with scabrous bitterness about how The Man has ruined something that was once perfect. For Hewitt and Cavanaugh, suddenly finding themselves on the pitchfork end of various Internet commenters has been a mildly head-spinning experience. Hewitt, while acknowledging that the writing on his paychecks means that he can’t really come out and openly criticize Halo, insists that fan criticism, as coarse as it may be at times, is part of a process that, on balance, helps create a better game. “Leading up to launch, we are very locked down. But the cool thing is that we see these forums — and especially there’s some controversial ones out there, and we see this overwhelmingly — as a really positive approach to Halo 5.”

Andy Dudynsky, a.k.a. Bravo, 343’s community manager, agrees. “When you have people complaining,” he told me, “it’s a really good thing because it means they’re playing it and they care about it, and I’d rather have thousands of people whining about weapons they don’t like than no chatter at all.”

The first-person shooter is an inherently sports-like gaming experience, with a central conceit — two teams of players shooting at each other — that is easily grasped by any audience, be they experienced gamers or no. And yet, first-person shooters, with the exception of the long-running PC-shooter Counter-Strike, lag well behind games like League of Legends and Hearthstone — both of which have fantastical and esoteric internal mechanics involving magic and champions with unique abilities that are confusing even to people who play video games — in terms of e-sports popularity.

Here, the console’s economic model works against a game like Halo 5. Real-time strategy heavyweights like League of Legends and Defense of the Ancients (DOTA) are free to play while a console game runs $60. Console games generally have a one- or two-year lifespan before the heavy yoke of capitalism demands that a sequel be released. From an e-sports perspective, this means that every few years gamers have to learn to play, essentially, a whole new sport.

Then there are the aesthetic obstacles. How do you present gameplay to an audience so that viewers understand what’s going on? Which real-life player is doing what, to whom, and where on the map is that action happening? We have decades of experience in presenting baseball, football, and basketball to audiences. Meanwhile, the visual broadcast language of e-sports is still being created.

343’s strategy, thus far, is basically to crowdsource the answers to questions of presentation. Which, considering the Wild West nature of the form and the way the Internet supercharges contextual cycles, is probably the right idea.

“I think some of the biggest things that we’re actively keeping a very close eye on and also thinking about for the Halo franchise is definitely spectator mode and then the different options offered in the broadcaster tools,” Dudynsky tells me when I ask him about the challenges of presenting Halo to an audience. “I think Halo 5 being the first Halo title that has the spectator mode, I think giving Twitch broadcasters the opportunity for the first time to just do their own broadcasts over pro gameplay … will be pretty incredible and something that the franchise has never seen. So we’re excited [because] really anyone who has a streaming setup can become a tournament host online. I think we’ll start to see the return of folks really excited at those Halo tournaments because they’re going to have new tools that they never had before.”

Halo is the rock that Microsoft built the Xbox on and the console would not exist without it. But the entertainment environment of 2015 is exponentially more cluttered than it was in 2001, when a single game could make or break a console. A lone title’s not enough to get someone to turn one on anymore. Betting on e-sports, then, is a bet on the future. It’s just unclear whether that future, at least for console games, will ever arrive.