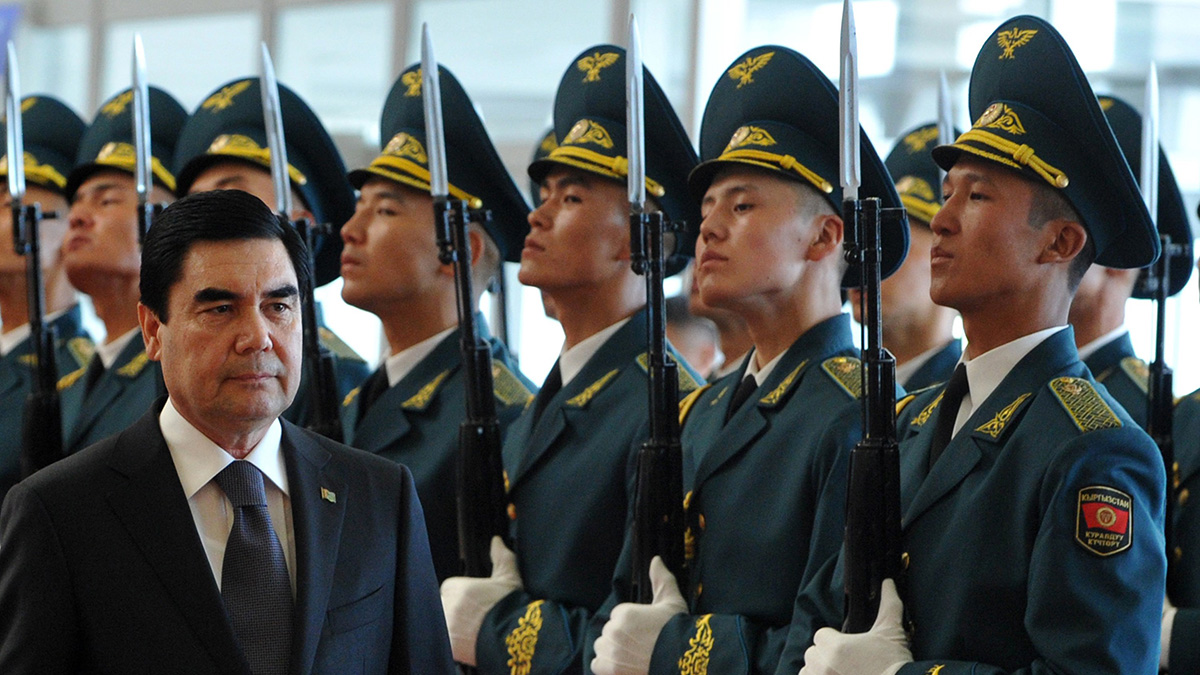 Welcome to the first installment of a series that has no official name yet but which I am calling Real Sports Politik. As the gyre of election season gets wider and more gyre-like by the week, we will use this space to cast our eye on the politicians whose desire to affect the common touch leads them to populist avenues of sport.

Meet Gurbanguly Berdimuhamedow, the president and protector of the Central Asian nation of Turkmenistan. Formerly a constituent nation of the Union of Soviet Socialist Republics, which you may remember from Rocky IV, Turkmenistan gained independence on December 26, 1991, when the USSR relinquished its grip on its former charges literally overnight. Berdimuhamedow is a former dentist who rose through the cloistered ranks of Turkmen politics via the Ministry of Health. He became the second president of the country following the 2006 death of Saparmurat Niyazov. In 2012, Berdimuhamedow was reelected with an astounding 97 percent of the vote, with the 3 percent opposition acting as an ostensible fig leaf covering his sensitive bits from charges of naked despotism.

Still, from a global point of view, considering Turkmenistan’s historic mix of ginormous fossil fuel wealth and nonexistent civil society, things could be worse. And, besides, while that 97 percent approval rating may look impressive in a vacuum, it pales considerably when measured against Gee Bizzle’s 100 percent free throw shooting.

To paraphrase Mos Def, his style is unorthodox so of course it rocks. I showed this video to some professional basketball scouts to get their take on Berdimuhamedow’s autocratic shooting stroke.

Anonymous Scout no. 1: “This is garbage. His feet are all wrong and the follow-through is … who is this guy? His handle is terrible.”

What are his NBA prospects?

“What? I mean, you’re talking like playing in the NBA? First of all, the guy looks to be about 50.”

Anonymous Scout no. 2: “I question the jump cut from this guy’s second jumper. It looks ready to hit the backboard, and then we’re shown a clip of the ball falling through the hoop, like it went straight in. The arcs don’t match.”

You’re saying the video is edited?

What about President Berdimuhamedow’s soccer and volleyball technique?

“I only scout basketball but, like, he just kicks the ball and you don’t even see where it goes. Maybe he could play for Liverpool back when Rodgers was still manager, but that’s it.”

‘Jalen and Jacoby’: Tristan Thompson on His Contract Negotiations, the Pressures of the New Deal, and More