Who’s That Executive Director? Meet the New Head of the NBPA, Michele Roberts 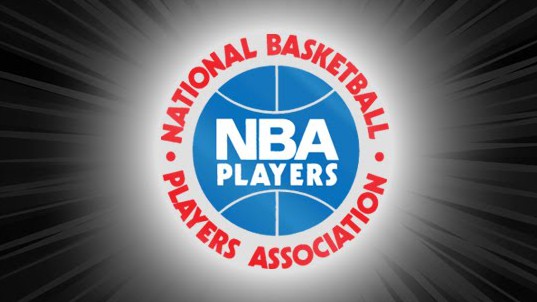 Where is she from? Bronx, New York, by way of a high-profile Washington D.C. law firm

Where’d she get her degrees? She got her B.A. from Wesleyan University (1977) and her J.D. from University of California-Berkeley (1980).

Do I know her from anywhere? Probably not, unless you’re super into the D.C. legal scene, but Roberts is widely considered one of the best and most respected litigators in the country. For the last few years she has been a litigation partner at Skadden, Arps, Slate, Meagher & Flom LLP (colloquially known as “Skadden” in legal circles) after moving there from Akin Gump Strauss Hauer & Feld LLP (“Akin Gump”) in 2011. Before that she worked for eight years as a public defender in Washington, D.C., eventually being named Chief of the Trial Division. She is also an adjunct professor at Harvard Law School, where she teaches a trial advocacy workshop.

What kind of law does she practice? Her Skadden bio lists litigation; international litigation and arbitration; mass torts, insurance and consumer litigation; securities litigation; and class action litigation as her related practices, but she tried criminal cases for years and she’s worked on matters related to contracts and fraud as well.

Did she once give an interview in which she discussed her legal heroes? You betcha.

Who were they? Thurgood Marshall, the first African American to serve on the Supreme Court; and Charles Ogletree Jr., one of the most decorated African American lawyers in the country and a mentor to President Barack Obama.

Anything else interesting in that interview? Roberts said that if she weren’t a lawyer, she’d either be a backup singer for Luther Vandross or tending a beach bar in Jamaica.

Has she received any recognition for her trial work? Uh, yeah. From her profile at Skadden:

Ms. Roberts repeatedly has been ranked in the top tier for Litigation: Trial Lawyers in both Chambers Global and Chambers USA. She was the recipient of the Business Trial Lawyer of the Year at the 2011 Chambers USA Awards of Excellence. Ms. Roberts also was named a finalist in the “Litigator of the Year” category at the inaugural Chambers USA Women in Law Awards 2012. She was named one of Benchmark Litigation’s “Top 250 Women in Litigation” in 2013, was selected for inclusion in The Best Lawyers in America 2013-2014 and was included in the list of “Top Guns” in the Ethisphere® Institute’s 2012 “Attorneys Who Matter” rankings. In addition, she has been included in Who’s Who Legal – Business Crime Defense 2013 and Lawdragon 500 Leading Lawyers in America 2013. When the Washington Business Journal was looking for innovative and inspiring leaders, they named her to their 2010 “Women Who Mean Business” list. In 2007, she was recognized as one of Washingtonian’s “Big Guns: Top 30 Lawyers in Washington, D.C.,” and since 2003, Washingtonian Magazine has named her to its top lawyer rankings, including 2009’s list of Washington’s “100 Most Powerful Women.” In 2006, The Legal Times also listed her among the top 10 white collar lawyers in Washington, D.C.

Who’d she beat out for the executive director gig? According to Jeff Zillgitt at USA Today, the other candidates were Dallas Mavericks CEO Terdema Ussery and Information Technology Industry Council president Dean Garfield.

What was the margin of victory? Roberts got 32 of the 34 votes cast with two abstentions, according to Yahoo’s Adrian Wojnarowski.

Was the decision rife with controversy? Are you kidding? This is the NBPA! Sacramento mayor and former NBA All-Star Kevin Johnson united the union in the wake of the Donald Sterling scandal and was then selected to lead a search committee looking for the new executive director, but he abruptly left the process over the weekend in an apparent dispute over control with the executive committee, led by union president Chris Paul.

The three finalists each made 45-minute presentations to the players on Monday night in Las Vegas, after which the executive committee and player representatives voted for the new executive director. Some union members were apparently frustrated with not being allowed to cast personal votes.

Lots of frustration about this process. With only team player reps allowed to vote, players who aren't reps who came feeling voice-less.

Agents were also apparently pushing behind the scenes to have the process delayed once again.

How does Jerry Stackhouse feel about all that? Not great, Bob.

Stackhouse: "This executive committee is all about them." He's blaming them for "trying to save face" by bringing back Roberts for 2nd time.

Stackhouse called the election process "a joke" and "it reeks." Strong belief with one player rep is Michele Roberts will prevail.

Did Roberts quote a popular TV show in her speech to the players? Yes, she did.

In all seriousness: Why do NBA fans need to know her? Roberts is the first woman to lead a male pro sports league union in North America, and she is about to become one of the most important people in basketball.

Roberts is being trusted to lead the NBPA out of maybe the most turbulent period in its history. After enduring the 2011 lockout and the ensuing Billy Hunter scandal, the union ran a protracted 18-month search for a new executive director that was marred by stops and starts, infighting, and all the other fun stuff associated with the NBPA the last few years. Even Roberts’s election had the usual sniping and squabbling attached to it.

With a lockout looming in 2017 and the players never seeming more disorganized, Roberts has an incredibly tough job ahead of her. Not only does she have to unite a massive group of players with divergent and disparate interests, she also has to gear up for a fight with the owners on issues like the age limit (commissioner Adam Silver’s pet issue), the maximum contract, shorter games, midseason tournaments, and more.

The NBPA couldn’t have appeared more unprepared when the owners locked out the players in 2011. Unlike the NFL Players Association, which had a plan of action ready to go and implemented it on Day 1 of the lockout, the NBPA often seemed haphazard and discombobulated, with players flitting in and out of meetings on a whim, leadership at the top splitting on multiple issues, and JaVale McGee pulling JaVale McGee nonsense.

The union needs to present a strong, unified front from the get-go next time around in order to not get creamed again. The job of pulling the players together will primarily fall on the shoulders of Roberts and Paul. Only once the players are united can the real work begin. They certainly need a better PR strategy than last time, and they should know well in advance what stances they’ll take on the major issues as well as the minor ones. If there’s a chance they think they’ll need to decertify the union, that plan needs to be ready to go the second the owners lock the doors.

Roberts is a strong negotiator, but the coming labor agreement will obviously be her first in charge of a major sports union. The same is true of Silver, who was a litigator himself before coming to work for David Stern and the NBA. This is all to say that you should start preparing now to hear a whole lot of legalese in the summer and fall of 2017 as Silver and Roberts go back and forth in negotiations.

The Forrest Gumps of the NHL

Why Does Jeanie Buss Look Like an Apparition at Byron Scott's Press Conference?