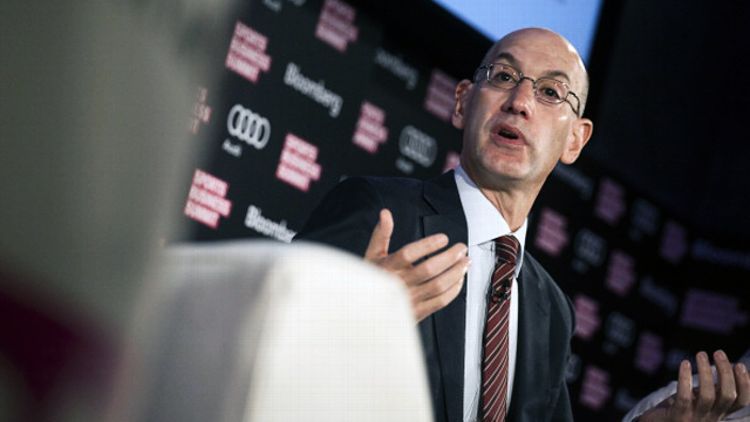 The NBA is concerned about the length of games, which is why I proposed over the summer that the league should cut the game time from 48 minutes to 40 — an idea incoming commissioner Adam Silver is said to be interested in. (Silver informally proposed the 40-minute game, as well as a three-minute overtime, to owners over the last couple of seasons, according to several team sources. The proposals, to be totally clear, were very informal, intended only to gauge opinions.)

Those are dramatic changes, and a segment of fans responded by essentially declaring: “No way! An NBA game is 48 minutes, and that’s that! Who cares how long games are?” The league cares, and so do TV partners that like certainty in broadcast windows and understand how much competition they have for eyeballs — even as TV sports remains perhaps the last DVR-proof “event” television. But fans are right that the league can start by trying smaller changes, especially during crunch time, which can be interminable. The league has already started down that road, mostly by increasing the penalty for intentional off-ball fouls in the last two minutes of regulation. International leagues have gone further by prohibiting live-ball timeouts. The NBA has tweaked on the fringes elsewhere by cracking down on pregame rituals after the introduction of starting lineups and blowing warning horns to hustle teams out of timeouts.

All good ideas, but merely tweaks. They likely won’t move the needle, especially as the league expands instant replay. More dramatic changes may be necessary, which is why it’s always smart to watch what the D-League does regarding game length. Rule changes in the D-League don’t happen by accident, especially rule changes that introduce stark differences between the D-League and its parent league. They happen because the NBA is interested in seeing how they play out.

The D-League is a couple of seasons into a mission to get its games into a two-hour broadcast window, says Dan Reed, the D-League president. But it’s stuck with an average game time around 2:13, and so they’re going further this season than they have before, Reed told Grantland last week.

• The D-League is slashing the number of timeouts available to coaches from eight per game to seven, Reed says. Each timeout will be a flat 30 seconds, a change that is obviously impossible at the NBA level, since broadcasters need extended timeouts to air commercials. Turning 20-second timeouts, which the D-League has used, into 30-second timeouts, is a canny way of acknowledging that 20-second timeouts are misnamed. The league is also introducing a use-it-or-lose-it rule, so teams that arrive at the last two minutes in regulation with more than two timeouts will forfeit any they have in excess of two.

That’s not such a big deal, because of the mandatory TV timeouts built into D-League (and NBA) games. Those are charged to teams, generally on an alternating basis, meaning teams automatically lose one of their seven timeouts per quarter. The most timeouts a team can have at the two-minute mark of regulation is three, so the use-it-or-lose-it provision can only dock teams a max of one timeout. The NBA already has a similar rule on the books, but NBA games also feature two additional mandatory TV timeouts — those awful stoppages near the nine-minute mark of the second and fourth quarters. The D-League rule change would represent the net loss of one timeout on the parent level as well.

• The D-League, for the first time, is banning a defensive team from calling timeout during an inbounds play if the offense previously called a timeout to set up that play. In other words: no consecutive timeouts. The rule applies for the entire game, not just crunch time, Reed says.

These are big changes, and they did not come easily, Reed says. Coaches, like players, view the D-League as a place to hone and show off their skills, and not all of them were excited about losing a chance to draw up plays. The D-League has discussed other changes, including a FIBA-style ban on live-ball timeouts, and a rule that would eliminate a timeout and replace it with a free advance of the ball. (In other words: You don’t get a timeout, but you can pause the game and start your next possession from midcourt instead of underneath your own basket.) “I’m not sure anything is off the table,” Reed says.

The D-League has also discussed reducing the length of halftime, which is when advertising buys at all levels are cheapest; companies paying for their ads to be broadcast correctly assume fans change channels during halftime. This is one factor that mitigates against the possibility of expanding halftime and cutting one or two in-game ad breaks in exchange, an idea Jeff Van Gundy and others have proposed.

Again: Nothing in the D-League happens without some degree of influence from above. Reed says this is not a case of the NBA directly asking him to implement changes, but he acknowledges the parent league’s interest in cutting game length. “They are certainly interested in learning if there is anything to apply down the road,” Reed says.

Networks that air D-League games are in favor of the changes, even though it could reduce broadcast windows by 15 minutes, Reed says. “They like high ratings at the end of the day,” he says. “And an exciting game that fans can more easily fit into a busy schedule makes it more likely they will want to tune in. We recognize we are in a world where people have more demands on their time. There are more distractions, more obligations, more media out there to consume.”

Broadcasters also like the idea of knowing, with some degree of certainty, how long a block of programming will take. It makes it easier to sell and price ads, and shorter games might generate more stickiness with viewers. Ratings aren’t just about how many people are watching a game at any one moment. They are also about how long the average viewer stays on a discrete piece of programming before flipping elsewhere.

It’s popular, and very easy, to say the NBA will never consider reducing game length (or the 82-game schedule, a separate but connected debate) because it will reduce commercial time, or ticket prices, or some other variable that helps determine the size of the league’s TV deal (due for renegotiation now) and its general financial health. But that equation — more = better — may not hold in perpetuity.