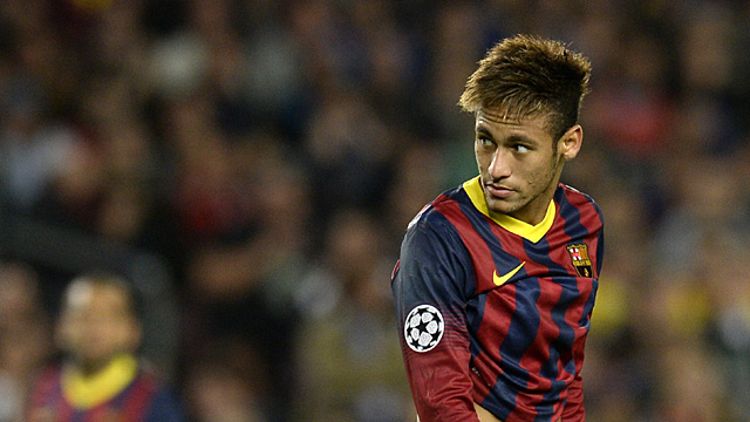 I realize the snake eating its own tail that is a member of the media writing about the lack of positive attention given to Barcelona by the media, but it does feel like the Catalan club have not quite gotten the attention they deserve this season. Over the weekend, Barcelona beat Real Betis, 4-1, without Lionel Messi for much of the game. They are at the top of La Liga, three points clear of Atlético Madrid. Alongside Bayern Munich, Manchester City, and Atlético, they’ve clinched a berth in the UEFA Champions League Round of 16. Across all competitions Barcelona have opened their season undefeated through 19 matches. We should be talking more about them.

The lack of attention is probably a result of fatigue. There is little new to appreciate about Barcelona. This is not a “Barcelona is boring” argument. They aren’t; to watch them play is still to be enraptured. But what is there left to say? Barcelona’s midfield is still perfectly balanced, their fullback width is still inch-perfect, they still string passes together as if choreographed. This has been true for years.

There is still Lionel Messi to discuss, who, despite his recent fitness issues, remains a constant threat to provoke a questionably informed Ray Hudson treatise on 17th-century Dutch painting. But words have always felt insufficient in describing both Messi and his team’s brilliance; that Hudson’s semi-coherent rants are the words we hear when we think of the greatest player in the game feels important. After the past decade, what new words do we need aside from Dadaesque silliness?

No, if we’re going to talk about Barça this season, we need to talk about Neymar. The novelty of the young Brazilian marauding on the wing has given the Blaugrana a refreshing new-car smell. Despite having tantalized from afar in his time at Santos and with the Brazilian national team, Neymar brought with him a strange sense of “Is he for real?” when he arrived in Spain, as if no South American had settled there before. And clearly he is for real, both insofar as his body has been present on the pitch after an early bout of illness, and in that his game has already translated to European football. But his brilliance this year has defied our expectations of what constitutes brilliance at Barcelona. Neymar does not precisely know where he needs to be to open up a passing triangle, so he compensates by effectively being everywhere, using his lunatic pace and boundless energy. He may not yet instinctively be able to one-touch pass to his teammates every time, so occasionally he will take three touches, each so gentle you could fall asleep on them. His devastating ability to nutmeg defenders and create contact through his movement makes him a more approachable Luis Suarez. Hold on, let’s watch him nutmeg two defenders at once on an assist:

And again on a goal, in his first Clásico:

We good? OK. Yes, Neymar goes down easily (though not Ashley Young–easily, it should be pointed out), but he at least has the dignity to refrain from making that hideous Sergio Busquets face that suggests he just spent time on the Event Horizon.

Despite Neymar’s lack of time at La Masia, he has outpaced the superstars who have come before him in terms of integrating himself into Barcelona’s setup. As opposed to Zlatan Ibrahimovic, Thierry Henry, Alexis Sanchez, and David Villa, Neymar does not have to take up the central portion of the pitch. Yet his speed coming off the wing allows him to still make an impact centrally. Messi doesn’t need a big no. 9 to play next to; that sort of player just gets in the way (only Barcelona can turn Zlatan into Andy Carroll). But Messi, we’re learning, can use a world-class inverted winger capable of scoring or creating in equal measure. And as Messi’s muscles continue to fail him, Barcelona can use a player to rival his attacking creativity. It seems quite obvious in retrospect.

Through 13 matches across all competitions with Barcelona, Neymar has four goals and eight assists while completing 85 percent of his passes. These numbers, combined with his positioning on the field, suggest that Barcelona effectively have a younger, more gifted Franck Ribéry on their hands. Against Betis, Neymar was the most compelling player on the pitch, scoring a goal and creating a chance. Watching him, though, it seemed as if he could have just as easily quadrupled those numbers had he more familiarity with his team. The prospect of him running rampant on the Camp Nou field is enough to make any man scream like Ray Hudson.

Neymar vs Milan by Fastgoalss241