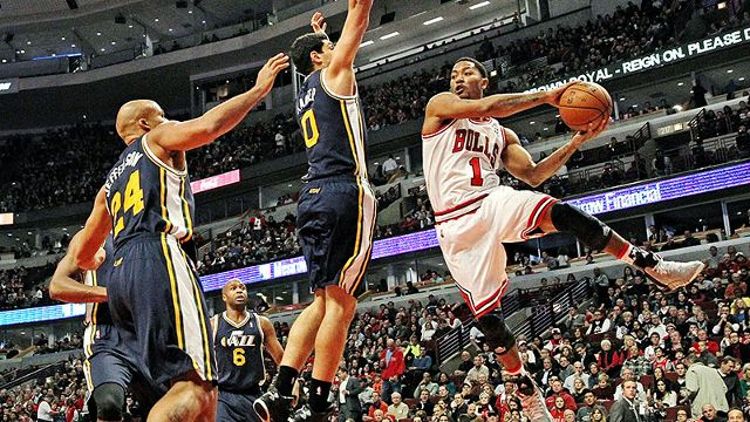 Smart gamblers are all alike. Every miserable gambler is alike, too. Both are narcissists — the smart gambler believes in the power of his reason to stave off the generations of other smart gamblers who ultimately fall into degeneracy; the miserable gambler believes that God has the time to shit out bad cards just to fuck up his car payments. Neither are particularly nice people, but given the choice, I prefer the miserable over the smart.

I cannot stand the steely, Roarkian way smart gamblers carry themselves, nor can I support the idea that they, who spend their lives ripping off degenerates, have lived an enviable life (in 50 years, there will be a specific term for it like “optimized Asperger’s” or something like that). And while I’d rather not listen to a miserable gambler bitch about the fourth spade that fell on the river and the $580 Seat 2 pushed into the middle with the four of diamonds and the six of spades and the shitty four-card flush that beat his pocket aces, I’ve found that miserable gamblers, on the whole, at least have a sense of humor about themselves. Or, to put it more simply, the miserable gambler will always show you naked photos of his “girlfriend” on his iPhone. The smart gambler will be the asshole who points out the very slim chances that the girl on the screen would ever be seen in public with the miserable gambler. Both guys have a point, but I guess I’ve reached the age when I’d rather just say something nice about the photo and go back to telling my bad table jokes about Korean people.

The only type of gambler I cannot stand is the miserable gambler who thinks he’s a smart gambler. Unfortunately, that is 98 percent of the gambling population.

Which is all to say, let’s keep our humor, you and me, as we gamble through this NBA season. There are smart gamblers, but with a few notable exceptions, you probably wouldn’t want to meet them. Let’s enjoy the legion of dumb parlays and arbitrary rules that will have every bookie in Koreatown spitting out his soju and asking everyone in the bar, “Hey, do you know anyone related to this idiot, because I’m about to buy my mom an S-Class.” It’s a learning process.

For example, in the comment section of my first installment of NBA Betting Lines, reader David Benson-Putnins, who apparently has some affiliation with Oxford University, wrote, “Bad news Jay, if you and your buddy are both under .500 picking games individually, when you team up and only bet when you agree statistically you will end up being even worse.” When I asked for an explanation, Eric Hogue of DeKalb, Illinois, who I assume is a bright dude because he is wearing a graduation cap in his Facebook photo, wrote this:

Additionally, if you’re simply betting on far too many games you’d expect to see that number get even WORSE, because the average on those games would be closer to .500 (akin to guessing on every T/F question or flipping a coin rather than reading the question on a test).

As a quick refresher, my gambling “system” this year involves me consulting every morning with My Scrabble Friend to go over the lines and submit our picks. Whatever games we agree upon, we discuss further and then narrow those choices down to a couple of “locks.”

Apparently, this “system” is dumb. To David and Eric, I have two responses.

1. I was always a year ahead in math in school. Apparently, the fact that I could barely do fractions was less important than the fact that I was one of like eight Asian kids in my school. This sham lasted all the way up until my junior year in high school, when I ruined the district’s average by throwing up a “1” on the AP calculus exam.

WE GOT THE TEAMWORK TO MAKE THE DREAM WORK!

(By the way, if anyone can explain what Roger McDowell is doing at 0:54 in that video, please, please, please submit your oral history to editors@grantland.com.)

ARBITRARY RULE ALERT: Until Derrick Rose looks like Derrick Rose, take the Bulls’ under, especially when they’re playing the Cavs, owners of a ghastly 0.838 points per possession, good for 29th in the league. I have no idea how this game gets up to 187 points. The Bulls couldn’t crack 100 points at home against the Jazz on Friday. The Cavs can only score in transition. Chicago does not allow transition opportunities and they have locked down their opponents in the half court. The Cavs’ half-court offense under Mike Brown has quickly devolved into the usual Mike Brown offense, with Kyrie Irving playing the role of LeBron/Kobe. I like Irving a lot, but if your offense failed with two of the 10 greatest players of all time, why would it work with Irving, a bunch of anonymous wing players, and the shell of a shell of Andrew Bynum? Take the under.

This line jumped out at me because the Spurs will be on the second night of a back-to-back and don’t really need to play too much of Tim Duncan and Tony Parker to beat the Sixers. Through seven games, the Sixers have run a lot less at home than they do on the road, but that’s obviously a very small sample size. The Spurs’ total has gone under in four of their last six games, all of which is enough for me to pick the under here.

When do the Raptors officially go in the tank? No team has more of an incentive to lose and lose badly. If the Raptors get Andrew Wiggins of Thornhill, Ontario, in next year’s draft, they immediately become a national story and can rally up the entire country’s interest in a young core of Wiggins, Jonas Valanciunas, and Terrence Ross. (If you’re about to say, “CANADA ONLY CARES ABOUT HOCKEY,” please consider that there were rumors last week that the Raptors were inquiring about the availability of Steve Nash, who is from British Columbia and can no longer play professional basketball.) I don’t think anyone can confidently bet on the Raptors to cover any reasonable line this year. Their 3-4 record is a bit of a sham as their wins have come against the Celtics, Bucks, and Jazz.

The Rockets, meanwhile, are a different kind of mess. Their pace stats, per ESPN’s Hollinger Team Statistics, have actually gone up from last year, but their offensive efficiency, as a whole, has gone down a tick. Kevin McHale seems a bit too open to Dwight Howard’s suggestion that he is a force in the low post. Howard has 65 post-up possessions this year, two less than league leader LaMarcus Aldridge. Howard has scored 38 points, good for 0.603 PPP. Nine players have had more than 40 plays in the post this season. Howard ranks second to last on that list, barely edging out Pau Gasol.

I can’t imagine what goes through McHale’s mind when he watched Howard fumble around in the post, get fouled, and miss free throws. Listen, it’s early in the season and I’ve always been on the “Dwight isn’t as bad in the post as he looks” bandwagon, but this is an aesthetic issue. The most graceful post player in the history of the league now coaches one of the clunkiest. It’s like asking Cate Blanchett to give acting lessons to Jennifer Aniston. Look, I know you bring in the dollars and some people really like you, but I just can’t do this anymore. It hurts my soul to watch you.

Wait, was I supposed to come to some conclusion here? Um. Take the Rockets to cover. If they can’t beat the Raptors by nine at home, I have no idea who they are.

This is Framey’s Chinese food parlay for Monday:

To be fair, since we became friends, I have gained 15 pounds and he has lost 15. But Framey is a faaaaaat guy in a slightly dumpy guy’s body and we’ll see where those numbers are once we both hit 40. His NBA parlay: