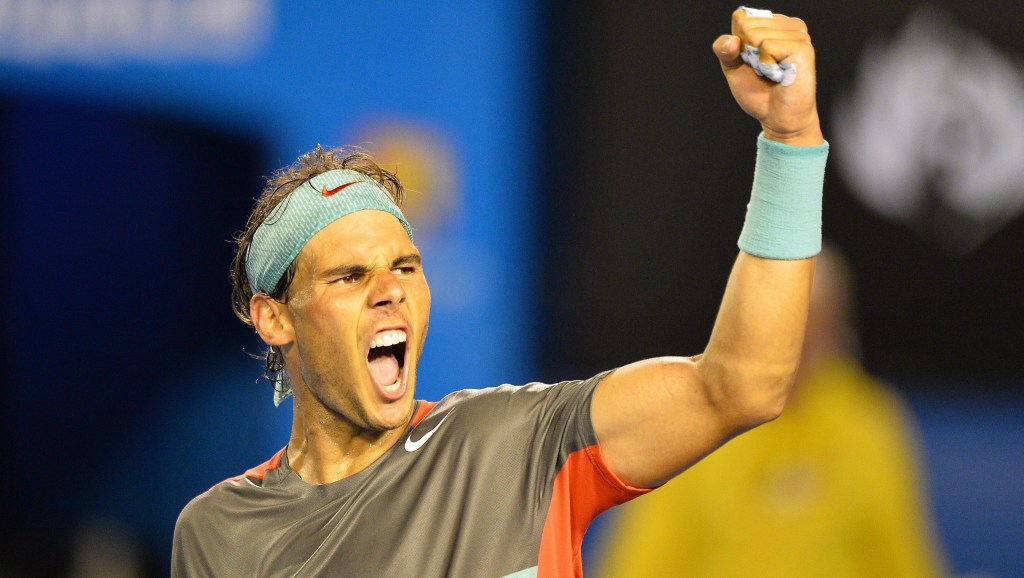 In case you were busy wondering if cannibal rats are rats that eat people or rats that eat each other, here’s what you missed in sports on Thursday:

• Rafa Nadal was comprehensive in victory in the Australian Open semifinals, beating longtime rival Roger Federer in straight sets 7-6, 6-3, 6-3. “I’m glad it was you, old friend,” Federer said as the two men shook hands at center court after the match. While the words seemed like nothing in the moment, they continued to ring in Nadal’s mind as he changed after the match. “Old friend?” Nadal muttered to himself as he ran his fingers through his thinning hair. “Old? Rafa cannot be old. Rafa is youth and power. Rafa is boy genius. Rafa is … ” Nadal paused, his knees ached, he could feel the inevitable creep of his own baldness, the blisters on his hands that would soon become callouses, scars. He thought of his life, now a third over, and that all of his energy had been spent singularly. He had no friends to speak of — despite Federer’s comment the two never spoke outside of tennis-related functions. He had no interests, no specific passion for matters artistic. He ate only for the calories and had sex only for the release. And in the world he lived in he was old. Old and doomed. Perhaps he should relax, and start broadening his horizons, he thought. Perhaps take in a night at the theater before the final — “HEY!” Nadal exclaimed, cutting off his train of thought, before screaming, “Nice try, Rog. But Rafa cannot die!”

• On the same day he found out that he would not start the All-Star Game, LaMarcus Aldridge poured in 44 points as Portland came from behind to beat the Denver Nuggets 110-105. “I wasn’t motivated by the slight,” Aldridge said after the game. “I mean, sure, I was left off for Kobe Bryant, who has barely played, but it wouldn’t be an All-Star Game without Kobe!” A visibly nervous Aldridge then looked over both shoulders and said, “I mean, Kobe is an All-Star at lots of things. Including standing behind me when I least expect it.”

• Red-hot Sharks center Joe Pavelski’s 19th goal in his last 21 games was all the scoring his team needed as San Jose beat the Winnipeg Jets 1-0. Pavelski’s run has coincided with his move to the top line alongside Brent Burns and Joe Thornton, once again proving that sometimes life imitates art. The art in this case being the 1999 film Deep Blue Sea, which imagined a team of hyper-intelligent sharks working together to kill a character played by actor Samuel L. Jackson. The life is Shark forwards becoming hyper-intelligent together on the ice, so that they can work together to kill actor Samuel L. Jackson off of it.

• Seahawks wide receiver Percy Harvin has been cleared to play in the Super Bowl, giving Seattle an extra offensive element as it heads into its matchup with the Denver Broncos. The only question left for Seahawks fans is how to reverse-jinx Harvin’s return so that he isn’t reinjured before the big game. Some are approaching the matter with gallows humor, suggesting that, “It’ll be fun to see him take back a kick in practice and then spend next Sunday in street clothes.” Others are just shaking their heads when Harvin’s name is mentioned lest they invoke whatever force it is that continues to haunt Harvin’s brief career as a Seahawk. I personally am approaching the issue by writing the paragraph you are reading right now, in which I openly acknowledge the need for a reverse jinx, and then leave the means by which it might be accomplished open-ended.

• Knicks forward Andrea Bargnani has been ruled out indefinitely, after suffering an elbow injury in a failed dunk attempt from Wednesday’s game. “This is great news,” a boy said to his father in a small apartment in Queens, as the announcement was made on WFAN radio. “We hate Bargnani, right, father? Right?” The father watched silently as the boy danced around, before reaching out his hand and pulling his son close to his Barcalounger. “We never root for Knicks injuries, boy,” the father said, his voice low, firm. “To love is sometimes to hate. But it is never to wish for the one you love to disappear.” The boy looked up at his father, who was on the verge of tears, and asked, “Are you talking about mom or Bargs?” The father looked at the boy and said nothing.

Vegas Turns Its Attention to the Super Bowl