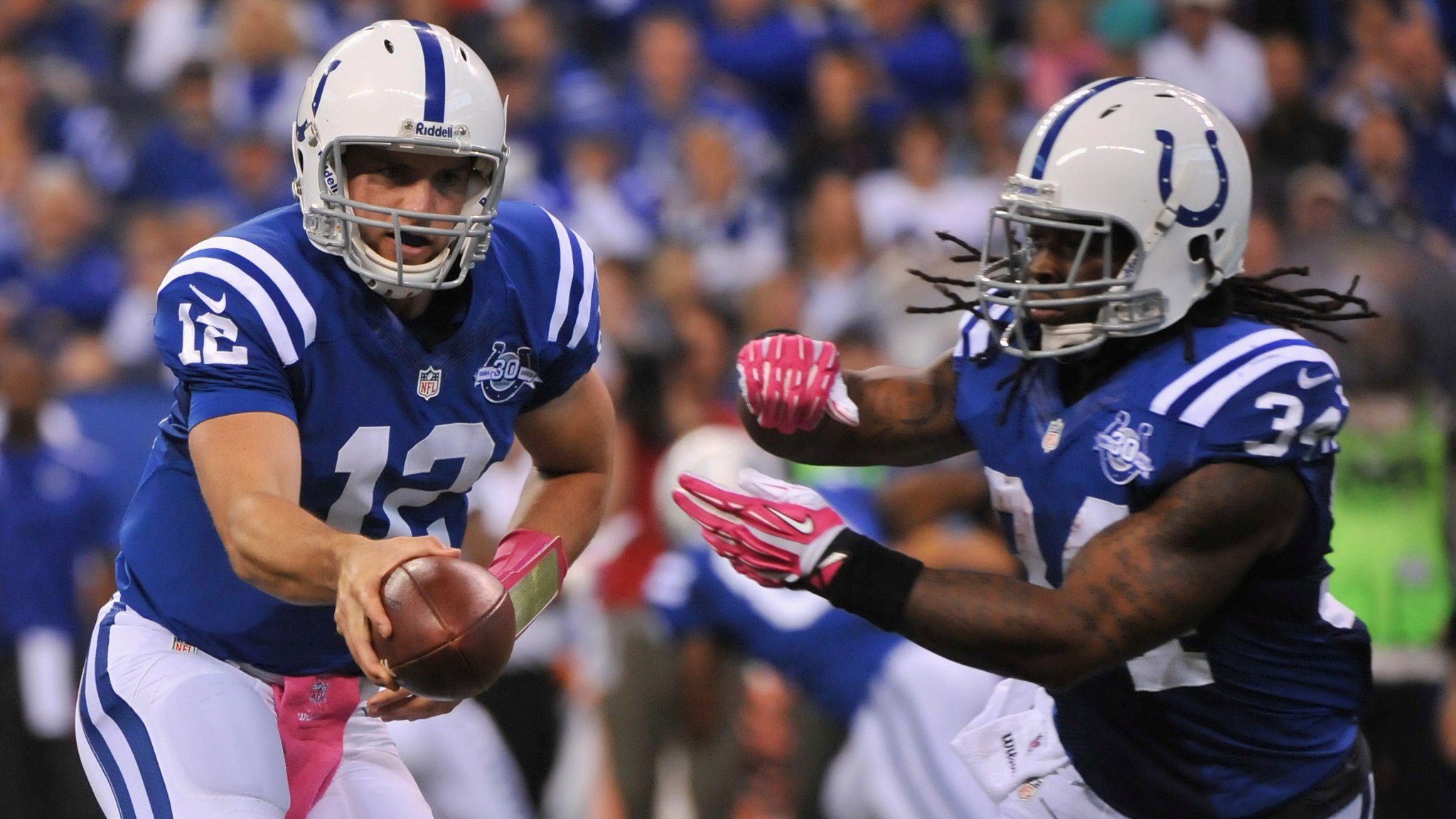 With the Super Bowl set, that means 10 of our original 12 playoff teams are off on a beach somewhere. Before all the Seahawks-Broncos madness begins, we wanted to do a quick rundown of what the rest of this year’s contenders might have to do this offseason to make sure they’re the ones playing in early February next year. Today, it’s the AFC (read our breakdown of the NFC here).

By the end of the season, the Patriots’ defense had been beaten up beyond recognition. With everyone back healthy next year, New England has a chance to field a pretty solid group. Brandon Spikes is probably gone, but Jamie Collins’s play late in the season showed he’s more than ready to take over. With Vince Wilfork and Jerod Mayo back, the Patriots’ front seven should be fine (although another pass-rusher, one to complement Chandler Jones, and to spell Rob Ninkovich on nickel downs, would be useful).

The pressing issue is in the secondary, where Aqib Talib is a free agent after signing his one-year deal last offseason. Talib was a shutdown corner in the early part of the year, but his play dipped a bit after the hip injury he suffered in Week 6. It would be a surprise to see Talib walk. The Patriots are thin at corner, and it seems like Bill Belichick is a fan of what Talib can do. He played this year on a one-year, prove-it deal, and for the most part, he did just that. 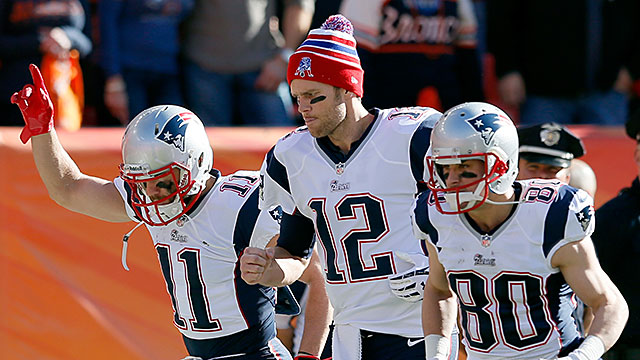 On the other side of the ball, Julian Edelman is really the only free-agent question that needs answering. With Rob Gronkowski and Danny Amendola spending most of the year either out or hobbled, Edelman quietly put together the best season of his career: 105 catches for 1,056 yards, and six touchdowns. It wouldn’t be beyond Belichick to let Edelman walk, keeping in mind that the Patriots took Aaron Dobson in the second round only a year ago, and Amendola was paid a lot of money to serve in Edelman’s role. But at a certain point, Tom Brady can only lose so many reliable targets. There’s no guarantee Gronkowski is ready to start the season, and even if he is, the Patriots need to get another pass-catcher somewhere early in the draft. New England still, somehow, managed to be a top-five offense this year, but there’s no sense in making it harder than it has to be.

Like the Panthers in the NFC, in some ways, the Chargers look like a young team whose trip to the playoffs could mean the start of something. But somehow, San Diego’s cap situation is even worse than the one in Carolina. Luckily, there are some obvious fixes. San Diego has a number of logical cuts (Jeromey Clary, Derek Cox, Eddie Royal, Le’Ron McClain) that could save them close to $15 million on next year’s cap. Clary is the only player who would need immediate replacing, and looking for a guard in the second round would make sense.

There are other questions on offense, like finding a no. 1 receiver, and what to do with Antonio Gates and his $7.4 million cap hit next year, but the defense is the real issue in San Diego. Cornerback was a disaster this season, and it would be surprising if the Chargers didn’t go that direction with one of their first two picks. With their current cap situation, that seems like the only option. They could also use some pass-rush help, especially if they decide to save $3.5 million by cutting Dwight Freeney. The former Colts legend was excellent in the three games he finished before going on IR, but he’s almost 34 and coming off a season-ending injury. Overall, the job Mike McCoy and his staff did this year was impressive, but general manager Tom Telesco has some cleaning up to do if this team is going to get any better this offseason.

On the other end of the cap-health spectrum is the Colts, who have close to $25 million to spend this offseason. Some of that money should go toward finding a cornerback, whether that’s in-house, with Vontae Davis, or one of the other top players that might hit the market. Davis was Indy’s best defensive back by far this year, and locking him up might be easier than worrying about integrating someone else into the defense.

Just about every other position on the defense could use a talent upgrade — even defensive line, despite all the free-agent money the Colts used last offseason to bolster their front seven. The pass rush was nonexistent outside of Robert Mathis. The Colts will hope that last year’s first-round pick, Bjoern Werner, develops after missing a portion of this year because of injury. In tems of defending the run, Cory Redding had a nice season, but another big body in the middle (and maybe another thumping linebacker) would certainly help.

The most glaring need on the entire roster, though, is actually in the interior on offense. Indy has invested a lot in its tackles, both of whom had fine years, but it can’t afford another season of the kind of guard play it just experienced. Getting back Donald Thomas, who the Colts signed last offseason but lost after just two games, will be key, but they probably need an upgrade at center or the other guard spot.

It wouldn’t be a surprise to see one of their other early picks go toward a receiver. Even if Reggie Wayne does come back healthy next year, he turns 36 next season, and we saw what happens when Andrew Luck is down to just T.Y. Hilton. 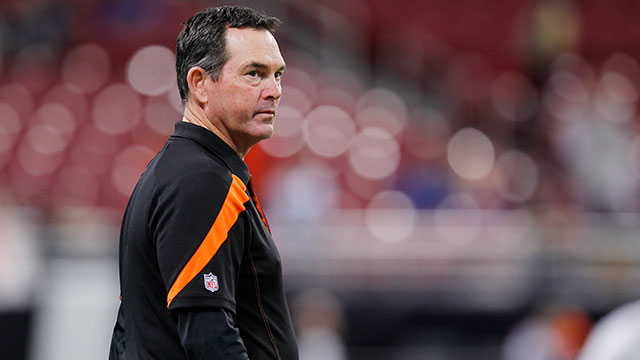 From a personnel standpoint, the Bengals are in better shape than maybe any team outside of Seattle or San Francisco. Cincinnati has more than $24 million in cap space this offseason, and most of the deals it had to worry about making are already done. Geno Atkins and Carlos Dunlap were re-signed before the season, and the only real decision left to make is about Michael Johnson, who played this year on the franchise tag. There’s a good chance that rather than sign Johnson to the type of five-year, $40 million extension they gave Dunlap, the Bengals will be content to let the combination of Wallace Gilberry and 2013 second-round pick Margus Hunt hold down that defensive end spot. The defense is more or less set everywhere else, with Leon Hall’s ability to come back from his second torn Achilles in three seasons being the major question.

The question about Hall is complicated by factors that have nothing to do with depth or the salary cap. Cincinnati survived injuries to its two best defensive players this year without missing a step, but part of that was having a defensive coordinator that more than one team wanted as its head coach. With Mike Zimmer taking the head job with the Vikings, it’s reasonable to wonder whether someone else can get as much out of a Bengals group made up of castoffs and mid-round picks.

Most thought the reason Zimmer hadn’t gotten a head coaching job until now was because of presentation, rather than qualifications. He’s a loud, honest, brash guy who’s never been afraid to say exactly what he thinks. It’s something anyone who watched Hard Knocks or read what Zimmer had to say about Bobby Petrino leaving the Falcons is well aware of.

Zimmer is very similar to Parcells and will challenge everyone to be the best they can be. I love that guy and he will always be with me.

Offensively, the biggest question coming out of this season has already been answered. Marvin Lewis has made it known that Andy Dalton is his starting quarterback going into the next campaign, and that the Bengals have no plans to spend a high pick on one in May. Knowing that, there shouldn’t be much change for Cincinnati, nor does there need to be. Swing tackle Anthony Collins is a free agent, and there’s a chance he gets re-signed after playing well following Andrew Whitworth’s move inside to guard.

The first priority for Kansas City is figuring out which of those two defenses — the dominant one from the season’s first half or the one that got torched in Indianapolis — is the real one. It’s not a coincidence the Chiefs looked worse when Tamba Hali and Justin Houston went down in the middle of the year, but the problems were starting even before that. Getting one of the league’s best pass-rush duos back healthy to start next year will go a long way, but John Dorsey has some questions to ask about the rest of his defense.

Kansas City is right up against the salary cap, but there are a few moves that could give it a bit of relief. Dunta Robinson is a logical cut that would save the Chiefs more than $3 million; he was probably the weakest link in a cornerback group that started giving Kansas City problems later in the year. With the needs they have elsewhere, there’s a good chance the Chiefs are going to bring back the same group next year, but we saw that, without a dominant pass rush, K.C.’s man-heavy scheme is a lot to ask from this particular collection of guys.

Free agents on that side of the ball include Tyson Jackson and Akeem Jordan, both of whom will need to replaced somehow. The Chiefs are also set to lose two starting-caliber guards in Geoff Schwartz and Jon Asamoah. Add to that Branden Albert’s pending free agency, and offensive line looks like an issue for Kansas City. Eric Fisher had very real problems in his rookie season, and if Albert does leave, there’s a chance Fisher could start next year on the left side. Considering the potential offensive line woes, the funds tied up in a possible Alex Smith extension, and how badly the Chiefs need another receiving option to pair with Dwayne Bowe, there’s a real chance Kansas City takes a big step back offensively.