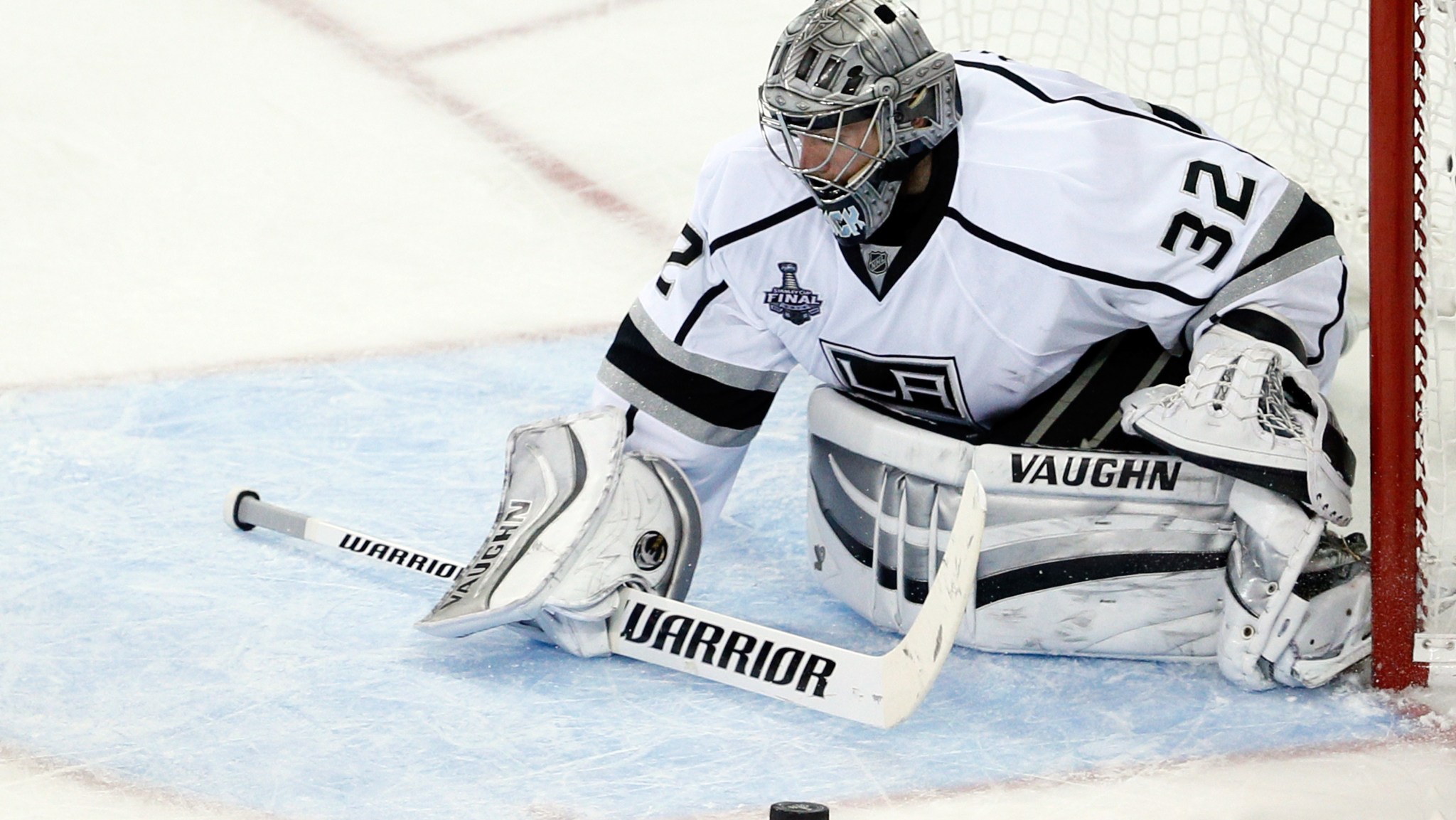 In case you were busy changing your mind and suing yourself to prove you are mentally capable of holding onto a multibillion-dollar asset, here are the top six stories you missed in sports on Monday:

In Quick being nimble:

Los Angeles goalkeeper Jonathan Quick was immense, making 32 saves as the Kings moved a win away from the Stanley Cup with a 3-0 victory over the New York Rangers. “We are the Kings and we shall never die!” declared Quick after the game whilst holding a goblet of brandywine in one hand and two wenches in the other. “Give us the trophy now so it will languish no longer in the hands of mere mortals.” When asked if he was worried that his hubris would be punished, Quick cackled at the heavens, took a big bite out of a turkey leg, and said, “What, with a 3-0 lead? Who has ever heard of a 3-0 lead being overturned by anyone other than the Kings? We are the Kings and we shall never die. Never die, I say! Never die!”

Mike Trout had a home run overturned, leading to a Mike Scioscia ejection, but the Los Angeles Angels still beat the Oakland A’s 4-1. “With a guy like Mike, you just never know when he’ll get a moment like that again,” a still furious Scioscia explained after the game. “How dare they rip that feeling away from that kid. How dare they!”

In confusing amounts of money:

Dwyane Wade was fined $5,000 for his flop in Game 2 of the NBA Finals against Manu Ginobili. To put this punishment in perspective for the average American, this is financially the equivalent of being fined nothing for doing nothing, and also you’re going bald much like Manu Ginobili.

Kentucky head coach John Calipari was reportedly offered $80 million to coach the Cleveland Cavaliers on a 10-year deal that would also have had him assume the role of team president. Chalk Calipari’s refusal to take the job up as another example of Cleveland being the luckiest city in sports. I mean, can these guys stop catching breaks?

Former Lakers and Thunder point guard Derek Fisher has agreed to coach the New York Knicks, signing a five-year, $25 million deal that will reunite him with former coach Phil Jackson. A boy and his father took in the news from their small apartment in Queens. “We got a coach,” the boy said to his father, who stared straight ahead and said nothing. “It’s Fisher,” the boy added, “Derek Fisher.” The boy, anticipating his dad’s silence, watched his father’s eyes. They flicked back and forth, as if his father was processing his own mortality. Fisher, once an enemy, now the leader of his team. Fisher, once a young man, now a coach. Fisher, once less than Jason Kidd … the thought was too much to bear for the father, who scrunched up his face and said, “I don’t know,” breaking his silence. The boy nodded and whispered, “I know, dad, I won’t get too attached.” This amused the father, and the two men shared a wistful smile, and in that moment they realized that if they were lucky, if this were some other team, they wouldn’t have to have a conversation like this one again until the boy was in high school. But they aren’t lucky. And this isn’t another team.