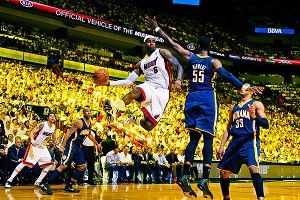 Kings Win! And Everyone Is Super Chill About It!