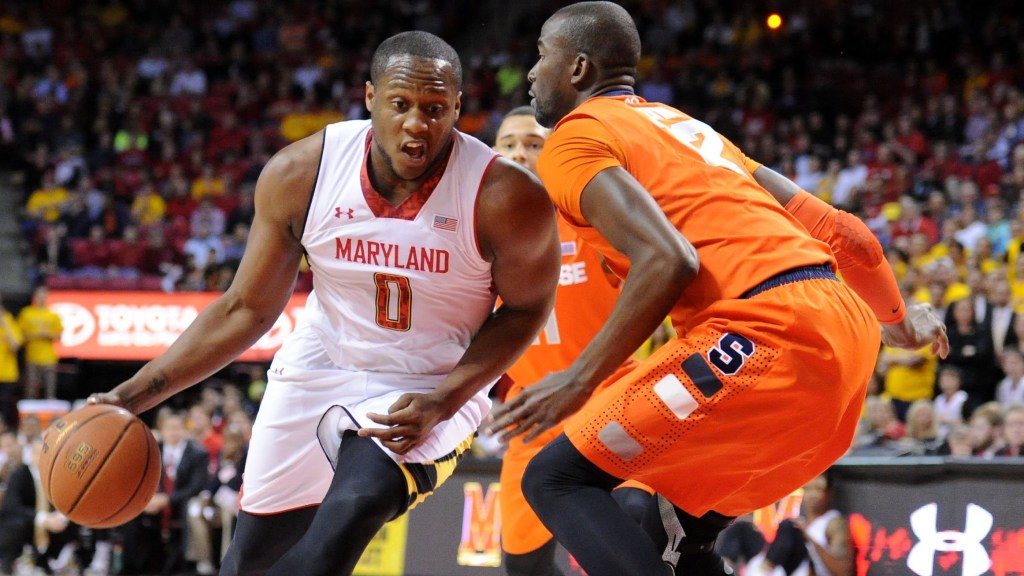 In case you were busy pouring one out for Ray Fosse only to later discover that he’s still alive, here’s what you missed in sports on Monday:

• Syracuse rebounded from back-to-back losses with a narrow 57-55 win over the Maryland Terrapins. Syracuse’s offense stalled down the stretch, as the Orange scored only six points in the final 5:45 of the game, an output Syracuse head coach Jim Boeheim blamed on himself. “I’m all about that 2-3 zone,” Boeheim explained after the game, “so when I accidentally called it on the offensive end, our players slipped into it all too comfortably. I mean, we weren’t even trying to get shots. Just rotating to the ball and D-ing guys up. That we scored six points is actually pretty astonishing in retrospect, as we were essentially defending ourselves.” Boeheim then added, “We’ll have to drill that defense a little more because of those slipups.”

• Despite 44 points from Carmelo Anthony, Dirk Nowitzki rolled in a last-second jumper to give the Dallas Mavericks a 110-108 win over the New York Knicks. Meanwhile, a man and his son watched the game on television in an apartment in Queens. The boy sat on the floor, legs crossed, sipping a cola as his father loomed over him from his recliner. The cola was a rare treat the father had permitted with an equally rare smile earlier in the night. “It’ll be good luck,” the boy said before running to the corner bodega to buy it, money in hand. “I have a good feeling about this!”

• The boy in Queens had nursed the cola slowly as the battle between Nowitzki and Anthony raged on television. “I just knew this cola was the answer, pops,” the boy said at the end of the third quarter as Anthony drained a buzzer-beating 3-pointer. “We’re going to win every time I drink it. So you’ll have to let me have one every time the Knicks play!” The father rolled his eyes, but the boy was able to see that his father’s skepticism was playful. For the first time either could remember, the man and the boy had simultaneously allowed themselves to feel joy.

• Kansas clinched yet another Big 12 men’s basketball title
with an 83-75 win over the Oklahoma Sooners. “More like Big One!” said Kansas head coach Bill Self after the game with a chuckle. Self then shook his head and said, “No, no, all 12 of the schools in this conference deserve respect, so Big 12 is a good enough name.” When told that there are 10 schools in the conference, Self replied, “Well, I mean, you have to count us at least three times at this point,” before making an obscene gesture that he learned from Sam Cassell as he walked backward out of his press conference.

• Despite the Knicks and Mavericks being tied at 108 with 10 seconds left, the mood in the apartment in Queens was light. Although Nowitzki had the ball in his hands, the boy was confident that Carmelo’s defense would be more than enough to force overtime. And while the father would never admit as much, he was full of hope. Maybe the boy’s soda gambit would work. Stranger things had happened. And when Dirk’s shot clanged off the back of the rim, the boy and the man were briefly of one mind. Cola! they both thought, as they smiled broadly. There was no way the Knicks could lose now.

• Jadeveon Clowney ran a 4.53 40-yard dash at the NFL combine, helping to bolster his status as a top prospect in the upcoming NFL draft. That said, I have to question a guy who only played a handful of ga— OH MY GOD, GUYS. I THINK I JUST GOT HIT BY JADeVEON CLOWNEY. THERE WAS A KNOCK ON THE DOOR, AND THEN EVERY PART OF MY BODY STARTED TO HURT AND THEN WHOEVER IT WAS DISAPPEARED LIKE A GHOST. NEVER QUESTION CLOWNEY. NEVER.

• But broad smiles are not for men and boys such as these two. Broad smiles are not for men and boys who support the New York Knicks. The backspin on Nowitzki’s shot had popped the ball into the air, and as the ball fell through the net, clinching the Knicks’ fate, the boy and the man both felt their hearts drop out of their bodies. The man said nothing as he sucked in his lower lip, which he bit until he drew blood. The boy threw his nearly empty cola can on the floor. A small amount of brown sugary liquid poured out. The father looked at the spill and said nothing. The boy looked, too, and as he did he felt tears start to stream down his cheeks. “Everything is ruined,” he stammered as he sobbed. “The Knicks ruin everything.” And the father nodded as much as he could muster, as the boy realized he had tasted his last sip of cola. And as the night deepened and got worse for the Knicks with Raymond Felton’s arrest and J.R. Smith’s absurd postgame comments, the flea-infested carpet in an apartment of Queens soaked up the last drops of hope the boy who lived there would ever have.

Who Are Those Guys? DeMarre Carroll and Mike Scott!

32 Minutes and 42 Seconds With Barry Switzer