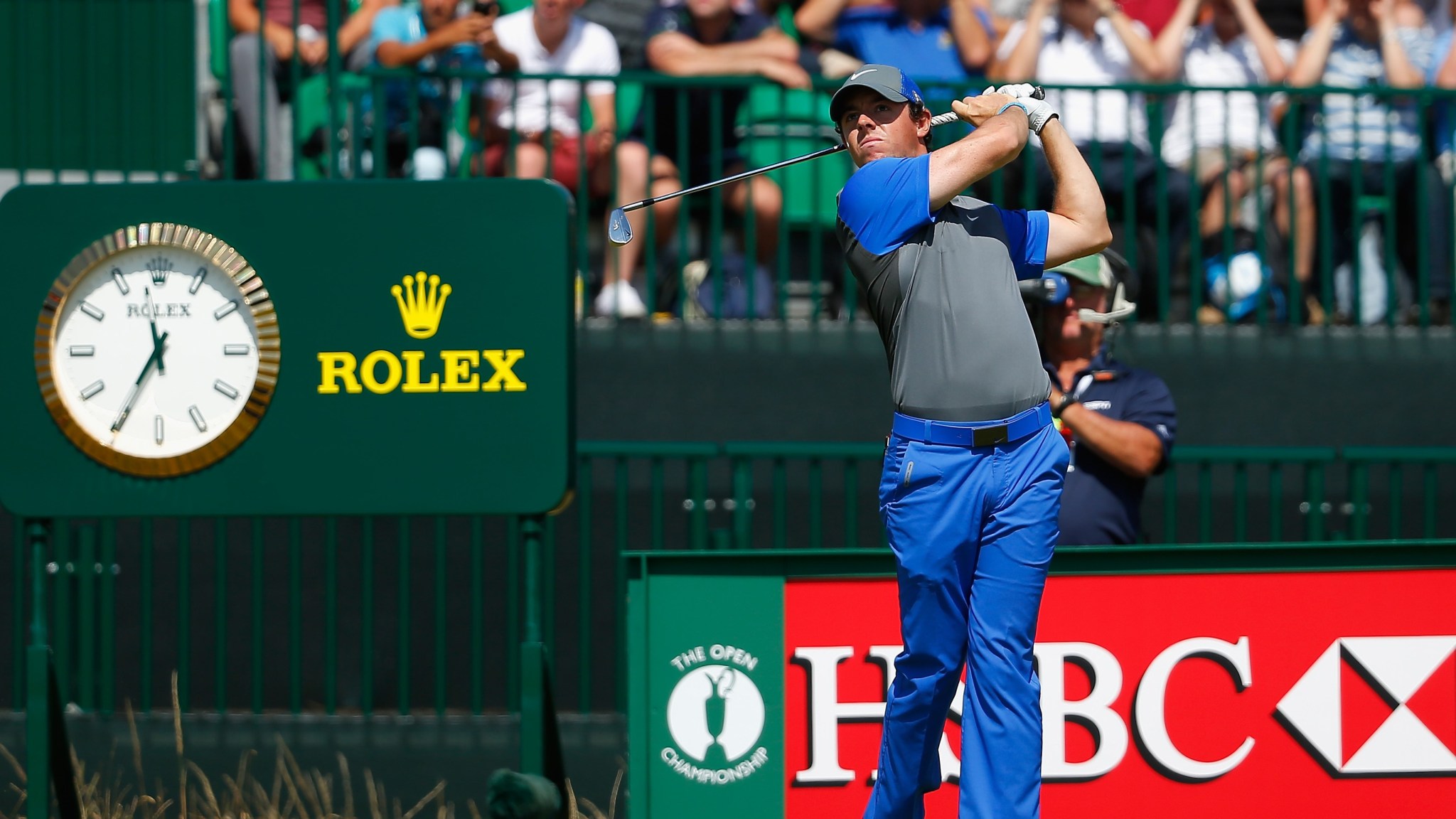 In case you were busy giving one final baseball stadium curtain call to the Captain of Captains, Tracy McGrady, here are the top five stories you missed in sports on Thursday:

In the open, open, Open Championship:

Rory McIlroy opened up a one-stroke lead at the British Open at the Royal Liverpool Golf Club after firing a bogey-free 6-under 66 in the tournament’s opening round. When asked what changes in his personal life might have led to him shooting such a low number, McIlroy replied, “A lot of big changes, ins and outs, but one in particular stands out.” When asked if he was referring to his ex-fiancée Caroline Wozniacki, McIlroy shook his head and said, “No, no, no. Luis Suárez to Barcelona. We were all goddamn terrified of coming to Liverpool before that went through. Do you know what a shoulder bite would do to my short game?”

Vincenzo Nibali maintained the yellow jersey at the Tour de France after the 12th-stage sprint from Bourg-en-Bresse to Saint-Étienne was won by Norwegian cyclist Alexander Kristoff. When asked what propelled him to the sprint victory after a number of second-place finishes, Kristoff admitted, “I have no idea. Frankly I don’t see how bikes don’t tip over. I mean, no one makes two-legged tables.” Kristoff later withdrew from the Tour, citing his fear that he would “fall over and go boom.”

In the dregs of NBA free-agency news:

Jimmer Fredette signed a one-year deal with the Pelicans while the Lakers acquired forward Carlos Boozer off amnesty waivers as the team continues its strange offseason rebuilding process. “We’re working hard to recapture our glory days,” team vice-president Jim Buss said. “Nick Van Exel, Vlade Divac, Eddie Jones, Cedric Ceballos — that’s the sort of ‘between good teams’ nucleus we’re trying to construct.” Buss then smiled and said, “And Boozer? Not only does he have a hilarious name, but he’s a modern Elden Campbell.” Buss then looked around at a room full of blank stares and said, “You guys remember Elden Campbell, right? Come on! Elden Campbell! What a legend! He was our team’s scoring leader for the ’90s. Seriously! You can Bing that.”

In the dregs of NFL offseason news:

The San Francisco 49ers opened Levi’s Stadium in Santa Clara, California, with NFL commissioner Roger Goodell adding the ominous note that he views the stadium as a potential solution for the Oakland Raiders if that team cannot get a new stadium deal. “Christ, Roger, no,” said the 49ers collectively in response. “The Raiders? Sharing our place? They’re a mess. I’m sorry, but they are.” The 49ers then sighed and said, “It’s not personal. It’s just that they’re gross and we really don’t want to share a locker room with them. I mean, look, we can meet them somewhere for drinks or whatever, but we can’t share a place until they grow up and get their act together.” The 49ers then described the raw sewage situation at the Raiders’ current place before adding, “Come on, brah. Roger, come on.”

Goodell also announced that the 2015 draft will be held in either Los Angeles or Chicago, as scheduling issues have prevented the NFL from continuing to hold the event at Radio City Music Hall in New York City. When Goodell was asked why Los Angeles, which does not have an NFL team, was in the running, the commissioner replied, “Have you seen this place? It’s really hip. I think it’s SoCal’s undiscovered gem.” When asked if he was serious, Goodell said, “Absolutely. Sunshine all year long. Babes on the beaches. Celebrities around every corner. Great Mexican food. It’s like SXSW all year long. I can’t believe we’d never thought about having a team here before.”