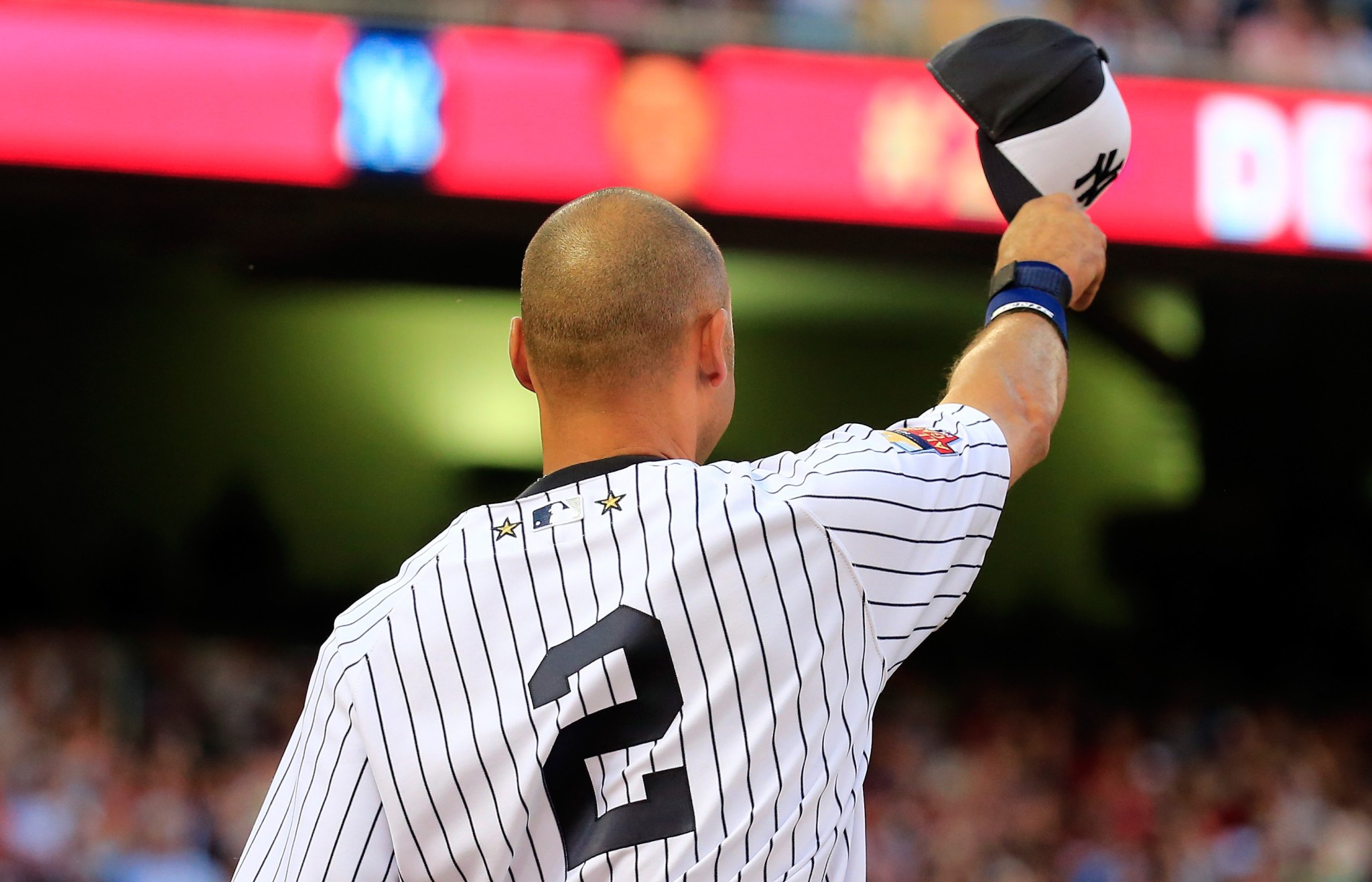 In case you were learning the hard way that Michael Jeter died 11 years ago, here are the top five stories you missed in sports on Tuesday:

In the king of the constellation:

Derek Jeter’s last All-Star Game was played and the Captain of Captains was there, hitting baseballs and running around one last time on the most grand of midsummer stages. What else happened? Frankly, I have no idea. Who else played? Probably someone! Who won? Truth and justice.

But wait! Were truth and justice the real winners, or were the real winners lies and injustice? With NL starter Adam Wainwright initially suggesting he may have “grooved” a pitch to Jeter so the Captain of Captains would get a final moment of All-Star glory before reversing course … oh god, please, can real sports come back? How are we possibly going to survive 48 hours of controversy surrounding a base hit in the All-Star Game? You know who is to blame here, right? Alex Rodriguez. If he hadn’t gotten suspended, I’m sure he would have done something even more inane than throwing batting practice in an exhibition game loaded with false import. Won’t someone please bring back A-Rod? We need a real villain. Or real sports. Either way.

Newly drafted Heat point guard Shabazz Napier reportedly unfollowed LeBron James on Twitter, before publicly denying running his own Twitter account or even really knowing what Twitter was. This is a fun news item because Napier was supposedly drafted by Pat Riley and the Heat because James tweeted about how much respect he has for Napier’s game, except it’s quite possible that none of the men involved actually use the service. This would seem to imply that Napier was drafted because of his basketball skills, which is too absurd to consider. A quick perusal of everyone’s Friendster accounts is clearly in order.

Sources are suggesting that the Warriors are still eyeing Kevin Love, but the two sides are far apart from consummating a deal. This news item is fun, because it is both a highly questionable NBA trade rumor and a concise synopsis of the film An Officer and a Gentleman.

Dwyane Wade will remain with the Miami Heat after agreeing to a two-year contract with the team he has played for his entire professional career. This news item is fun because it’s actual news.

In the biggest news in sports from Tuesday:

English fast bowler James Anderson has been charged with physically abusing Indian star Ravindra Jadeja while the two headed to the lunch break of the second day of the first Investec Test at Trent Bridge. I’ll admit to being relatively ignorant about the specifics of test cricket, but I will say that I desperately want mandatory lunch breaks where both teams eat in the same cafeteria in American sports. Would anything be better than watching a lunch break during a Seahawks and 49ers game, as Richard Sherman and Michael Crabtree were forced to awkwardly navigate the social constraints of a cafeteria setting? Or if next season’s inevitable Christmas Day matchup between the Heat and Cavs featured a meal break during which everyone gathered around a honey-baked ham and tried to make small talk while ignoring the massive built-up resentment in the room? Or if Derek Jeter could lead the Yankees heroically into a fifth-inning World Series lunch break and take the opportunity to impart his renowned leadership to everyone around him? Make it happen, American sports commissioners. Make it happen.