About Last Night: No Fight in These Irish 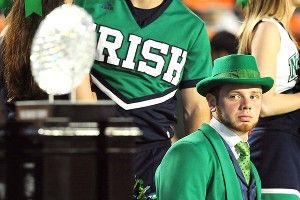 In case you were out waiting for your turn to sing “Manic Monday” at your local karaoke bar, here’s what you missed in sports on Monday.