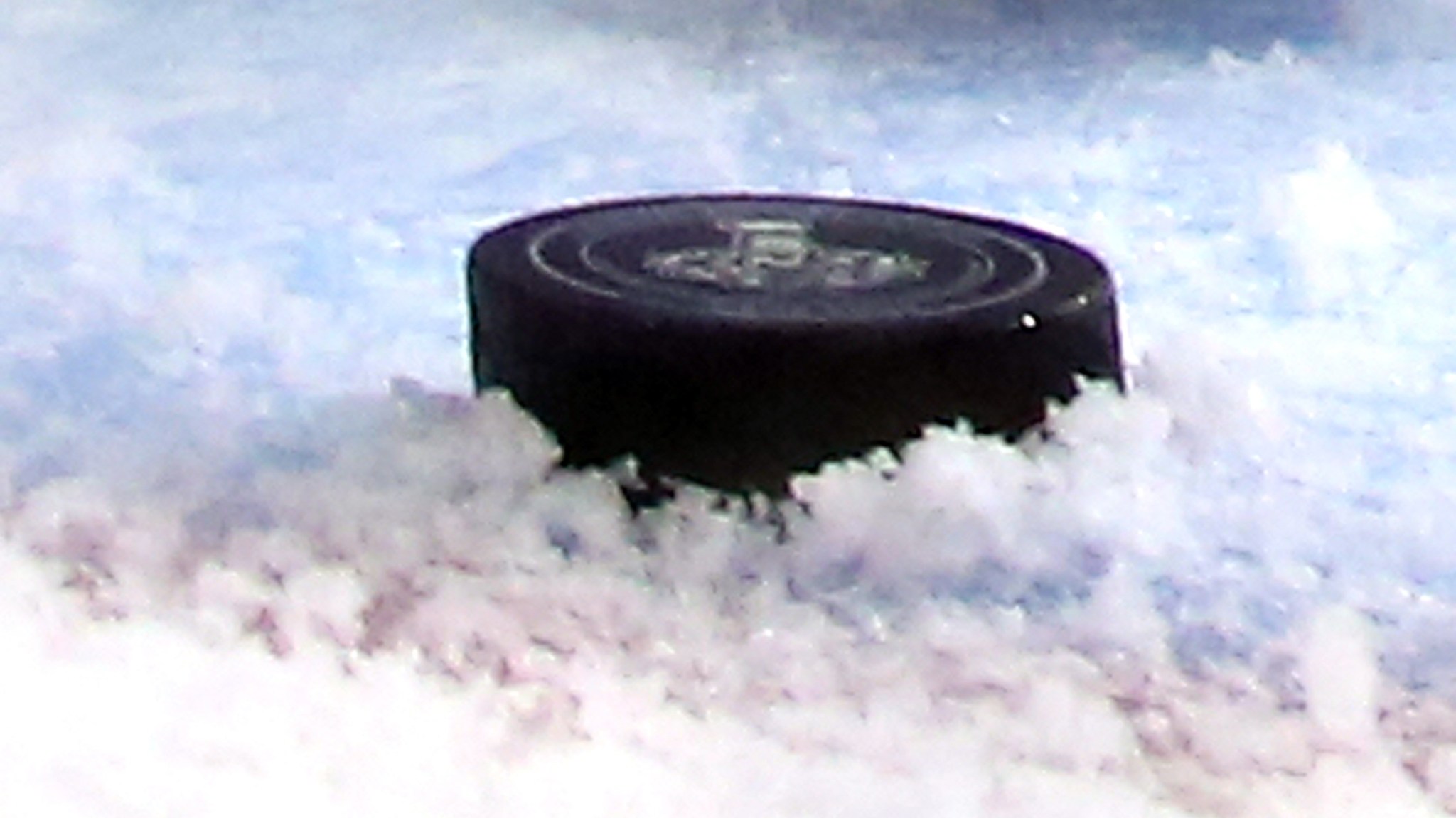 In case you were busy making your World Cup Eve list, checking it twice, and deciding that Uruguayan Luis Suárez was both naughty and nice, here are the top six stories you missed in sports on Wednesday:

In snow days in June:

Goalkeeper Henrik Lundqvist made 40 saves and the Rangers finally (finally!) got their own dose of luck as a pile of shaved ice stopped a late equalizer, allowing New York to stay alive in the Stanley Cup final with a 2-1 win over the Los Angeles Kings. Seriously, look at this:

When asked about the play, Lundqvist shrugged and said, “Had it the whole time,” before running a comb through his perfect hair and walking out into the streets of New York City, where he ignored a mob of supermodels who had waited for him outside of Madison Square Garden.

In a good night for Japanese aces:

Rangers starter Yu Darvish threw his first career shutout in a 6-0 Texas win over the Miami Marlins, while Masahiro Tanaka threw a complete game of his own, neutralizing the Mariners as the New York Yankees grabbed a 4-2 win in Seattle. “I don’t think we collectively proved anything,” said Tanaka after the game through a translator. When asked if that was because he didn’t see a direct connection between his performance and Darvish’s, Tanaka replied, “No … It’s just … the Marlins and Mariners? I mean, I guess they’re both playing OK right now, but come on. Does that really qualify as an achievement? Our teams put a quarter-billion dollars into the two of us. I’d hope we could shut down Seattle and Miami.”

In the right to bear arms:

For the second day in a row, Oakland outfielder Yoenis Cespedes made a highlight-reel outfield assist, this time gunning down Albert Pujols as the A’s avoided a sweep with a 7-1 win over the Angels.

That poorly filmed Vine speaks for itself, so rather than use this opportunity to talk more about Cespedes’s arm, I’d like to talk about Angels third-base coach Gary DiSarcina. DiSarcina spent the entirety of his career with the Angels, where he was on aggregate a terrible hitter and an excellent fielder. Now, am I willing to suggest that DiSarcina is using his role as third-base coach of the current iteration of the Angels to make blunders so large and so obvious that they force people to remember DiSarcina’s excellent career as a glove-first shortstop? I am. Is Cespedes merely a pawn in a larger game that DiSarcina is playing? He is. What does any of this have to do with former Angels great Tim Salmon? That is to be revealed.

In Brigning down the house:

Cole Hamels threw eight scoreless innings and Reid Brignac was a walk-off hero for the Phillies, who beat the Padres 3-0 at Citizens Bank Park. Brignac’s walk-off home run will do wonders for the Phillies infielder’s nonprofit organization Learn to Reid, a charity whose mission is dedicated to raising awareness in the Philadelphia area that Reid Brignac is a Major League Baseball player.

In taking the fun out of things:

The Miami Heat are reportedly considering launching an attempt to acquire potential free agent Carmelo Anthony if he opts out of his current deal with the New York Knicks. “That’s kind of some bullshit,” said Harlem Globetrotter legend Meadowlark Lemon. “You at least have to have the semblance of fairness and competitive balance. Come on, Miami Heat, you’re going to disgrace the sacred notion that is fair play in basketball.” Lemon then pantsed the reporter who asked him the question and with a hearty laugh said, “Still got it!”

On the eve of the World Cup, Jurgen Klinsmann is under fire in some circles for reiterating comments suggesting he believes that the U.S. men’s national team is not realistically capable of winning the World Cup. And I agree with the uproar. I mean, sure, the U.S. men’s national team is not capable of winning the World Cup this year, but that isn’t what matters. Our nation has a long and storied history of being lied to by people in power, and if we can’t be lied to about a thing we collectively don’t really care about, then how will we be able to be lied to about matters of serious concern? How am I supposed to be OK with what Gary DiSarcina is really up to when he sends runners against Yoenis Cespedes’s arm, or NSA surveillance exceeding the bounds of the Constitution, when I can’t even build up false hopes for our nation’s soccer team during what is effectively a rebuilding year? And if Klinsmann doesn’t get why that matters, he can just go back to his home, which apparently is now in California.