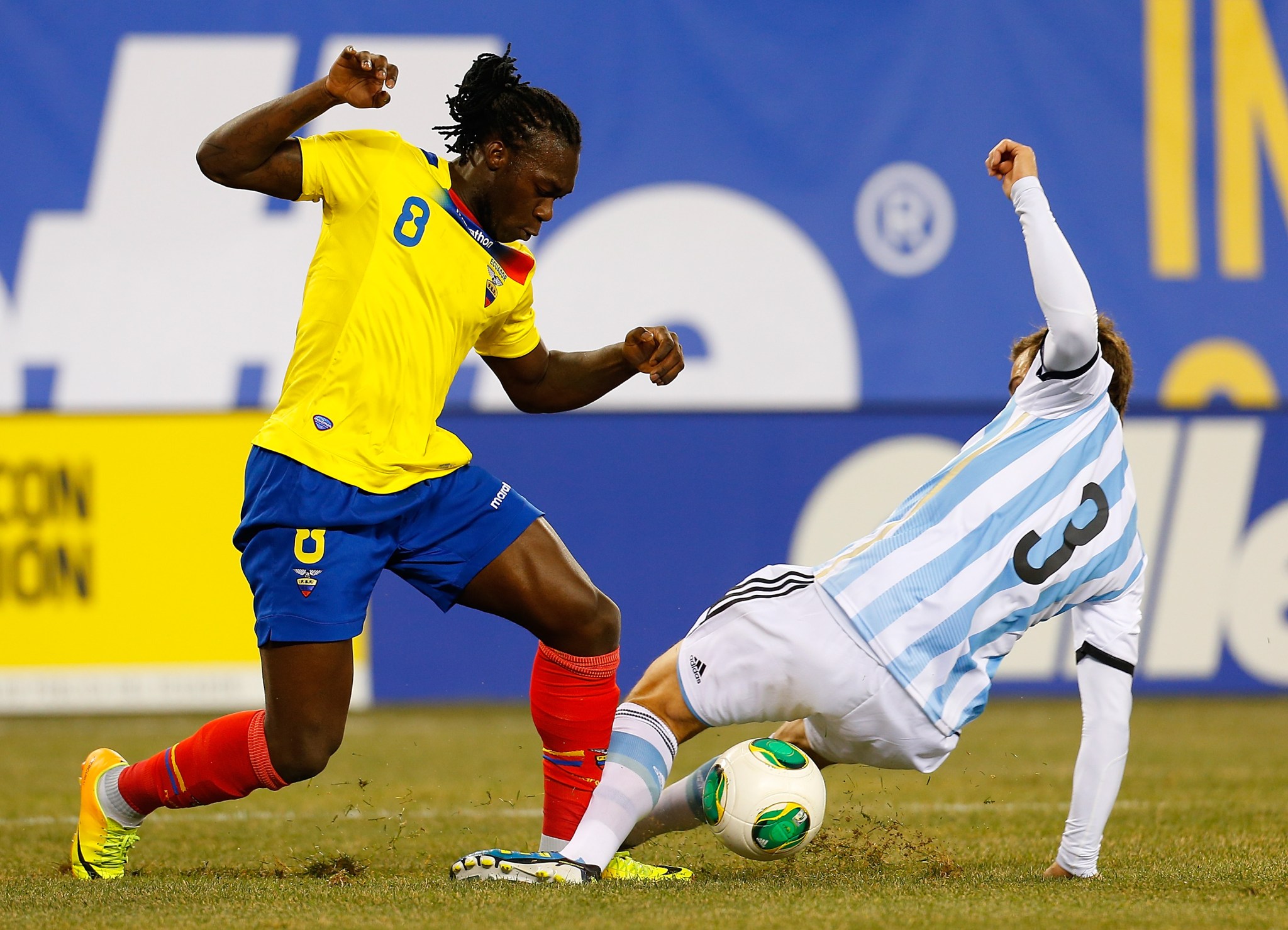 Leaning on my years of experience as a music editor, I feel safe claiming that I knew about Felipe Caicedo before he was cool. Though Ecuador isn’t the favorite in Group E, strong play from the forward they call “Felipao” could make a dent in the tournament even if Ecuador doesn’t advance. (Securing the top position in this group seems to be a must; the runner-up will likely face Argentina.)

Given that the patched-together Ecuador defense has strengthened in recent matches, a formidable attack by the Valencias (Antonio and Enner, not related) and Caicedo could ruin vulnerable Switzerland’s chance of advancing. Caicedo has a teardrop tattoo on his face and a clothing line, and his logo thumbnail is going to look sweet on the Grantland World Cup splash page. You should probably know about him.

Though Felipao has bounced around Europe — including a stint at Man City — his club career has held plenty of errrr … interesting decisions. Instead of accepting an offer to rejoin the top flights of Europe with Valencia, he chose to play for UAE Arabian Gulf League squad Al-Jazira because they offered him a longer contract, a strange move considering his previous vocal desire to shine on brighter stages.

Through it all, though, the Guayaquil native has had his eyes turned toward Ecuador. (His favorite team is Ecuador’s Barcelona SC, and his lifelong dream is to play for them in his career’s twilight.) On the eve of the Cup, his countrymen turn their eyes toward him and his powerful finishing game, especially in the wake of the shocking death of fellow attacker Christian “Chucho” Benítez from a heart attack at 27. Caicedo is a ceremonial dude — he claims the teardrop tattoo is a tribute to his upbringing. Bearing the load for Ecuador, metaphorically and perhaps tactically, Caicedo will unretire Chucho’s no. 11 for the tournament.

If you’re heartless and unmoved by the above — after all, Caicedo is just the charismatic face of one of the tournament’s sexiest sleepers, a striker who bleeds for La Tri and wears the number of his dead friend, nbd — let me add a few additional colors to this box of crayons. Though Caicedo has seen a career’s worth of transfers and loans to leagues both elite and kinda “meh,” he’s only 25. When he was 15, he was a star on the Central American reality program Road to Glory.

He watched Rocky before games to get himself hype. His latest Panini sticker captures Caicedo locked into an imperial stare, a predator laser-sighting goals from hundreds of meters away. He’s worn his hair long in recent years, braided and tucked into a ponytail, which shores up a notable ponytail deficiency in this tournament. We have a lot to look forward to with his website — COMING SOON! — and he caps off his Twitter bio with “NO TENGO INSTAGRAM.” It’s Caicedo’s time, and we’re all just living on it.