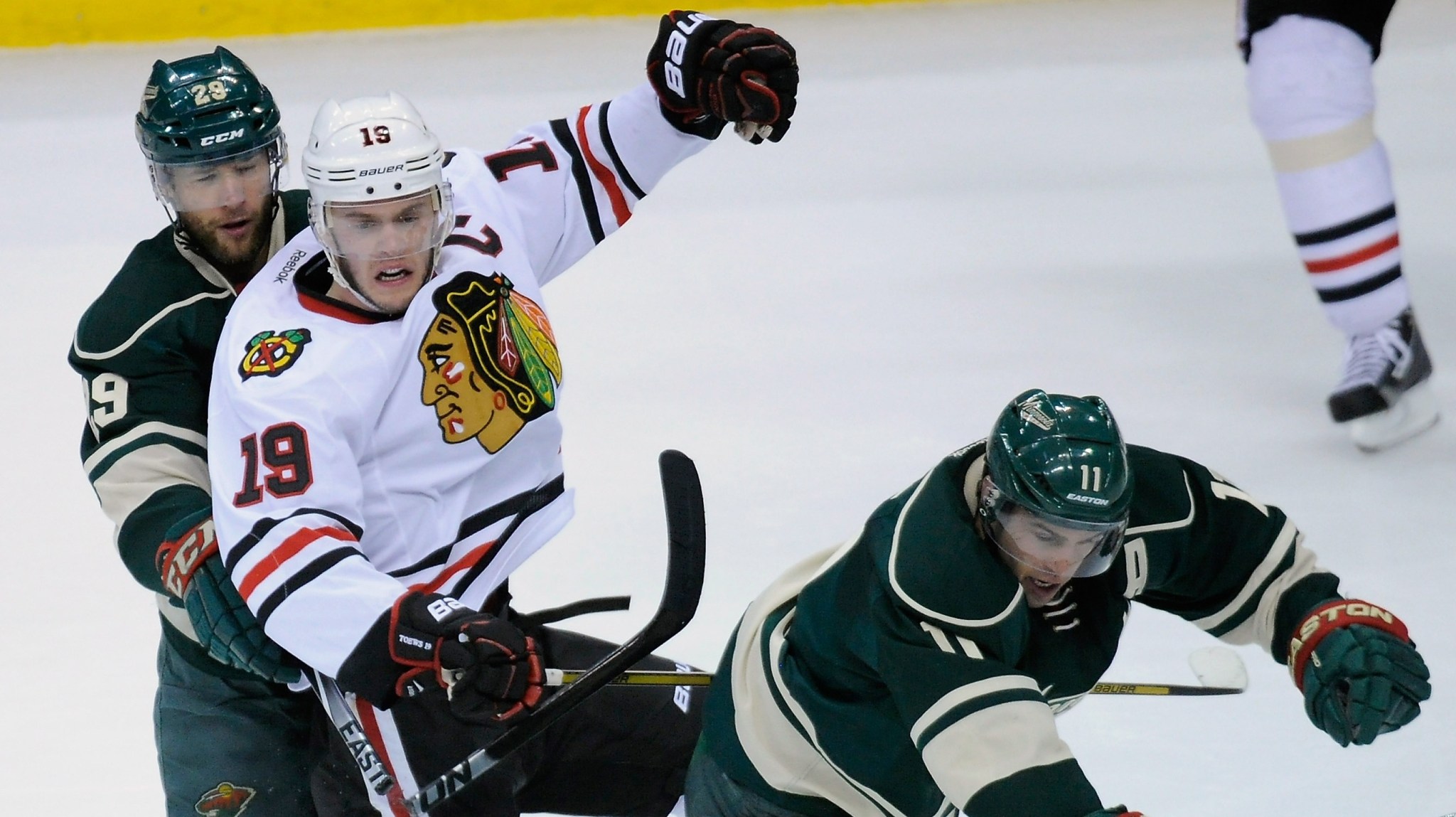 In case you were out putting the Muffins back in MVP, here are the top four stories you missed in sports on Tuesday:

Favorites opened their respective conference semifinals in fine form as the well-rested Miami Heat were anything but rusty as they dispatched the Nets, 107-86, while Tony Parker and the top-seeded Spurs were comparably dominant in a 116-92 win over the Portland Trail Blazers. “We still got this,” said Blazers guard Damian Lillard after the game. “And we must never relent. Never. Now who’s going to fight even harder tomorrow?” And every member of the Blazers cheered in unison, not realizing that Lillard was only leading his team deeper into the heart of darkness, the dense metaphorical jungle that Spurs coach Gregg Popovich lays out for all young Western Conference teams looking for a heroic leader. And sure, you can try to beat his team. You can slay Gregg Popovich. But the journey it takes to even get close to the wizened general … in order to even get close … the horror … the horror …

In sliding around Minneapolis:

After going eight periods without a forward scoring a goal, Zach Parise and the Wild reasserted themselves in their Western Conference semifinal with the Blackhawks, scoring four third-period goals and narrowing the series gap to 2-1 with a 4-0 victory. “Man, it’s not fair,” Blackhawks captain Jonathan Toews said after the game. “Kane was all like, ‘I’ve been thinking about it a lot, and five bucks says Minnesota’s logo is the face of a bear,’ during the second intermission. And I was all like, ‘Naw man, it’s the woods,’ and then Marian’s all like, ‘It’s an angry cat,’ and then Leddy chimes in all like, ‘Naw, it’s the shooting star of the north,’ but Bickell is all like, ‘It’s a map to the great treasure of Minnesota, buried in a fit of panic by former Governor Jesse Ventura,’ and then Sharp was all like, ‘You’re all right, except for Bickell, because we know that Ventura never made any map of where that treasure is,’ and we all realized that Sharp was right, but by then we were already down three goals, and the fourth was on its way to the net.” Toews then shook his head and added, “Curse that cagey Ventura. He played us all for fools.”

In you can’t spell return without “Clayton Kershaw Ur”:

In looking at things again:

Starling Marte and the Pirates ended the Giants’ six-game winning streak with a 2-1 victory, scoring on a walk-off error that required an instant replay decision. And yeah, they got the call right, but how do we really know it was the right call? I mean, can we really trust video? And besides, is there such a thing as right and wrong? Or are we all just flesh sacks made of star stuff, unable to differentiate between any moral compass in an unforgiving cosmos? And what does this have to do with instant replay? The answers to these questions are, respectively: why ask another stupid question, yes, yes, also yes, and everything. These questions have everything to do with instant replay.