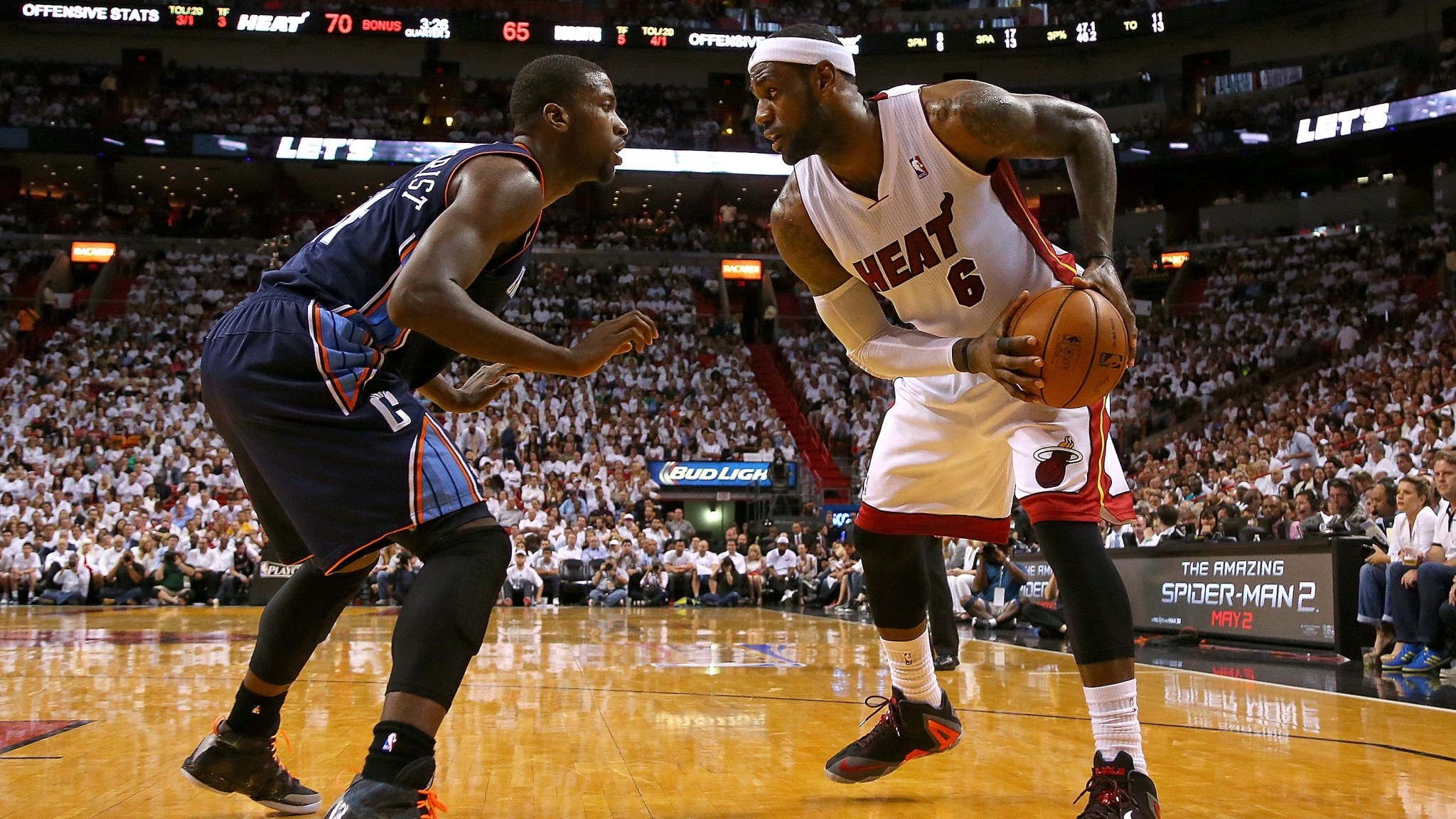 In case you were busy ruining your own 100th anniversary party, here are the top five stories you missed in sports on Wednesday:

In covering oneself in Dwight-Out:

Miami opened up a 2-0 series lead with a 101-97 win over the Bobcats, while LaMarcus Aldridge’s second consecutive 40-point game gave the Trail Blazers a 112-105 win over the Rockets and a similarly commanding 2-0 series lead. Aldridge joins only Michael Jordan and Tracy McGrady among players who have opened a playoff series with back-to-back 40-point games on the road, meaning his Trail Blazers have at least a 50 percent chance of advancing to the next round. At least.

In overtime playoff hockey is the third-biggest danger to our nation’s heart health:

Patrick Kane hit an overtime winner to give Chicago a 4-3 win over St. Louis while Nick Foligno did the same for Columbus in the Blue Jackets’ come-from-behind 4-3 win over Pittsburgh. “Ah, two sons of Buffalo, Kane and Foligno, playoff heroes, making our fair city proud,” said Buffalo native Michael Phillips upon seeing the result. “It’s just as good as having the Sabres in the playoffs.” Phillips then looked far into the distance, nodded gently, and whispered softly as a tear trickled down his cheek. “Yep, just as good.”

Yankees starter Michael Pineda was ejected for having a foreign substance on his neck in New York’s 5-1 loss to the Boston Red Sox. Despite Pineda’s ejection, the result of his second suspected use of a foreign substance, and despite the serious shoulder injury that caused Pineda to miss the past two seasons, the Yankees still somehow managed to get the better of the deal that sent Jesus Montero to Seattle, where he is currently languishing in Triple-A after serving a 50-game performance-enhancing drug ban and ballooning 50 pounds over his playing weight by eating too much in the offseason. Seriously.

Pacers head coach Frank Vogel’s job is apparently on the line after his team’s late-season swoon. “Oh man, but we already have Rick Carlisle,” lamented Mavericks owner Mark Cuban upon hearing the news. “But Christ, it’s tempting. How often are the Pacers going to dump a top-five coach in the league onto the open market for no particular reason? I mean, do you think they’d work together? There’s a market inefficiency at play here and I’m determined to exploit it.” Cuban then approached Carlisle after the Mavericks’ stunning 113-92 win over the Spurs and floated the idea of moving him to assistant trainer or small forward for the 2014-15 season.

In becoming one with our football overlords:

The NFL schedule was released, and woo boy is it a doozy. Teams are playing every team in their division two times! Then they play the teams from two other divisions once apiece! Then they play two other teams based on the previous season’s records! Then these games were sorted over a 17-week period stretching from September all the way into December! And let me tell you, we can glean a lot from this sorting. Oh there is so much to glean! So let’s cut to the chase: After a stringent analysis of every matchup, I only have one prediction to make: Eagles over the Raiders, 65-2, in the Super Bowl.

Charlie Strong and Accepting the Unreality of 110 Percent