About Last Night: Manny Being Manny 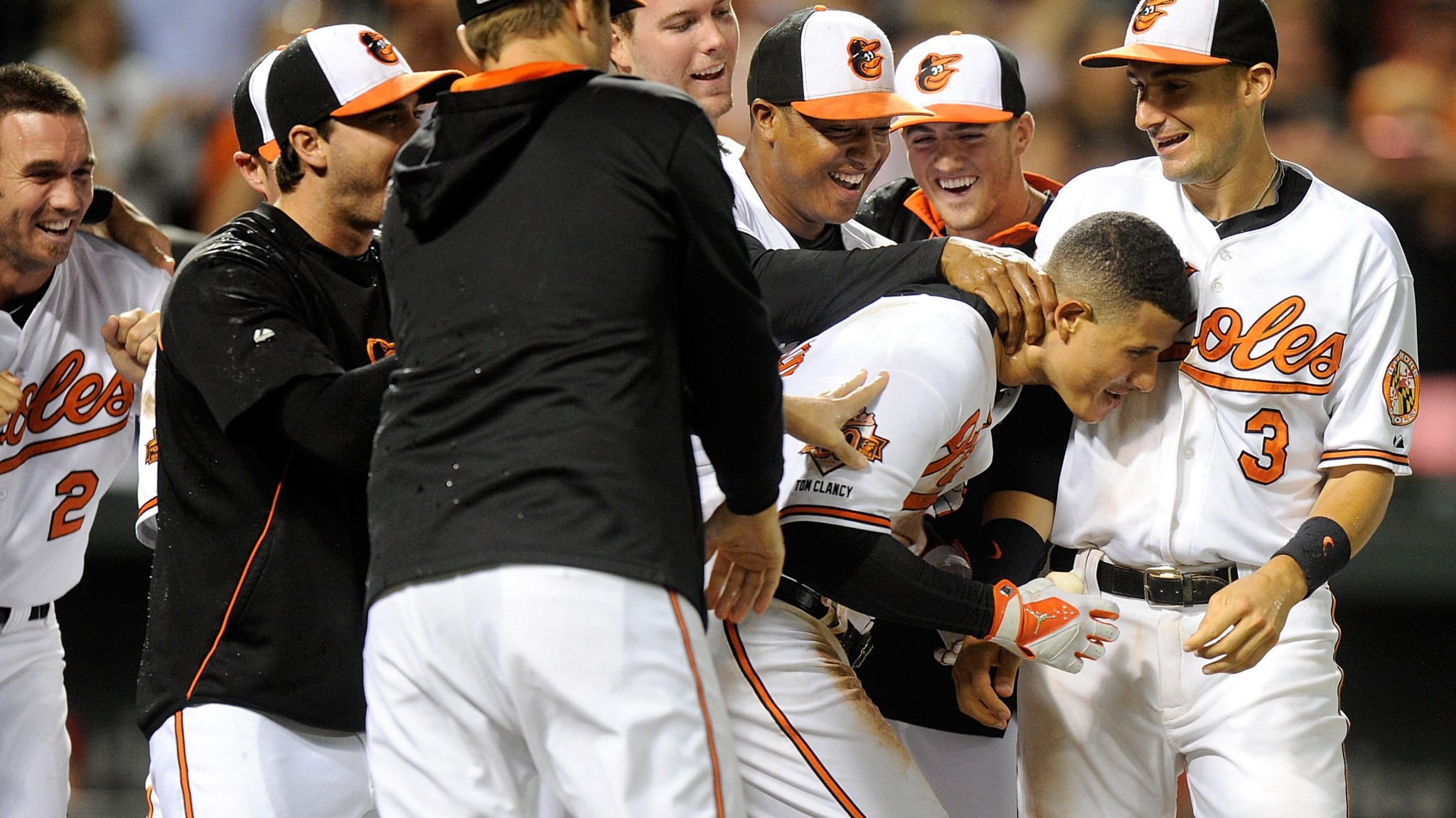 In case you were busy trying to figure out what the deal is with netball, here are the top six stories you missed in sports on Tuesday:

In your daily dose of long baseball games:

In a battle of AL playoff contenders, Orioles third baseman Manny Machado’s 12th-inning walk-off blast gave Baltimore a 7-6 win over the Los Angeles Angels. “I don’t even care we lost. I’m just glad I got to come out to Camden Yards,” Angels manager Mike Scioscia said after the game. “This place is just a baseball palace. I mean, seriously, it’s a privilege to be here,” Scioscia waxed as he tucked a Blu-ray boxed set of Ken Burns’s Baseball into his bag. Scioscia then played some soaring classical music on his HTC Rezound, put his hands on his hips so he could take in the atmosphere, and said, “Architecturally, it’s a gem. The influence of this stadium’s design cannot be denied. The amenities? Top-notch. Plus the history. Who doesn’t remember Cal Ripken playing all those games in a row? What an iron man. Ripken? Now there’s a gamer.” A single tear then fell from Scioscia’s eye as he said, “If you haven’t managed a game at Camden Yards I don’t think you can really call yourself a baseball manager. It’s just a profound experience. What an honor.”

The Cubs won the franchise’s longest game ever as Starlin Castro’s 16th-inning sac fly won it 4-3 over the Colorado Rockies. Both teams fully exhausted their bullpens, and 33-year-old Cubs catcher John Baker earned the win. Generally speaking, pitcher wins are a poor metric for projecting a player’s performance going forward, but after a rigorous analysis of the Cubs’ roster, Baker’s 1-0 record is sufficient for me to say unequivocally that he is the Cubs’ best pitcher, and he should immediately be put at the head of the starting rotation.

In having someone in your corner:

The NFL’s re-signing spree continued as Arizona made Patrick Peterson the highest paid cornerback in the league with a five-year contract extension worth a guaranteed $48 million. “IT’S PROBABLY A COINCIDENCE THAT HE’S PAID $10,000 MORE A YEAR THAN I AM,” yelled Seahawks cornerback Richard Sherman upon hearing the details of Peterson’s deal. Continuing his confusing head games, Sherman then shouted, “I HAVE NOTHING BUT RESPECT FOR ALL OF MY BRETHREN IN THE NFL AND ANTICIPATE PLAYING MANY FUN GAMES AGAINST PETERSON IN THE UPCOMING YEARS.” As a final mind-bending twist of the knife, Sherman then screamed, “I HAVE NO NEED TO USE THIS AS ADDITIONAL MOTIVATION, AND HAVE NOTHING FURTHER TO SAY ON THE MATTER,” before bowing toward a picture of Peterson as a sign of respect.

Jim Boeheim called point guard Derrick Rose, who is returning from a torn meniscus that cost him much of last season, the most impressive player at Team USA’s training camp. Boeheim’s comments were particularly useful, because most in attendance could not bear to actually watch Rose scrimmage, instead choosing to cover their faces and yell, “Please don’t get hurt,” every time Rose caught the ball.

Pauley Pavilion suffered severe flood damage when a water-main break in Los Angeles led to the inundation of UCLA’s campus. Generally speaking, ghosts are probably not real, but a rigorous analysis of spectral readings from around Westwood and the flooding of Pauley Pavilion provide sufficient evidence for me to say that ghosts are definitely real, and that John Wooden’s ghost broke a water main in Los Angeles as a means of reminding the current UCLA men’s basketball team of the importance of getting as high up his Pyramid of Success as possible as a means of staying dry.

The graduation of an unidentified Oklahoma State football player from the ’90s has given the school the requisite graduation rate to avoid sanctions and lost practice time for the upcoming season. This news only raises the question: Oklahoma State had a football team in the ’90s?