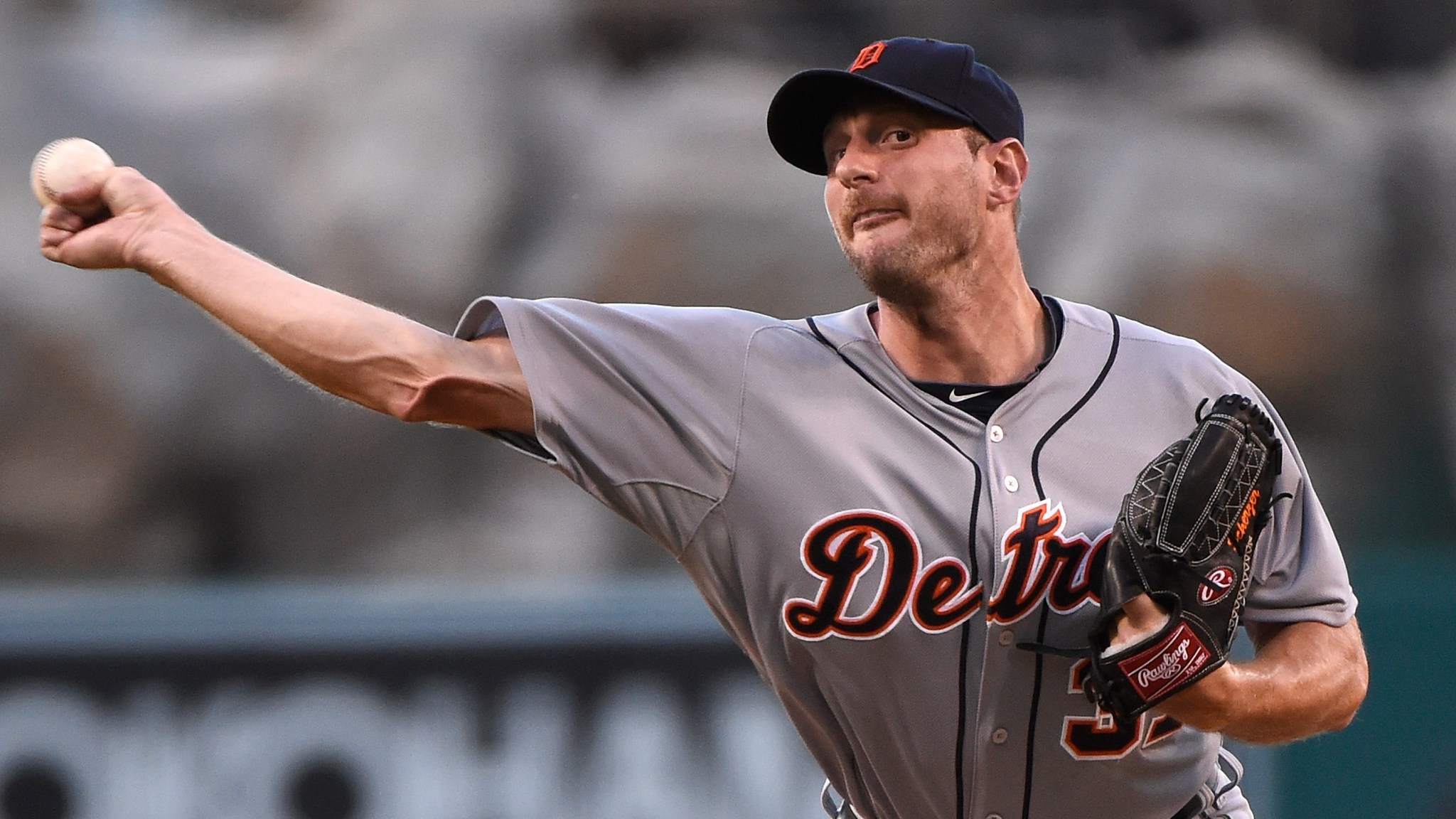 In case you were busy checking into Staples Center with a mild case of Linsanity, here are the top five stories you missed in sports on Thursday:

Max Scherzer recorded his 12th win of the year as the Detroit Tigers held on to beat the Los Angeles Angels, 6-4, in the first game of a four-game series between the second- and third-best teams in the American League. Meanwhile, in Oakland, A’s general manager Billy Beane did not watch his team’s 13-1 drubbing of the Houston Astros, instead choosing to watch the Tigers-Angels game. When asked why, Beane replied, “I want to know exactly what sort of witchcraft is going to short-circuit our playoff run this time. It looks equally likely to be a spell that allows Tigers closer Joe Nathan to have a statistically inexplicable return to his pre-injury form, or a potion that turns Angels outfielder Kole Calhoun into Ted Williams for three weeks in October.” Beane then somberly added, “All the numbers say I shouldn’t have pissed off that witch.”

In shutting down the Beast:

Seahawks running back Marshawn Lynch is reportedly planning to hold out of the opening day of his team’s training camp as he attempts to get more money from his current contract guaranteed for the upcoming season. “I’m all about that action, boss,” Lynch muttered when describing the situation. The Seahawks running back then threw back a pack of Skittles, activating his Beast Mode before rapidly saying, “Or to be a little more clear, I’m all about utilizing a brief moment of professional leverage to attempt to gain a little bit more capital before I’m discarded in the face of a punitive salary-cap number that both the team and I know is coming. I’m also all about valuing short-term gain over long-term contracts because of the dangerous nature of playing football under a nonguaranteed contract, along with my understanding of the time value of money in economic terms. I’m also all about that risk analysis, boss, and I understand that the daily fine I’ll incur for holding out is a relative pittance when balanced against the possibility that my holdout will earn me more money this season, especially when factoring the value of avoiding practice time during which I could suffer a career-altering injury. So in conclusion, I’m all about those rational decisions, boss, even if they’re functionally inconsequential.”

Although Cleveland starter Corey Kluber brought a perfect game into the seventh inning, the Kansas City Royals were able to nab a 14-inning 2-1 win over the Indians. The Royals were helped by this throw from Tigers outfielder Ryan Raburn, which allowed Mike Moustakas to score on what should have been a bloop single:

When asked what happened after the game, Raburn had no answer, but the Raul Ibanez–endorsed Defensive Drills DVD in his locker explained more than words ever could. In words that definitely won’t haunt their speaker:

Chelsea goalkeeper Petr Cech declared he is unwilling to be the team’s no. 2 choice after the club recalled Thibaut Courtois, who had spent the past three years establishing himself as the world’s best young goalkeeper while on loan at Atlético Madrid. When asked about his goalkeeping dilemma, Chelsea manager José Mourinho replied, “This is why I’m the Special One,” before stepping to a whiteboard. Mourinho then drew up a traditional 4-4-2 formation before spinning the whiteboard 180 degrees and saying with a flourish, “Two goalkeepers! We’ll be unstoppable. Why did it take until now for anyone to think of such a tactic? My genius is boundless.”

Cowboys quarterback Tony Romo declared that he is fully healthy and said, “Over the course of the next four or five years, you’ll see the best version of me that I’ve had throughout my career.” When asked whether he thought it was worth putting those words on the record, Romo had no answer, but the Matt Hasselbeck–endorsed Quarterback Confidence and You DVD in Romo’s locker explained more than words ever could.