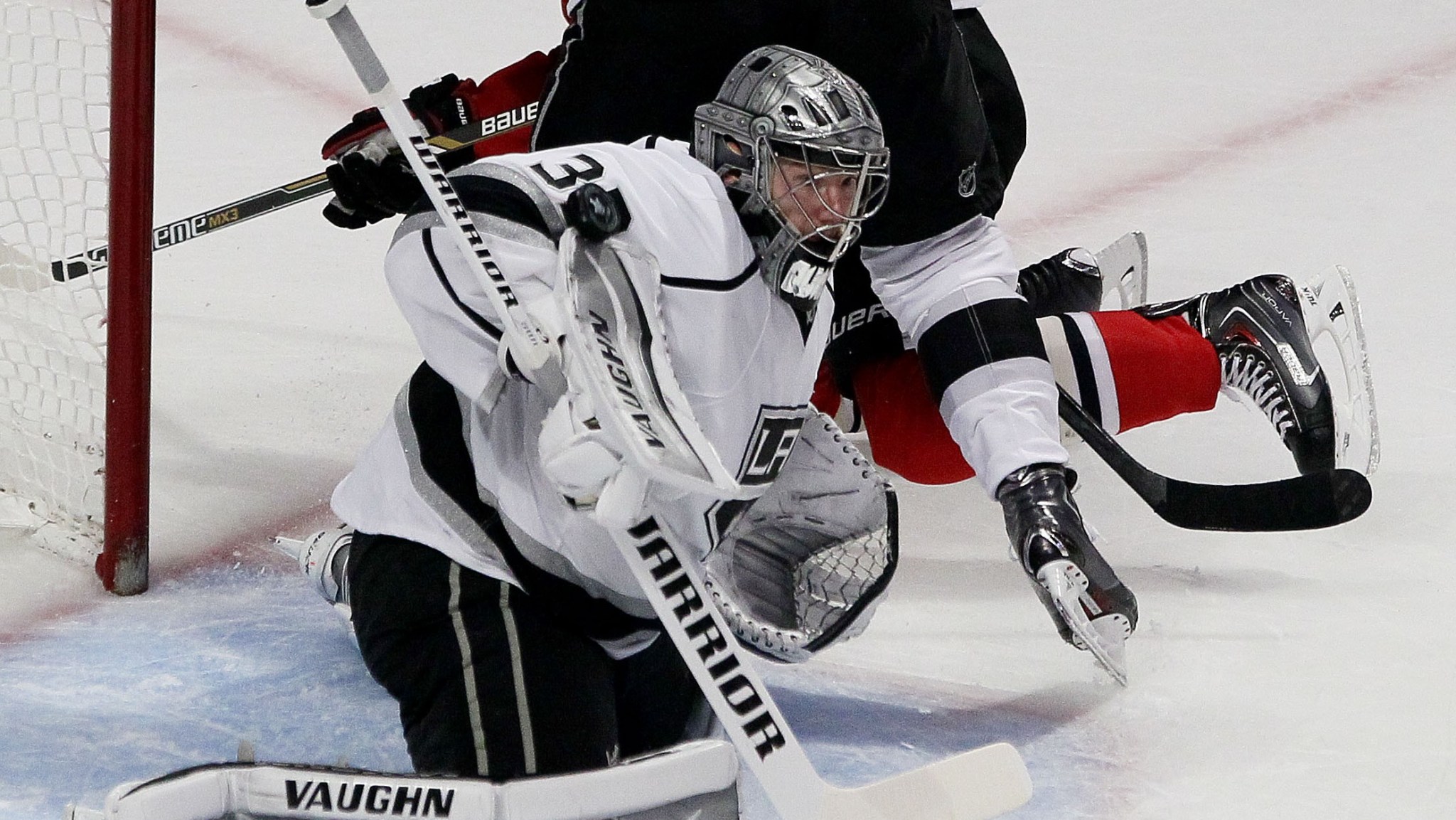 In case you were finally reaping the fruits of your decadeslong plan to coach a team to a Super Bowl title in order to get close enough to President Obama to ask him the questions the mainstream media is too afraid to ask, here are the top five stories you missed in sports on Wednesday:

In being Quick on the draw:

Goalkeeper Jonathan Quick and the Los Angeles Kings spotted the Blackhawks an early lead before scoring six unanswered goals, including a Jeff Carter hat trick, to even up the Western Conference finals with a 6-2 win. When asked about his team’s propensity for slow starts turning into big wins, Quick explained, “We’d start faster, but …” Quick then sighed deeply and explained, “It’s just the wordplay with my name … it’s a nightmare. ‘Quick Start’ this and ‘Quick Start’ that. I’ve been there in 2012 and I will not go back.”

In being Green with envy:

Danny Green drained seven 3-pointers as the San Antonio Spurs opened up a 2-0 lead over Kevin “Muffins” Durant and the Oklahoma City Thunder in the Western Conference finals, winning 112-77 in Game 2. When asked after the game how his defense was responding to Serge Ibaka’s absence, visibly shaken Thunder coach Scott Brooks held his hands in the air, revealing his sweat-soaked armpits as if to say, “How do you think I feel?” Brooks then wordlessly unbuttoned his Oxford shirt and pulled off his drenched undershirt. He then looked up at a confused press corps and said, “Didn’t think Green would do that. But you know, Gregg, I mean, Coach Pop. He’s a very … very clever man. A little too clever, don’t you think? Don’t you?” Upon receiving no response, Brooks draped his sodden shirts over his face, muffling his voice as he screamed a long string of unprintable obscenities.

In rocking the Mike:

Cardinals starter Michael Wacha threw six scoreless innings but wound up with a no-decision after being hit by a line drive and leaving the game before St. Louis beat the Arizona Diamondbacks 3-2 in 12 innings. Wacha is only the latest in an array of great young Cardinals pitchers who follows a game plan set up by former pitching coach Dave Duncan and maintained by current pitching coach Derek Lilliquist. The Cardinals’ pitching program was profiled Wednesday here at Grantland in a piece by Jonah Keri, which qualifies as a must-read for any baseball fan even if just opening it in a browser tab carries with it a “Dusty Baker managing your innings”–size risk of blowing out your UCL and the UCL of every pitcher you’ve ever loved.

In the continued exploits of Cleveland, the luckiest city in sports:

A walk-off 13th-inning balk committed by Al Alburquerque was the difference as the Cleveland Indians completed a three-game sweep of the Detroit Tigers with an 11-10 win. Al Alburquerque is a particularly unfortunate person to commit a walk-off balk, as balking is the physical manifestation of quickly pronouncing his full name.

As the Cavaliers find themselves able to shop the top overall pick in the NBA draft for the second consecutive year, TNT analyst and NBA Hall of Famer Charles Barkley publicly advocated for LeBron James to return to Cleveland when his contract with the Miami Heat expires, saying, “Those fans in Cleveland are real fans. I’ve always hoped he would go back to Cleveland. That would be a great way to finish his career.” Barkley then added, “And did I put money on it? Me? Pshhhh. No. No. Of course I didn’t. Why would you suggest that? Did you put money on it? I bet you put money on it. At 9-1 in Vegas 15 months ago? Cause I, um, didn’t.”