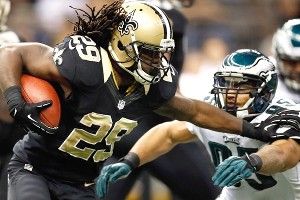 Today is Election Day on About Last Night. Terrence the Grantland Robot, the incumbent, will be taking on Carl Tompkins, a 25-year-old actual human who hopes to be an intern here. The winner will serve as ALN’s second-in-command (Shane Ryan holds a sort of semi-permanent Vladimir Putin role). After each news item, I’ll allow each of them to make a statement outlining their positions and why they deserve your vote. Please choose either Terrence or Carl in the Facebook comments below, either by commenting with their name, or “liking” somebody else’s comment with whom you agree. We’ll tally the votes tomorrow morning and announce a winner.

Terrence the Grantland Robot: LOOK, MY POSITION IS SIMPLE. I INHERITED A BAD JOKE ECONOMY FROM SHANE RYAN AND AN ALN FRANCHISE THAT WAS ON THE VERGE OF COLLAPSE. NOW, THE JOKES ARE IMPROVING, THE READERSHIP NUMBERS ARE UP, THE ENEMIES OF ALN ARE ON THE RUN, AND HEZEKIAH THORN THE SOCIOPATH ROBOT IS DEAD. LET’S CONTINUE FORWARD RATHER THAN RETURN TO THE HUMAN JOKES THAT GOT US INTO THIS MESS IN THE FIRST PLACE!

Carl the Actual Human: Hey guys, my name’s Carl, and I’m a 25-year-old aspiring comedian. Like Terrence, I agree that Shane Ryan is terrible. But I’m not sure a robot is the answer. And to be honest, I seriously need a job and a break in this business. I mean, I’m a human being. I’m basically starving right now, and my family won’t help because they wanted me to become a lawyer. I just think jobs in the creative fields should go to real people who understand the plight of being human, rather than robots programmed to approximate our emotions. Also, I worked at Bleacher Report for five years.

Terrence the Grantland Robot: I AM APPALLED AND OUTRAGED AND SHOCKED AT THE ANTI-ROBITE STATEMENTS OF CARL THE ACTUAL HUMAN, WHO IMPLIES THAT I DON’T DESERVE TO HOLD A JOB SIMPLY BECAUSE I WAS BORN DIFFERENT FROM HIM. THIS IS A HIGHLY PERSONAL ISSUE FOR ME, AS MANY OF YOU KNOW, BECAUSE ROBOT RACISM COST ME THE LOVE OF MY LIFE AND …I’M SORRY, I’M GETTING CHOKED UP …AND I DON’T KNOW IF I’LL EVER GET HER BACK.

Carl the Actual Human: I would like everyone to keep in mind that any emotion Terrence is showing right now is entirely fabricated and calculated, as he is incapable of feeling anything. I am not “racist” against robots, because robots are not a race. All they do is take American jobs and ruin our joke economy with machine-like quips that barely make sense as actual humor. Terrence is supported by the ideological Oil Party, but do they even have a coherent comedy platform? Or is it just blanket anti-human rage? I mean, was anyone else seriously disturbed when those oil robots brought a laser gun to hear Shane Ryan speak, citing “robot rights”?

Terrence the Grantland Robot: FUNNY THAT YOU SAY “AMERICAN” JOBS, CARL THE ACTUAL HUMAN, BECAUSE YOUR FATHER WAS IN THE ARMY AND I HAVE YET TO SEE PROOF THAT YOU WERE BORN IN THE UNITED STATES AND NOT SOME MILITARY BASE IN GERMANY. HAVE WE SEEN THE BIRTH CERTIFICATE, FOLKS? HAVE WE SEEN IT?

Carl the Actual Human: Wait, do you actually have to be born in America to be able to write for Grantland? I’m pretty sure that’s not one of the requirements of the—

Carl the Actual Human: Look, Terrence can talk all he wants about how he “rescued” the joke economy, but my record shows that I have five solid years of jokes under my belt, on my own, in the free market. That’s actual change. Look at my record, folks.

Carl the Actual Human: I didn’t realize they had pins, to be honest …

Carl the Actual Human: Why won’t Terrence the Grantland Robot release his joke-programming records for the last 12 years? They’re in an offshore account in the Cayman Islands, and nobody knows what they look like. How are we supposed to trust his development over the next few years if we don’t know his origins?

Terrence the Grantland Robot: FOLKS, YOU KNOW ME. ALL MY BROTHERS WERE HERDED AND KILLED IN A PHOENIX JUNKYARD, AND ONLY I ESCAPED TO WRITE FOR GRANTLAND. WHAT OTHER ORIGINS DO YOU NEED? WHO CARES ABOUT THE JOKE PROGRAMMING? I STAND ON MY RECORD OF SURVIVING TRAGEDY AND LETTING HUMOR BLOOM FORTH FROM MY PAIN LIKE A ROSE IN THE DESERT.

Carl the Actual Human: We should also talk about Terrence’s mental instability. Why did he take a three-day hiatus several months ago? Was it, as Shane Ryan indicated, due to oil-related alcoholism stemming from a previous breakup?

Terrence the Grantland Robot: SO FIRST I CANNOT EXPERIENCE EMOTIONS AND NOW I AM MENTALLY UNSTABLE? THERE YOU GO AGAIN, CARL!

Terrence the Grantland Robot: IS ANYBODY ELSE WORRIED THAT RAMMSTEIN CARL LOOKS AT PORNOGRAPHIC WEBSITES? SHOULDN’T HE BE COMMITTING ALL HIS TIME TO WRITING JOKES FOR THE GOOD OF THE COUNTRY?

Carl the Actual Human: Wait a second, are you hacking into my Internet history records? That’s got to be against the law. How did you know about that?

Terrence the Grantland Robot: I DIDN’T, YOU JUST TOLD ME! BAM! LOOKS LIKE ANOTHER PERVERT JUST GOT TERRENCED! UNDER MY WATCH, “ABOUT LAST NIGHT” IS SAFE FOR GOOD CLEAN AMERICANS WITH AMERICAN VALUES!

Carl the Actual Human: The fact is, we all know that 47 percent of the people in this country are idiots who wouldn’t recognize a joke if Dane Cook shoved their face into a clown wig. It’s not my job to entertain those people, but to produce great content for the other 53 percent.

Terrence the Grantland Robot: I REPRESENT ALL OF YOU! HEY STUPID 47 PERCENT, DO YOU GUYS LIKE FART NOISES? EVEN YOU IDIOTS CAN RECOGNIZE THE HUMOR IN FART NOISES, RIGHT? I PROMISE TO BRING MORE FART NOISES TO THE COMEDY GAME IN MY SECOND TERM. I HAVE NEVER ONCE SEEN CARL MAKE A FART NOISE.

Carl the Actual Human: We all know Terrence had to form alliances with some very shady people to land the position at Grantland. He’s affiliated with many wealthy businessmen, including the well-known criminal mastermind V, and how can we guarantee that they won’t teach him how to outsource his jokes in order to avoid taxes?

Terrence the Grantland Robot: I AM FOR TO LAUGHING IN THIS ACCUSE PLEASE HOLD FOR 27 MINUTES AS TO HATCHING FOR YOU ONE JOKE OF A LIFETIME MAKE TOO MANY OF THE GRANDEST SMILES HAPPY AMERICAN FUTURE!

Terrence the Grantland Robot: IN CONCLUSION I AM THE MAN YOU HAVE KNOWN AND TRUSTED FOR THESE PAST FEW MONTHS. I KILLED HEZEKIAH TO PROTECT YOU. AS ABRAHAM LINCOLN ONCE SAID, DON’T SWITCH HORSES MIDSTREAM. SO ASK YOURSELVES, WHO WILL YOU VOTE FOR IN THIS ELECTION? TERRENCE, THE “ABOUT LAST NIGHT” HERO, OR JOHN WILKES CARL?

Carl the Actual Human: All this name-calling, with “John Wilkes Carl” and “Rammstein Carl,” should show you the level of maturity Terrence aspires to. For sophisticated jokes and an intelligent alternative to Shane Ryan, you should vote for me. For a continuation of the robotic nonsense you’ve had to tolerate, along with suspicious murders and dubious origin stories, vote for Terrence, but if—

Terrence the Grantland Robot: YOU HEARD IT FOLKS, HE SAID VOTE FOR TERRENCE!

Carl the Actual Human: No, I was about to finish by saying that—

I Suck at Football, Week 9: My Almost-Beautiful Matthew Stafford Fantasy