About Last Night: How the West Was Won 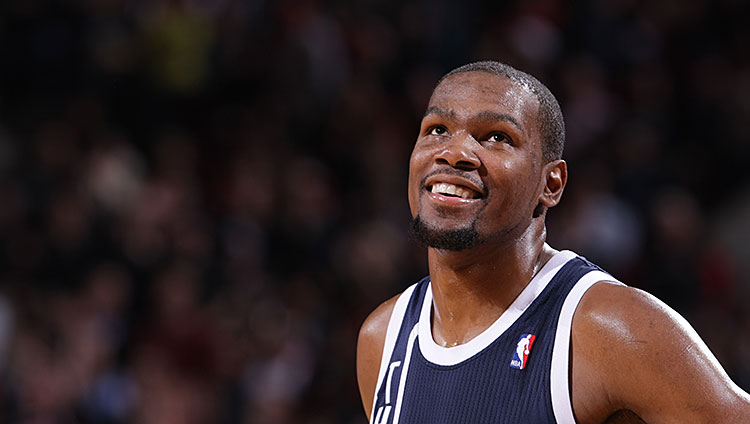 In case you were busy representing on behalf of all the wire fox terriers, here’s what you missed in sports on Tuesday:

• Another monster game from Kevin “Muffins” Durant and a sterling defensive effort from Serge Ibaka were enough for Oklahoma City, which edged the Portland Trail Blazers, 98-95. “Sure, any team can sell out and draft Kevin Durant and win,” said Portland resident Adam Matthews while drinking a locally brewed sour ale. “But a real team doesn’t draft Kevin Durant and still wins. Or, in our specific case, loses. Whatever.”

• Veteran snowboarder Shaun White missed out on an Olympic medal for the first time in his career after his failure to land a trick known as “YOLO” left him in fourth place. Eighteen-year-old Iouri Podladtchikov grabbed the gold, and 15-year-old Ayumu Hirano took home the silver. Now, to count down the three phrases from the previous sentence that best show how old I am: (3) “Veteran snowboarder Shaun White,” (2) “15-year-old Ayumu Hirano took home the silver,” and (1) “trick known as ‘YOLO.’”

• Erin Hamlin secured the bronze in the women’s luge, becoming the first American to medal in the 50 years that singles luge has been contested at the Olympics. Hamlin’s medal also came on the first night of Olympic coverage that Bob Costas has missed in 22 years. Coincidence? Probably. But how can we know?

•  A late equalizer from Victor Anichebe earned West Brom a crucial 1-1 draw with Premier League leader Chelsea. “It’s not a good result for us,” said Chelsea manager Jose Mourinho after the match. “But hopefully, with the Olympics going on in Russia, our owner, Roman Abramovich, was distracted.” A shadow then fell on Mourinho, who paused for a second before sighing and asking, “He’s standing right behind me, isn’t he? Son of a bitch.”

• LeBron James scored 37 as the Miami Heat pulled away late to beat the Phoenix Suns, 103-97. “It’s tough to lose,” said Suns head coach Jeff Hornacek after the game. “But we a played a great game, and I think we can all agree that the most important thing is maintaining strong lifelong connections with the people you love.” Hornacek then wiped his face and winked at the assembled media, who were struck dumb by Hornacek’s seemingly genuine pronouncement.

• Michigan got its first win in Columbus in 11 years, as the Wolverines topped Ohio State, 70-60. “I remember that loss well,” said Ohio State point guard Aaron Craft as he iced down after the game. “That was my fifth year at the helm. Greg Oden was just a recruit on the horizon. I’m not even sure Jared Sullinger was born.” Craft then shook his head and asked, “Has it really only been 16 years? It feels like more.”

It Just Keeps Getting Harder to Believe in Believeland