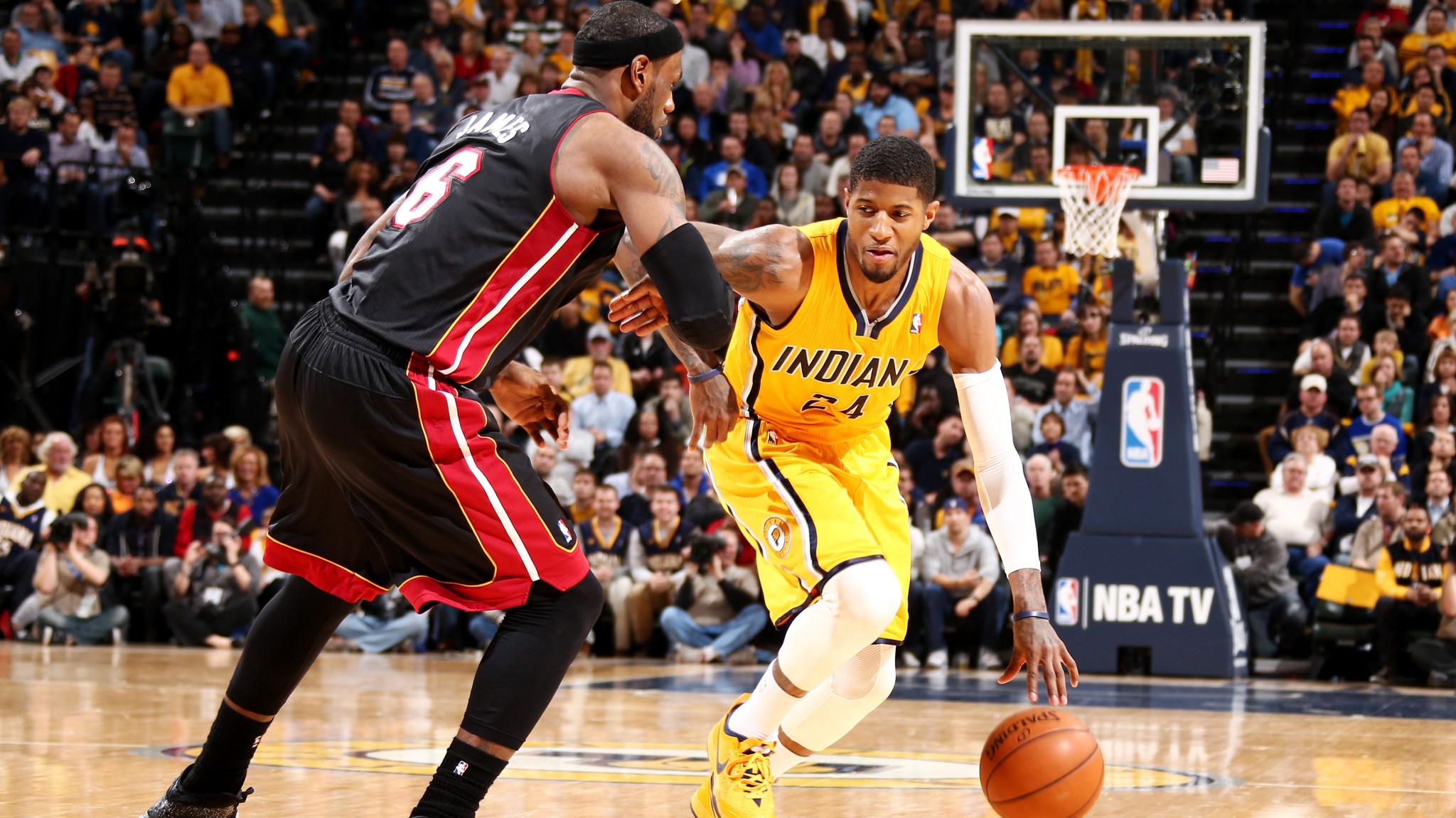 In case you were busy forging the clickbaitiest teaser in ALN history instead of watching sports on Wednesday, you won’t believe what happens next!

Chris Bosh missed a potential game-winning jump shot, giving the Indiana Pacers an 84-83 win over the Miami Heat in a battle of Eastern Conference contenders at Bankers Life Fieldhouse. The matchup was a feisty affair, with the teams jawing before and after the game. Matters took a particularly contentious turn when Pacers forward Paul George told Bosh, “You don’t come into Bankers Life Fieldhouse without consulting with Brian. Brian’s been a banker for years.” Bosh shot back, “Brian has been my banker since before you were in the league, son. Guy got me a car loan. Guy opened up a CD for my daughter with a solid interest rate.” George then laughed in Bosh’s face and shot back, “You call 0.8 percent a solid interest rate on a 10-year? You must be a damn fool, to let Brian play your girl like that.” The two All-Star forwards then had to be separated as Bosh yelled, “You don’t ever talk about Brian’s relationship with my daughter like that! He just living that banker’s life. Brian just living that banker’s life!”

The Bobcats outdueled the Nets in an overtime thriller 116-111. This is notable as it means it was the first time all year that two good Eastern Conference basketball games happened on the same night. Hold on while I blow into a party blower. [Ptooooooph.] Now allow me to throw a handful of confetti in the air. [Pffffffff.] What a celebration this is! Let me blow into the party blower again. [Ptooo—OW!] It got me in the damn eye! Damn Eastern Conference basketball …

In sleeping giants slowly rousing themselves in England:

Daniel Sturridge scored his 20th goal of the year as Liverpool eked out a 2-1 win over Sunderland to stay in the Premier League title hunt. Everything is starting to feel very mid-’80s for Liverpool, who now sit only a point off league leaders Chelsea while playing mind-bogglingly potent attacking soccer. One can only assume the football quality is harbinger of other echoes of mid-’80s Liverpool. Soon a staggering recession will hit the seaside city in northern England. Then Manchester, though no longer the footballing power it had been, will usurp Liverpool’s place in the center of the world of rock and roll. Then the riots will begin as the very social fabric that was holding everyone together dissolves into tatters. But the footballing will be grand, as otherwise depressed Liverpudlians desperately cling to the one thing that isn’t sinking to nothingness alongside the Mersey. Oh, the footballing shall be grand!

In lying on your résumé as a coach is apparently a terrible idea:

Welcome to the George O’Leary club, Manhattan basketball coach Steve Masiello, because apparently you didn’t graduate from Kentucky like you said you did, and now your offer to coach at South Florida has been rescinded and you are on leave from your current job. As much as lying can be a sign of major ethics problems, and college coaches need to be held to a high ethical standard, I must say that if you are willing to hire someone for a job by such a thin margin that finding out they were missing four credits from their University of Kentucky coursework changes everything, your due diligence issues ran deeper than fact-checking a résumé.

In business news, brought to you by Business, your no. 1 source for business:

Ticket prices for Sweet 16 games at Madison Square Garden are skyrocketing as UConn fans are champing at the bit to see their boys play in New York City’s basketball palace. But two people who will not be going into the city on the Metro North are Blair and Martha Whitson of Stamford, Connecticut. As Blair sat reading the ticket prices to himself on his iPad, he said out loud to no one in particular, “These aren’t the things we get to do anymore.” But Martha, sitting in the foyer staring at a crystal swan she had spent $63,000 on a mere half-decade earlier, heard his muttering, and her mind began to reel. What do we get to do anymore?, she thought to herself. What sort of lives do we lead? With only two cars in the driveway, and a gardener who comes once a month out of pity, and a landscaper who won’t return her calls, and a pool that’s been drained much like their bank accounts when the feds stuck their noses in business that wasn’t anyone’s but their own. It made sense when they closed her husband’s accounts, but hers? What had she done wrong? That was her money! And sure, it came from Blair, but she had earned it by keeping a lovely home and getting two kids through college, two kids who never call home and are currently finding themselves by changing their names and traveling through Southeast Asia on ill-gotten Canadian passports. Maybe I should leave, too, Martha thought to herself. But she knew there was nowhere to go. Leaving wasn’t the sort of thing she gets to do anymore. Too old. Too used up. Too broken. Blair then shouted, breaking Martha’s reverie. “Remember when we had courtside seats through the firm? To the Knicks? That was fun. Hey, what do you say we pick up dinner tonight?” But Martha could only think about all the things that she could not pick up anymore, and would never pick up again.