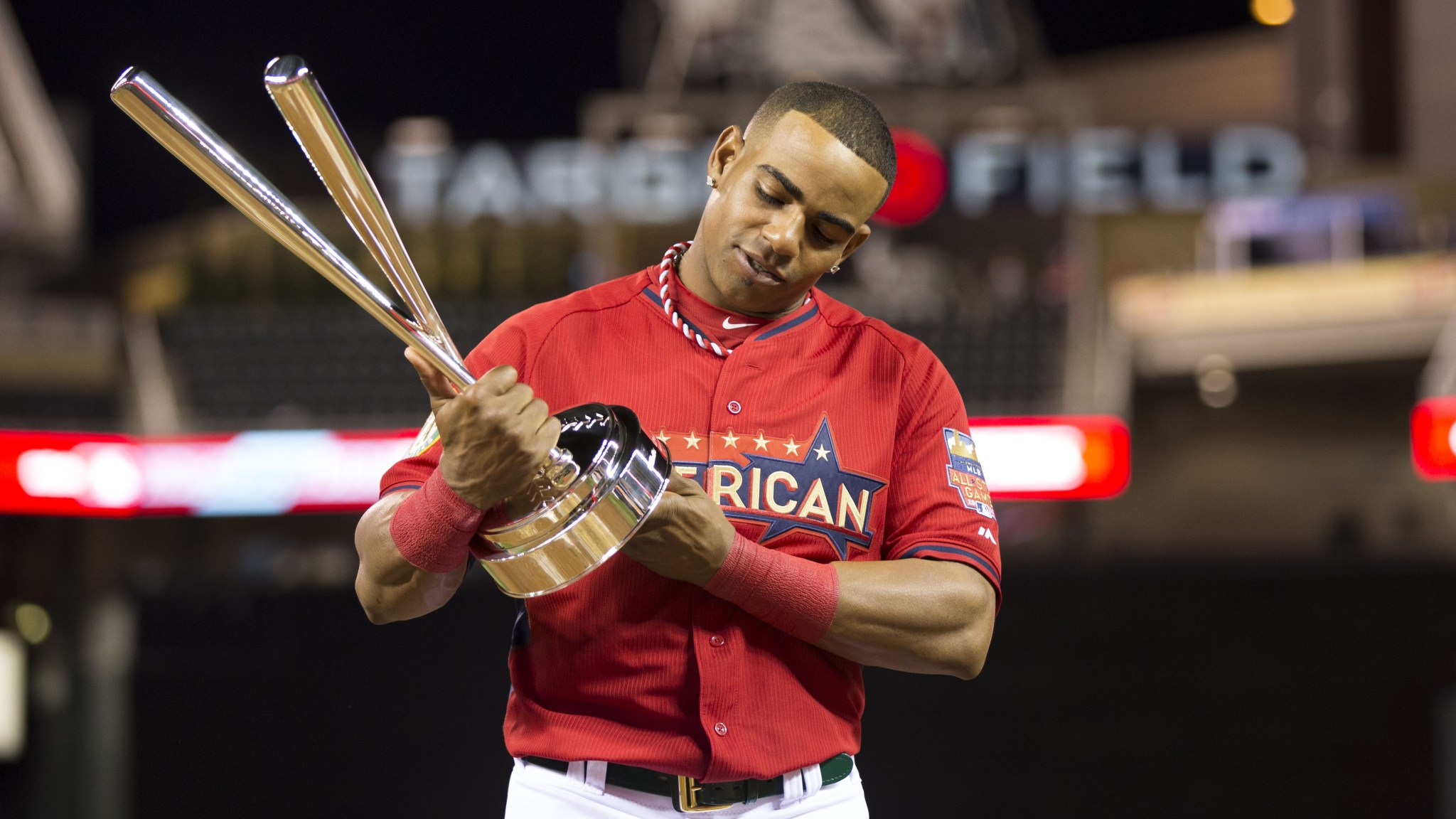 In case you were busy looking for meaningful sports anywhere, here are the top six stories you missed in sports on Monday:

Oakland outfielder Yoenis Cespedes won his second consecutive Home Run Derby, becoming the first player since Ken Griffey Jr. to win the competition in back-to-back seasons. “Back-to-back champs,” exclaimed Oakland general manager Billy Beane as Cespedes was handed the trophy. “We did it!” When asked if he was trying to impart an undue amount of weight on the Home Run Derby in an attempt to settle his jangled psyche in advance of another crapshoot pursuit of an elusive World Series berth for his excellent but likely doomed A’s squad, Beane glared and said, “Back-to-back champs.”

The All-Star starting lineups were announced, with noted Yankees captain and hero Derek Jeter leading off for the American League. When asked why he put Jeter, who is struggling to get on base at anything resembling his career rate, atop his lineup, clean-shaven AL manager John Farrell replied, “So that you guys wouldn’t ask about my facial hair.” When asked a follow-up question about what he was talking about regarding facial hair, Farrell sighed and replied, “It didn’t work.” When asked whether he was talking about his facial hair or using Jeter as a distraction, Farrell said, “Both,” before storming out of his press conference.

Summer league NBA action was the most important sporting event happening Monday, just one day after the World Cup final, so watch this Vine of Cavs rookie Andrew Wiggins being awesome while regretting all the time you spent taking the World Cup for granted over the past month:

In scraping the barrel of what is considered sports news:

FIFA president Sepp Blatter declared he was “surprised” that Lionel Messi was given the Golden Ball award for the World Cup’s best player. Blatter then tapped his fingers together and began laughing maniacally purely out of habit, before adding that he is excited to see Luis Suárez get back on the field, and then pressing a red button on a cartoonishly large remote control. Blatter then excused himself so he could “tend to my growing army of sentient barracudas. Ahem, metaphorical army of sentient barracudas.”

Pilot Flying J, the fuel company co-owned by Browns owner Jimmy Haslam, was fined $92 million in a settlement that will allow Haslam and the company to avoid federal prosecution. “Damn, that’s a lot of money,” said Browns rookie Johnny Manziel when told of the fine, before hanging his head and saying, “I’ll head to the autograph chamber. See y’all in a few weeks.”

While Jimmy Graham closes in on a massive deal with the New Orleans Saints, the Pro Bowler appealed the NFL ruling that decided he qualifies as a tight end for the purposes of determining the salary he will receive after being franchise tagged. On Graham’s side in this confrontation are a battery of stats that show he plays football unlike any other tight end in the game. Working against Graham is that he plays tight end.