About Last Night: Getting All A’s 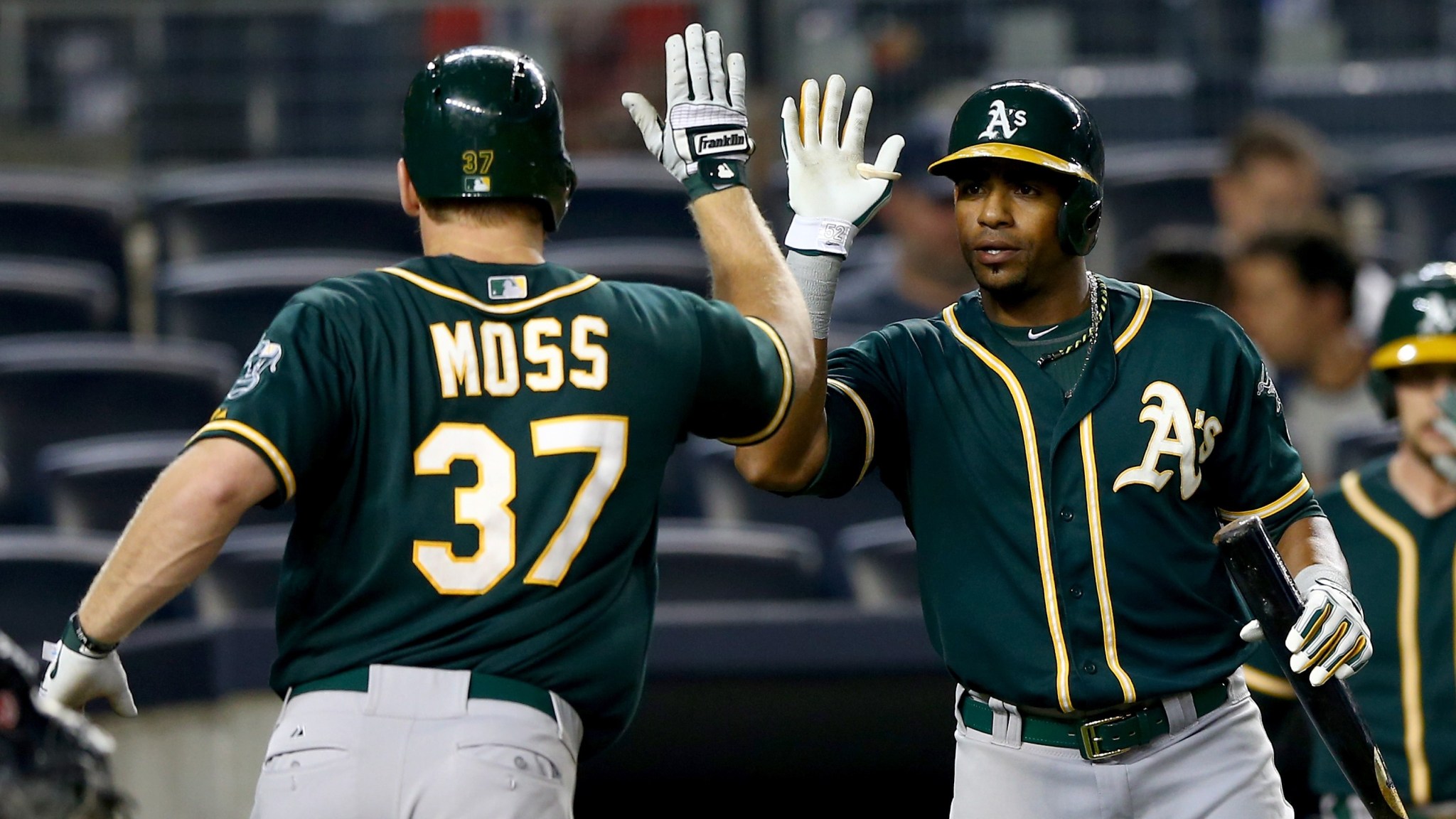 In case you were out joining Horace Grant in permanently settling the debate between the 1990s Bulls and the 2010s Heat, here are the top six stories you missed in sports on Tuesday:

Oakland first baseman Brandon Moss hit two home runs, including what proved to be the game-winner in the 10th inning, as the American League–leading A’s rallied to beat the Yankees 5-2. “A rolling me gathers no stones,” exclaimed Moss as he crossed home plate in the 10th inning. Unfortunately for Moss, the inversion of a maxim for the purposes of creating a pun violates one of baseball’s unwritten rules, and he will be punished with a somewhat ironic beanball the next time the A’s and Yankees square off.

Baltimore outfielder Nelson Cruz hit his major league–leading 21st home run in his return to Texas, powering his Orioles to an 8-3 win over the Rangers. “It’s nice to be back, and it’s even nicer to come back with a home run.” When asked if that was because he harbored ill will toward his former team, Cruz shook his head and said, “No, it’s just always better to have somewhere to go after you’ve rubbed Adrian Beltre’s head rounding third base.”

In the rough-and-tumble NL East:

Marlins starter Henderson Alvarez threw his third shutout of the season as Miami beat Tampa Bay, 1-0, and Ryan Zimmerman and Jordan Zimmermann starred for the Washington Nationals, who shut out the Philadelphia Phillies, 7-0, to move back to .500. But the return to form of the two Zimmermen(n) leaves more questions on the table for the Washington front office. Namely, what of Kevin Zimmermannn? And Wally Zimmermannnn? And Theodore Von Zommermannnnn? And Gio Gonzalez? And Count Leopold Zammermannnnnn IV? When will Nationals GM Mike Rizzo get the most of that quartet of Z_mmermenn(n)(n)(n)(n) and Gio Gonzalez?

The Mexican national team was at a loss for attacking ideas in its penultimate World Cup tuneup, falling 1-0 to Bosnia and Herzegovina in a match that featured a number of strange refereeing decisions. “World Cup Friendly With Strange Refereeing Decisions” is also my second-favorite type of proxy war for organized crime syndicates, trailing only “Moles Planted in Internal Affairs That Can’t Remember Which Side They’re On.”

In France and the French:

Novak Djokovic cruised into the French Open semifinals with a 7-5, 7-6 (5), 6-4 win over Milos Raonic. There he will face Ernests Gulbis, an opponent whom Djokovic described as “a totally unfair amount of Ernests for a single man to face.”

Spurs point guard and noted Frenchman Tony Parker plans to play in Game 1 of the NBA Finals after suffering an ankle injury that knocked him out of the second half of the final game of the Western Conference finals. “What is pain?” Parker mused as he sucked down a Gauloise while laying facedown on a massage table in the Spurs’ facility. “Is it, as some idiots would say, weakness leaving the body?” Parker asked before spitting his cigarette butt onto the training room floor. Parker then lit another Gauloise and continued, “Pain is not that. It is a reminder that we have weak cornhusk-like husks for bodies, from which there is only one escape.” When the trainer working on Parker’s ankle asked him, “Is it death? Is that the escape?” Parker replied, “An astute question. I used to believe that was so. But a man who is not unwise has shown me it is not death that gives us the escape, it is only rest.” And with that Parker sucked down the rest of his Gauloise and sprang off the trainer’s table. The ruse he concocted with Coach Popovich to avoid playing half of a basketball game had worked to perfection.

These Shirts Were Made for Laughing: Thoughts on Russell Westbrook’s Masculine Challenge