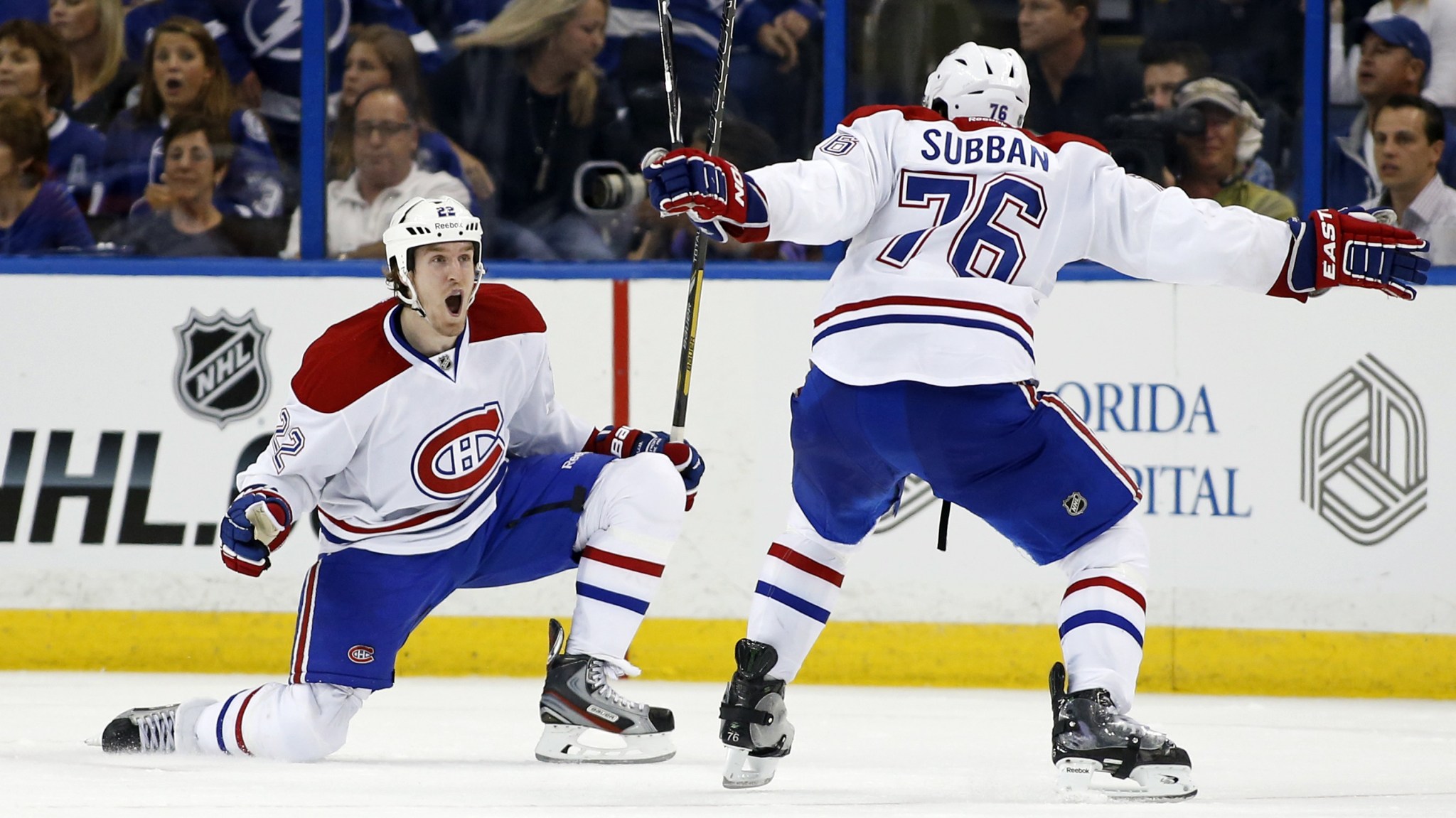 In case you were busy jamming out to “Hit Somebody!” by Warren Zevon, here are the top five stories you missed in sports on Wednesday:

Opening night of the NHL postseason was a big night for birds and Canadiens as the Ducks beat the Stars 4-3, the Penguins topped the Blue Jackets 4-3, and Montreal beat Tampa Bay 5-4 in overtime. When asked if he felt an extra burden as the captain of the only Canadian team to make the postseason, Habs captain Brian Gionta replied, “Uh, no. We’re Montreal. I’m American. I’m glad those guys are gone.” When asked if he meant it, and if he really harbored ill will toward Edmonton, Gionta replied, “Oh, those glacier humpers? The worst. Don’t get me started. Do not get me started.”

While Kevin “Muffins” Durant and the Oklahoma City Thunder locked down the no. 2 seed with a 112-111 win over Detroit, the Memphis Grizzlies completed their late-season turnaround by clinching the no. 7 seed in the West with a 106-105 overtime win over Dallas. When asked how his team would prepare to deal with the resurgent defensive juggernaut that a healthy Grizzlies team presents, Thunder coach Scott Brooks shrugged and said, “Isos for Durant and Westbrook, probably? I dunno? That should work, yeah?” Brooks then cocked his head and asked, “You have any ideas? I’m all ears.”

Madrid’s win proves once and for all that in soccer, as in life, if you have enough money, you can’t be cursed by dropping a trophy and running over it with a bus.

In you know what’s kinda cool? Half a billion dollars, I guess?

Herb Kohl will sell the Milwaukee Bucks for $550 million to hedge-fund billionaires Wesley Edens and Marc Lasry, who plan to keep the team in Milwaukee. Kohl bought the team in 1985 for $18 million and fulfilled his promise to keep the team in the state, proving once and for all that in basketball, as in life, any U.S. senator with tens of millions of dollars, political connections, and access to a major stake in an oligopoly that exists outside the bounds of antitrust laws can become a wealthier and regionally beloved man in less than three decades so long as he doesn’t throw his team onto a bus.

In one of these things is not like the others:

Aces went wild as Masahiro Tanaka put up another eight spectacular innings in the Yankees’ 3-0 win over the Cubs, Johnny Cueto struck out a career-high 12 in the Reds’ 4-0 win over the Pirates, and Felix Hernandez ran his season K/BB ratio to an absurd 39/3 in 28⅓ innings in the Mariners’ 3-2 loss to the Rangers. “Yeah, it’s tough to have your bullpen blow the game, but who among us will have been hardened by inexplicable failure into a man capable of experiencing true enlightenment?” a serene Hernandez asked after the game. “Probably not Johnny Cueto.”