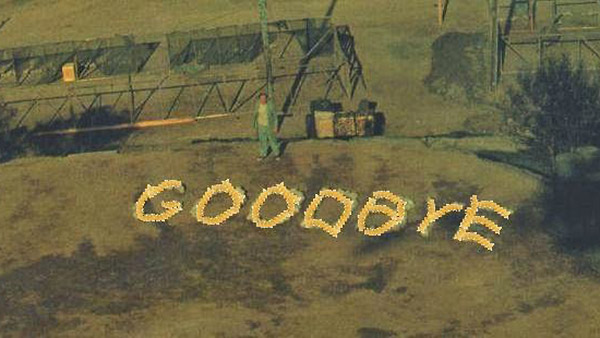 If there’s one good thing to say about it, as the sun sets on what we’re going to call the Cream Cheese Prohibition Era of the NCAA’s reign — and there is just one thing — it’s that it has provided us with a bottomless hot bar of material with which to work during the absolute worst parts of the year, when actual football is thin on the ground. We got to do things like put an entire frozen pizza, still in the box, on half a cinnamon raisin bagel; we got to submit an actual request for comment to an actual athletic department regarding what, exactly, constitutes “an impermissible serving of pasta”; we got to share our findings with you and have a laugh in the long dumb dark of the offseason. And we got to call that “work,” for which we consider ourselves truly, stupidly blessed.

And because of that, we can’t let this go without putting some kind of immediate postwar romantic spin on the imaginary fallout. Picture, if you will, a family of West Coast cream cheese bootleggers, on the wrong end of supply and demand, giving up their operation and taking jobs selling insurance in Thousand Oaks. Tunnels between Southern campuses and nearby Golden Corrals falling into ruin. The shadowy agents of impermissible pasta, scattering to the winds, cut adrift like soldiers at the end of a conflict they’re not sure they should’ve fought in the first place. Maybe one passes another on some far-flung street somewhere. Maybe their eyes meet, and they turn away before they can even nod, lest an automatic blink reveal tears. Maybe someday they’ll meet again. For people of their sort, there will always be work.

Going forward in our japing quest, however, we must all content ourselves with what fodder remains, which consists of “the entire rest of the NCAA’s amateurism model.” What to do? Whatever to do?

Rounding Out the NBA Awards