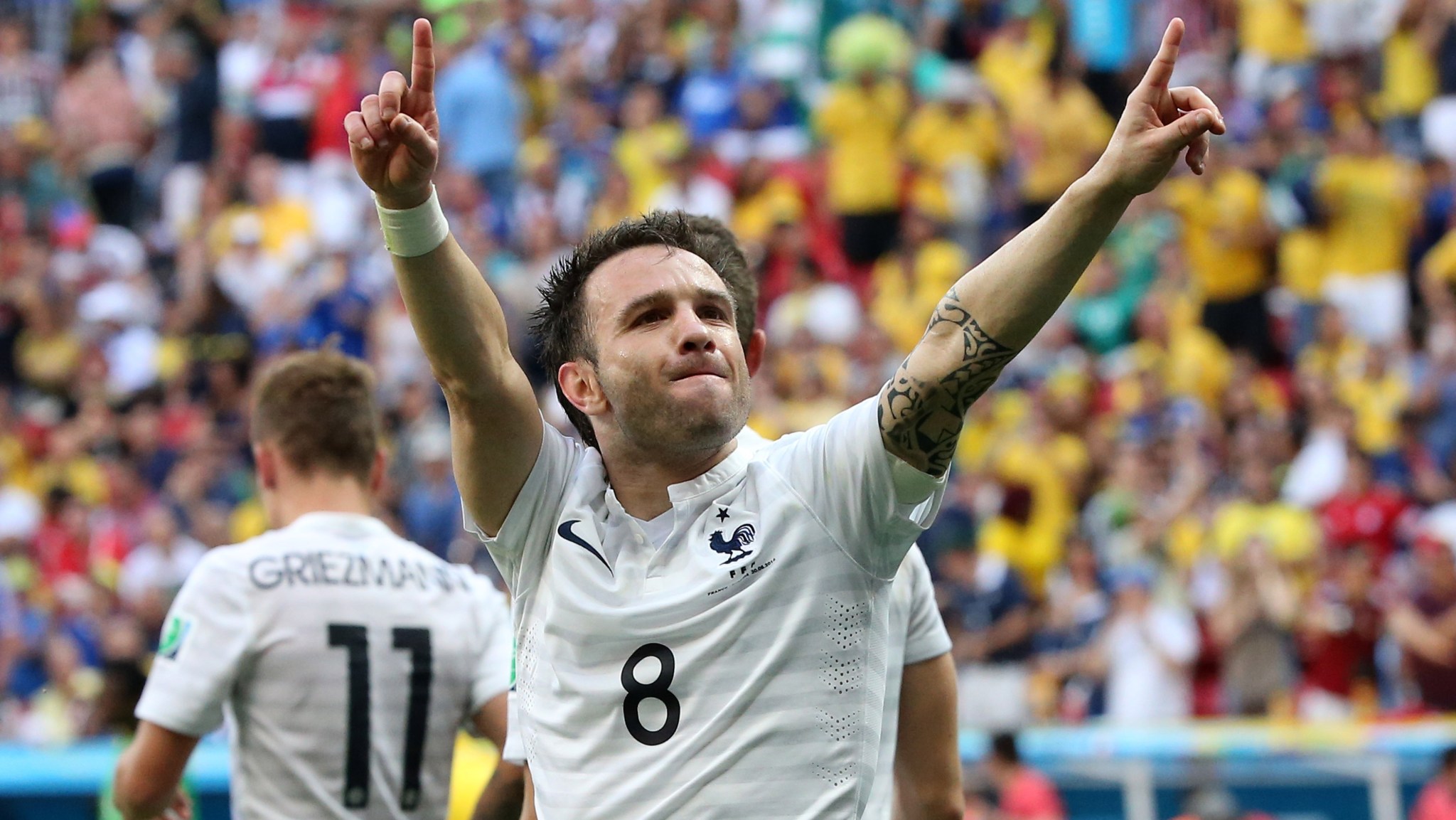 In case you were busy losing your balance and falling on top of an opponent, hitting your face against the person, and leaving a small bruise on their shoulder, here are the top six stories you missed in sports on Monday:

In two games, one cup:

France scored twice late, once off the head of Paul Pogba and once off the leg of a Nigerian defender, to eliminate Nigeria from the World Cup with a 2-0 win. “I do not usually go for my country’s brand of philosophy, and I almost never smoke,” said noted French midfielder Pogba after the match as he sucked down a Gauloise. “But given the circumstances, I wish to point out that my headed goal was meaningless, much like life, given the Nigerian error that came later in the match. But then I must ask: Would that error have happened had I not headed in a goal? And to that I answer, it does not matter.” Pogba then exhaled and added, “Also, this cigarette is terrible. Much like life.”

Also getting two late goals was Germany, which put two in the net in extra time and then held on to oust upset-minded Algeria in a surprisingly thrilling 2-1 match. It was perhaps most notable for the aggressive positioning of German goalkeeper Manuel Neuer, who was the definition of the little-used German word, “Daisenschrubbinwindled,” which translates loosely to “bored by playing behind a possession-oriented midfield, and willing to get in the action by any means possible.”

In an alternate-reality replay of the 2003 World Series:

Chicago starter Jake Arrieta had a no-hit bid broken up by Stephen Drew in the eighth inning, Arrieta’s second deep no-hit run in as many starts. The Cubs still went on to shut out the Red Sox, 2-0, at Fenway Park. “I knew my no-hit bid was on borrowed time,” Arrieta said with a wink after the game. When he received a room full of blank stares, Arrieta sighed and said, “It’s like in that book The Borrowers. The main character is a girl named Arrietty. They made a couple of movies about it. It was a dumb reference. Just please, anyone say anything so I can dig myself out of this hole. Please! Come on. I feel like I’m three inches tall up here!”

The Detroit Tigers, powered by a walk-off grand slam from Rajai Davis, beat the Oakland A’s 5-4. “I homered too!” said a petulant Miguel Cabrera after the game. “Why isn’t anyone talking about me and my home run? It went farther and looked cooler.” Cabrera went on like this for a while before Tigers manager Brad Ausmus came over and explained the value of sharing to his superstar first baseman. When that failed to calm Cabrera down, Ausmus handed the Tigers slugger a lollipop, which was all Cabrera wanted anyway.

In the ongoing affairs of the financial advisory firm of Basketball Jones & Jones:

Jason Kidd is your new head coach of the Milwaukee Bucks after being acquired from the Brooklyn Nets in exchange for two second-round picks. “I love Milwaukee,” said Kidd of his new job. “But really, the way I see it, I’m three moves away from being head coach of the Spurs.” When asked how he saw it that way, Kidd’s face dropped and after a moment he whispered, “Oh god. I have no idea. What have I done?”

Sources close to LeBron James are reporting that the free-agent forward believes he is worth a max-contract extension and would like to re-sign with Miami, assuming the team is still able to build a strong squad around him. These sources include some guy who has heard of LeBron James, three people all named Barbara who have somehow not heard of LeBron James, and a weird-looking pigeon that cooed “duh” over and over again when asked if it could confirm the reports.