About Last Night: Fear the Royals 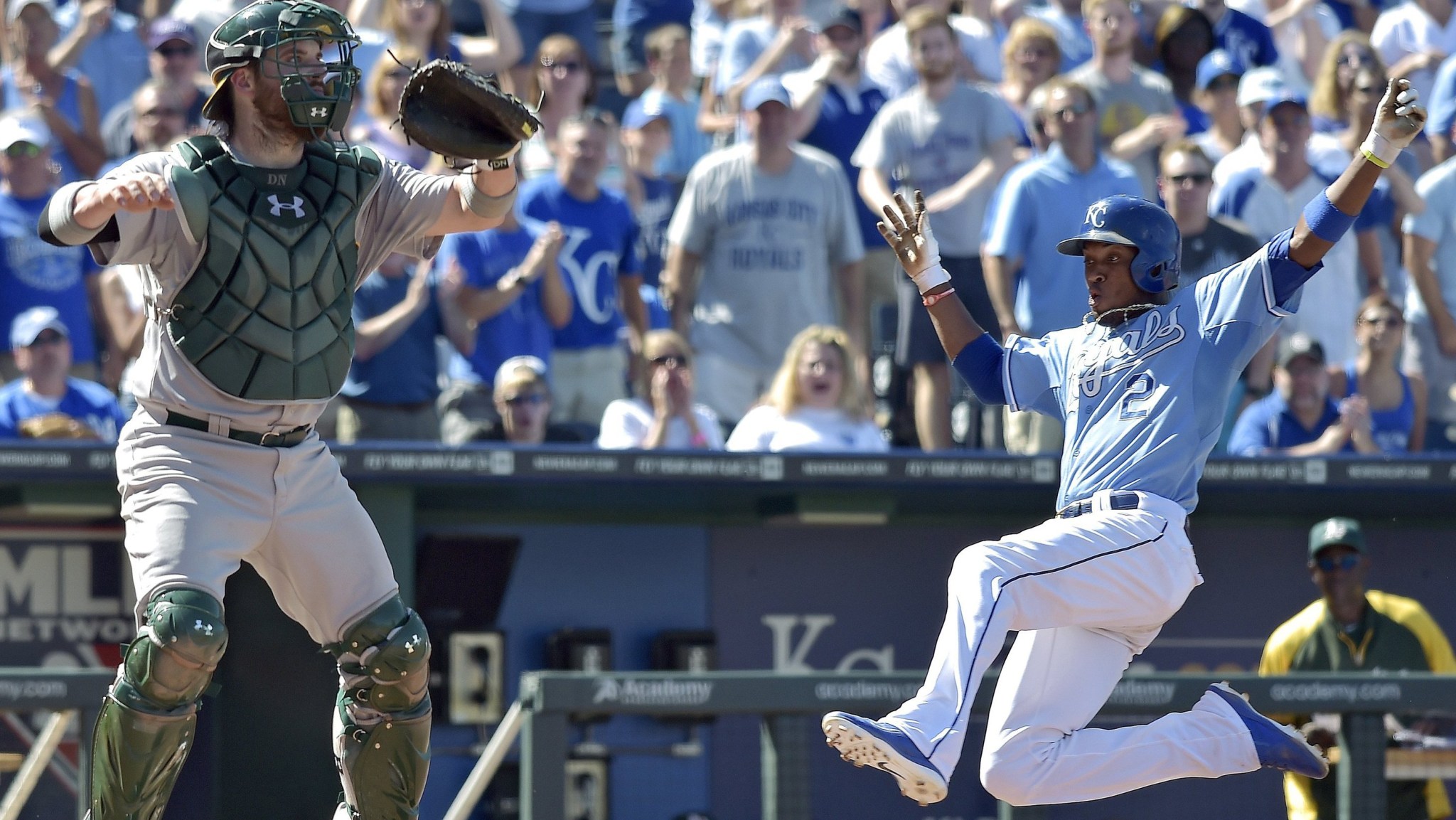 In case you were busy Djoking around with your friends until they got Fed up and left to go play tennis with Rafael Nadal, here are the top six stories you missed in sports on Thursday:

In celebrating good times, come on:

The unstoppable Kansas City juggernaut plowed forward like some sort of automatic plowing machine, beating the AL-leading A’s 7-3. This game will forever be remembered in Kansas City lore as “that game that had those sick stolen bases that were in the montage of great plays and high fives from the 2014 Royals season. You know the montage! The one interspliced with spinning newspapers featuring headlines such as ‘Royals Win Again’ and ‘Those Boys in Blue Keep On Winning.’ Come on … you remember that montage set to John Fogerty’s ‘Centerfield.’ Everyone watched it on YouTube back in 2014. It was a viral sensation, as it so perfectly captured the amazing run of the Royals that summer. Of course, no one watches it now, due to the tragic way the run ended. You know, that tragedy that we all remember but will never speak of because of the extent of tragedy involved. That well-known tragedy that not only ended the Royals’ run toward their first playoff berth in 29 years, but also transformed modern life into the dystopian hellscape it now is. This was that game with those sick stolen bases! Now pass me the rest of that can of dehydrated milk before the mole people sniff it out. I need my weekly protein ration or I’ll die!”

The Tigers managed to keep pace with the Royals after Max Scherzer struck out 14 in Detroit’s 5-2 win over the Pittsburgh Pirates. When asked if he was feeling particularly burdened by the injuries to rotation mates Anibal Sanchez and Justin Verlander, Scherzer shook his head and explained, “It was a battle of Tigers and Pirates, so I watched Life of Pi to inspire myself. Works every time.” When asked what he would do for his upcoming starts, Scherzer said, “Well, we get the Mariners next, so that’s Life of Pi. Then the Rays, so Life of Pi again. Then the Twins, so I’ll watch Twins. Then we’ve got the Yankees, so right back to Life of Pi. Works every time.”

In a man with two first names and a bonus man:

Rob Manfred will succeed Bud Selig as the commissioner of Major League Baseball after beating out Red Sox chairman Tom Werner. “Selig’s a tough act to follow,” Manfred said of his new position, “but I hope I can get players and fans on my side quickly either through a series of innovative new policy initiatives or by roundly condemning an owner after he gets caught saying something awful.” Manfred then shrugged and added, “Either way works for me.”

The Chicago Bears came from behind to beat the Jacksonville Jaguars 20-19, as they withstood strong games from both rookie Blake Bortles and veteran Chad Henne at quarterback. “No regrets at all about taking Blake, he looks awesome,” said Jaguars head coach Gus Bradley after the game. “I mean, there’s no evidence that the player taken right after him in the draft is going to be any better than Blake. What would that evidence even look like?”

Cleveland quarterback Johnny Manziel was reportedly a few minutes late to an administrative meeting at Browns training camp. I think we all know there is only one rational reaction to this news: talking about nothing else for the next 24 hours!

Ben Roethlisberger was reportedly hurt by comments made by former teammate Emmanuel Sanders, who said that Peyton Manning is a better leader than Roethlisberger. While this is a really interesting debate to have, I think a more interesting debate is the impact of Johnny Manziel’s tardiness on his Mount Rushmore capacity. Does Johnny belong on the Mount Rushmore of punctual quarterbacks, which for me consists of Trent Edwards, Phil Simms, Teddy Roosevelt, and Jay Cutler? Or does he belong on the Mount Rushmore of quarterbacks who can’t win the big one, which no doubt includes Trent Edwards, Peyton Manning, Teddy Roosevelt, and Jay Cutler? Only time will tell. The good thing is, we can debate these Rushmores all weekend long.