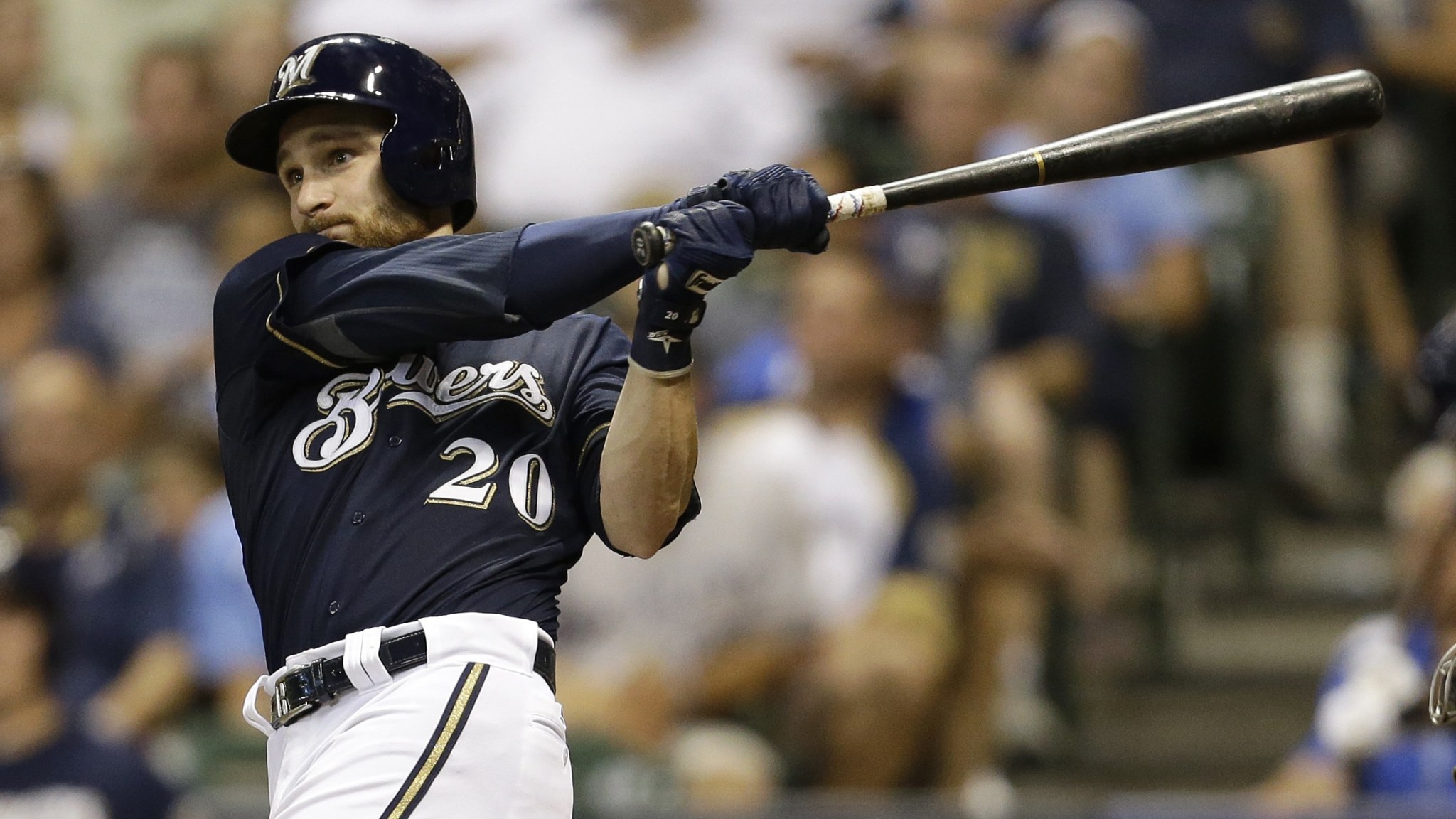 In case you were busy wondering if Donald Sterling is ever going to get around to naming you as a defendant in a frivolous lawsuit, here are the top six stories you missed in sports on Tuesday:

In just the right amount of innings:

Milwaukee catcher Jonathan Lucroy blasted a walk-off home run as the Brewers opened up a 1.5-game lead in the NL Central with a 4-3 win over the Cincinnati Reds. “At the rate he’s going, we’re going to have to adopt him into my family,” said injured Cardinals catcher Yadier Molina of Lucroy’s stellar season. Molina then added, “Seriously. You don’t think Bengie, Jose, and I all have the same parents, do you? You aren’t that naive? What, one set of people could birth the three greatest pitch framers of a generation? Come on, no one thinks that, do they?”

In too many innings:

Newly acquired infielder Chase Headley introduced himself to the Bronx in style, knocking in the game-winning run in the 14th inning of the Yankees’ 2-1 win over the Texas Rangers. “That’s using your Headley,” muttered former New York Post headline writer Scott Fenton as he rocked back and forth in his chair while nursing a glass of cheap bourbon. “Cashman got a Headley in business,” he added, as his wife implored him to come to bed. But Fenton stayed glued to his La-Z-Boy, repeating “Chase-d Away” to no one in particular.

Also winning in extra innings were the San Francisco Giants, who beat the Philadelphia Phillies, 9-6 in 14 innings, and the Houston Astros, who got a game-winning home run from L.J. Hoes in the 12th inning of their 3-2 win over the league-leading Oakland A’s. Hoes’s home run was especially sweet, as it came on the birthday of his mother, Gale Hoes. When told about her son’s blast, Mrs. Hoes frowned and said, “I hope he doesn’t think that counts as a present. He still needs to buy me some flowers. I carried that boy inside of me for nine months, and took his father’s name as my own. I’m not being unreasonable here.”

LeBron James sent cupcakes to his neighbors in Bath Township, Ohio, to apologize for the increased traffic in the neighborhood caused by the furor surrounding James’s return to Cleveland. The gesture was appreciated by all of James’s neighbors, save for local food blogger K. Anderson Templeton, who said of the apology, “Cupcakes? Really? What year is this, 2012? Because the only thing coming back in my eyes is a stale food trend.” Templeton then made a surprising decision of his own, taking himself to try the new Vietnamese place in town, Pho the Win, in spite of its insipid name.

In the rich getting richer:

Real Madrid countered rival Barcelona’s recent acquisition of striker Luis Suárez by bringing in World Cup Golden Boot winner James Rodríguez from Monaco on a transfer estimated to be worth €80 million. And with the options Madrid had on hand, who can blame them? What, they are just supposed to come into the season with their attacking midfield options limited to Cristiano Ronaldo, Gareth Bale, Toni Kroos, Ángel di María, Isco, and Luka Modric? Of course not! If they didn’t have Rodríguez, how would they fill the role of “attacking midfielder who is slightly more versatile than Isco, more creative than Di María, and more athletic than Kroos, but also less accurate as a passer than any of those three”? With just Jesé, who is returning from knee surgery in three months? No way!

In the most wonderful time of the year:

Head Ball Coach Steve Spurrier took some shots at Clemson head coach Dabo Swinney in an interview with ESPN before explaining, “I’m an entourage of one,” during the opening salvo of what Spurrier described as his “talking season.” For Spurrier, talking season runs from late July into mid-August, at which point “jawing season” begins and runs until mid-October, when “blustering time” takes full effect. This overlaps a little bit with his annual “shmooze cruise,” which goes straight into “spiel week,” a critical part of “stumping month.” Then, around mid-December, Spurrier heads out to his “oration station” and rambles straight into the bowl season. Then comes “haranguary,” “chat history month,” March, and “Hot Air-pril.” Then Spurrier hibernates during his quiet season, so he can come into talking season ready to go with gems like, “Dabo probably thinks there’s only, what, nine planets out there?” Zing!