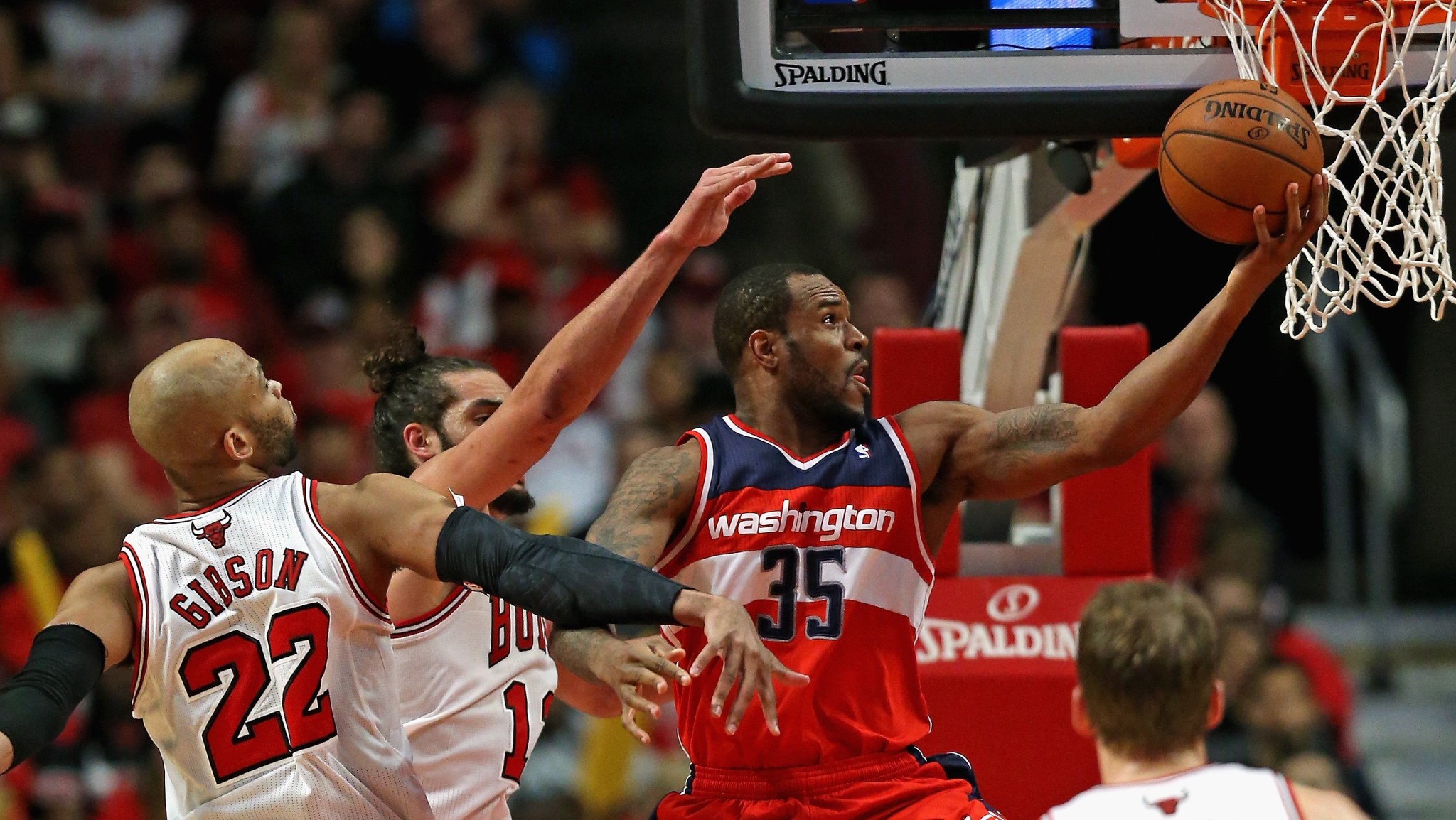 In case you were busy establishing yourself as the most popular commissioner in professional athletics, here are the top five stories you missed in sports on Tuesday:

In teams that everybody loves:

The Washington Wizards clinched their first playoff series in nearly a decade, finishing off the Chicago Bulls with a 75-69 defensive triumph, while the Memphis Grizzlies grabbed a 3-2 series lead over the Oklahoma City Thunder, with a 100-99 overtime win. The Thunder lost despite Russell Westbrook doing this:

In the big-money behemoth that is the Seattle Mariners:

Robinson Cano faced a chorus of “you sold out” as he returned to Yankee Stadium for the first time as a Mariner, but Seattle still managed a 6-3 win over New York. Seattle was aided by the confusion of Yankees stars Mark Teixeira, Masahiro Tanaka, Jacoby Ellsbury, CC Sabathia, and Brian McCann, all of whom thought for a moment that their own fans were calling out their massive free-agent contracts.

In playoff rivalries going all the way:

Powered by Wayne Simmonds’s hat trick, the Philadelphia Flyers beat the New York Rangers, 5-2, to force a Game 7 in their first-round series. “This is huge for us,” said Flyers captain Claude Giroux. “I mean, I hate the Rangers more than anyone.” Giroux then paused and said, “Well, except for the Penguins. And man, I hate the Devils. And the Caps. And the Bruins. And the Isles. Did I say the Devils? Also the Leafs. And the Wild. And the Lightning. And the Habs. And for sure the Flames. Oh god, the Red Wings and Blackhawks. Man, I still hate the Whalers. And the Stars. And the Milwaukee Bucks for some reason. Also the Avs. And the Oilers, both hockey and defunct football. And the Kings, Sharks, and Canucks. Did I say the Devils?” Giroux then paused again, furrowed his brow, and asked, “Wait, do I have an anger problem? Also, did I mention the Devils?”

In pursuit of La Decima:

Cristiano Ronaldo and Sergio Ramos both scored twice as Real Madrid throttled Bayern Munich, 4-0, at the Allianz Arena to reach the Champions League final. Ronaldo’s goals gave him a record 16 for this Champions League campaign, but hopefully he’ll keep his cool over breaking the record and not do anything weird and ostentatious as a result … wait …

In things that are ending better than could have been expected:

In the wake of owner Donald Sterling’s permanent ban from the NBA, DeAndre Jordan led the Los Angeles Clippers to an emotional 113-103 win over the Golden State Warriors. It’s been a trying week for the Clippers’ players and coaches, so let’s take a look at an exclusive copy of a brand new poetic expression from J.J. Redick, the latest in a long line of poems written by the Clippers shooting guard:

April 30, 2014
Playoffs? Sure, but can we play on?
What do you do when you’re caught in a con?
Stuck between the man who cuts the check
and your teammates you love and have grown to respect.
When I am dunking the ball and shooting up 3s
Like an eagle before the fall I am flying so free
But now like an eagle I’ve become endangered
By feelings I’m trapped in a nest made of danger.
So I look to myself to make the right choice
To my teammates, my brothers, to find the right voice.
Seeing them belittled makes everything hard.
All the work they put in at risk of being charred.
We are all going to act with dignity and poise.
Can no longer be treated like a billionaire’s toys.
We look around the locker room and make eye contact
We know that we’ve got to have each others’ back
Especially with Don out, fined and suspended
Our unrighteous owner, righteously upended
So we’ll play, but we’ll do it for a different man upstairs
Not Sterling or Silver, but the dude who answers our prayers
Which is to say that we’re still a team.
Surely we must still follow our dreams.
That’s for sure. So we’ll surely play on.
They call it the playoffs, but for us it’s play on.