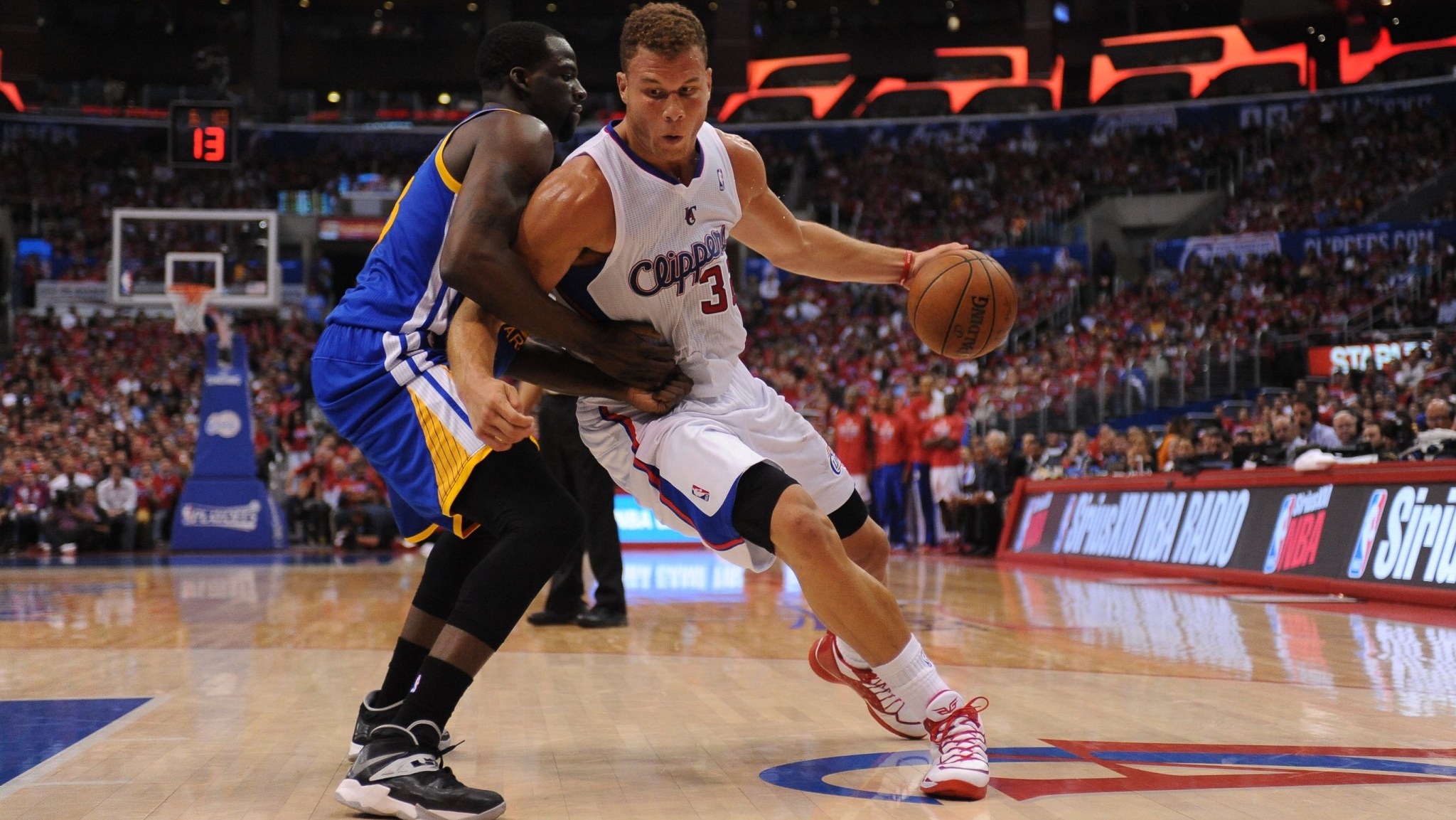 In case you were busy seeing what happens if you mix some facts in with your “facts,” here are the six things you need to know from sports on Monday:

The Clippers thrashed the Warriors, 138-98, to even up their series at a game apiece while Kevin “Muffins” Durant doing this was not enough to give the Thunder a win:

It should have been enough. It really should have been. But because basketball is not about who does the best thing ever, Oklahoma City lost in overtime to Memphis 111-105.

In playoff hockey is too much:

The Penguins rallied with three third-period goals to stun the Columbus Blue Jackets, 4-3, and grab a 2-1 series lead. The win brings the Penguins one step closer to striking a decisive blow in the battle between Columbus and Pittsburgh for the title of “City in the Region That Is Doing Way Better Than You’d Think Given Images That Were Coming Out of the Area 30 Years Ago,” or CITRTIDWBTYTGITWCOOTA3YA as it’s known for short.

In running too far:

Eritrean-born American Meb Keflezighi became the first U.S. man to win the Boston Marathon in more than 30 years, finishing the race in 2:08:37. The 38-year-old immigrated to the United States at the age of 12 to escape impoverished conditions in his home country, yet despite this shocking and emotional win, he remains only the second-greatest distance runner to hail from Eritrea. The greatest is living legend Zersenay Tadese, who became the first Eritrean to win an Olympic medal with his third-place finish in the 10,000 meters at the 2004 Athens Olympics; in his preferred half-marathon distance, he remains the world-record holder and five-time world champion. At his peak in 2007, Tadese managed to win both the 12K world championship and the half-marathon world championship.

In pairings the NCAA can no longer stop:

Former Raider and Buckeye Terrelle Pryor will be joining the Seahawks in exchange for a seventh-round draft pick. When asked on a conference call what prompted the move, Seahawks head coach Pete Carroll responded, “PETE CARROLL, PETE CARROLL, PETE CARROLL.” When asked what he thought this would do for the team, Carroll quickly interrupted, saying, “WIN FOREVER. CHAMPIONS NEVER DIE. PETE CARROLL.” When asked if he saw Pryor lining up next to Russell Wilson, Carroll interrupted again, yelling, “PETE CARROLL! NOW LEAVE A MESSAGE AT THE BEEP. BEEP CARROLL.” At this point, those on the conference call assumed they had accidentally been talking to Carroll’s voice mail, but he was simply running his own beep test to make sure he still had the cardio capacity of a 7-year-old lion.

In British soccer on Patriots’ Day?

Manchester City grabbed a crucial 3-1 win over West Bromwich Albion to stay in the Premier League title hunt. However, the team lost creative midfielder David Silva, who was stretchered off the field with an ankle injury. Let’s assume it was a serious sprain, because when a guy goes down as if he were shot in the ankle, it turns out to be a sprain nine times out of 10, and Silva will likely miss the next two matches at a minimum. Let’s also note that midfielder and destroyer of worlds Yaya Toure remains unlikely to feature in those tilts. Let’s also look at the upcoming schedule, which has Manchester City going to Crystal Palace and Everton, who have both been in fine form. Now let’s say this: The Premier League title race could be decided in Liverpool’s favor with weeks to spare, or the race could be in total disarray heading into the final match of the season.

In the recession hitting home:

Manchester United manager David Moyes is no longer managing Manchester United, and Knicks head coach Mike Woodson is no longer coaching the Knicks after Woodson was sacrificed in the aftermath of his team’s ludicrous performances this season. Meanwhile in Utah, Tyrone Corbin was let go as the head coach of the Jazz in the aftermath of everyone remembering the Jazz still exist. Guys, Marvin Williams started 50 games for the Jazz this season. Richard Jefferson started 78! Even Jamaal Tinsley managed to start five games for the Jazz this year. Seriously. I think someone did Tyrone Corbin a favor.