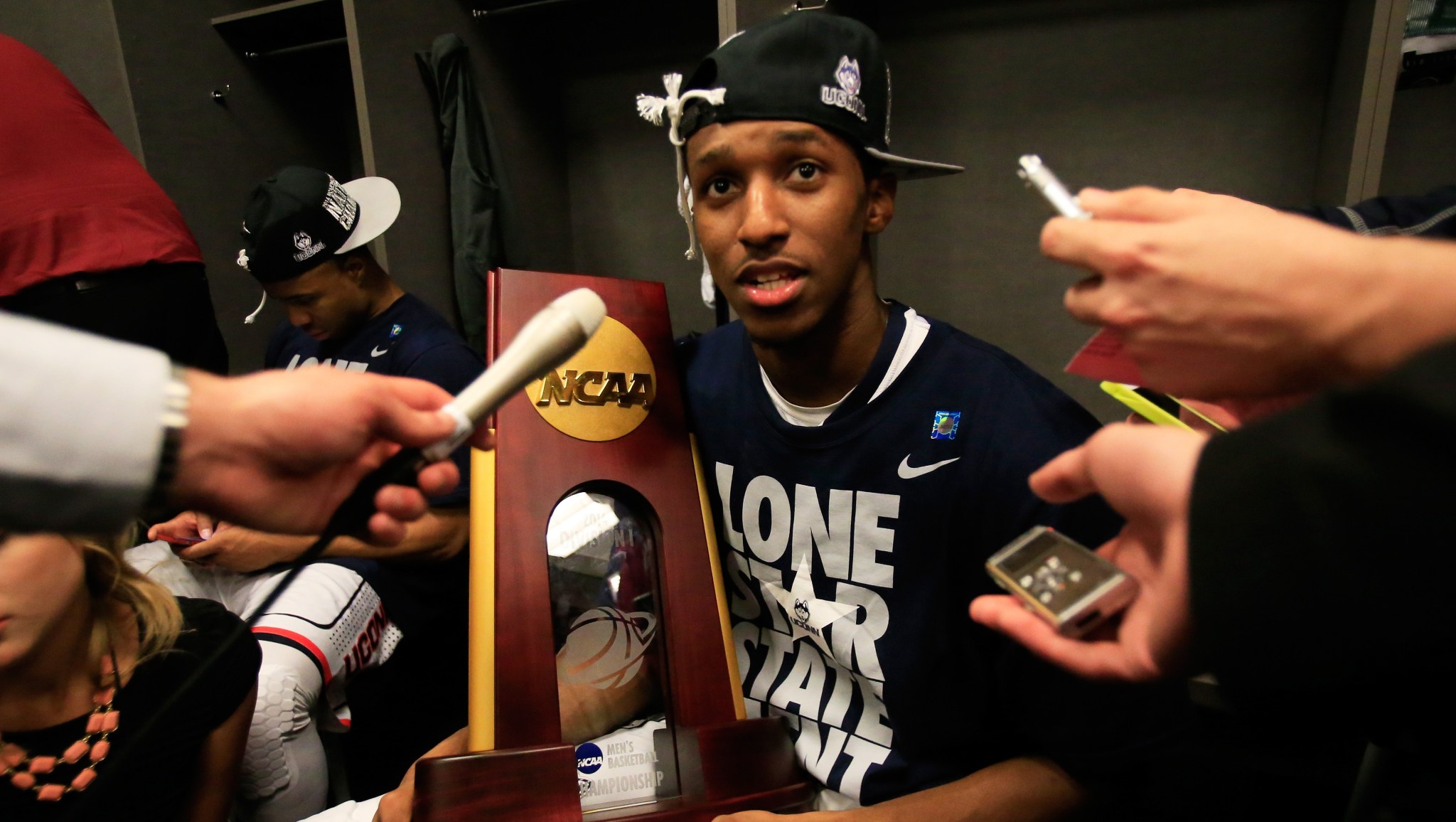 In case you were busy rooting for the Calipari-to-the-Lakers rumor to be true for so many reasons, here are the four biggest stories you missed in sports on Monday:

Shabazz Napier helped Connecticut win its fourth NCAA title in the past 15 years, as it held off Kentucky 60-54. While there was rioting in Storrs after the game, the celebrations were more subdued in Stamford, Connecticut, where Connecticut alumnus Blair Whitson watched the game in his study. “Looks like the boys are going to do it,” he called out to his wife, Martha, late in the fourth quarter. But Blair got no response. After a lengthy pause, Blair called again, “Martha? Did you hear me? It looks like Shabazz and the boys are going to do it!” But all he heard was the squealing of tires in the driveway. “Martha?” he asked again as he walked into the sitting room. There sat a note, which read:

Dear Blair,
I’m leaving. Forever. Don’t look for me. I’ve given the best years of my life to you, to us, and now what?

The note continued on from there, and appeared to be a litany of complaints and previously unconfessed yet collectively known infidelities, but Blair decided he’d read the rest of it after the game was over. I mean, Shabazz Napier is about to bookend his collegiate career with national titles, he thought to himself. Martha will come back. She always does. But this game is something truly special. Plus with the women’s team tomorrow … it’s all too special to worry about Martha having a conniption. However, Blair had no idea that this time, everything would be different. And no, he would never see his wife again …

Sophomore Oklahoma State guard Marcus Smart has decided to enter the NBA draft, a year after spurning the league despite being projected as a top-three pick. “I chose to come back — which I do not regret at all,” said Smart of his decision to stay in school in an incredibly sarcastic tone that is difficult to get across properly in print, before adding, somehow even more sarcastically, “I had a great season here at Oklahoma State.”

Derek Jeter’s final home opener at Yankee Stadium was a winner as the Yankees beat the Orioles, 4-2, while John Lackey threw seven solid innings in the Red Sox’s 5-1 win over the Texas Rangers. “John Lackey is basically our Jetah,” said Boston superfan Aaron Sullivan of the two games. “I mean, he hasn’t been here the whole way, but he’s a beloved veteran that we all rallied behind from the start. The guy has been nothing but wicked beloved since he came over heeah.” When asked if he was the proprietor of the now-defunct Tumblr LackeySucksSoHard.tumblr.com, Sullivan responded, “Well, ‘proprietor’ is a strong word. Also, that site barely got traffic — how did you know about it? Also, I feel like you’re missing the many nuances of what that site had to offer.” Sullivan then fiddled on his iPhone for a minute before adding, “Plus, I think if you go check now, you’ll see that site doesn’t even exist.”

In A Story About Hockey starring the (formerly Mighty) Ducks:

The Ducks eliminated the Vancouver Canucks from playoff contention with a 3-0 win, in which Vancouver managed only 18 shots despite playing almost the whole game from behind. “It was an utter capitulation,” said Vancouver forward Daniel Sedin and his twin brother, Henrik, in unison, before adding, “Wow, twin sense! Yee-haw! We did it. And also we’re both very sad, but also it’s pretty cool that we’re still talking in unison, yes? We’re pretty cool. Especially my brother. Psych! I’m way cooler. Nah, just kidding. We’re equally cool. Twins!”