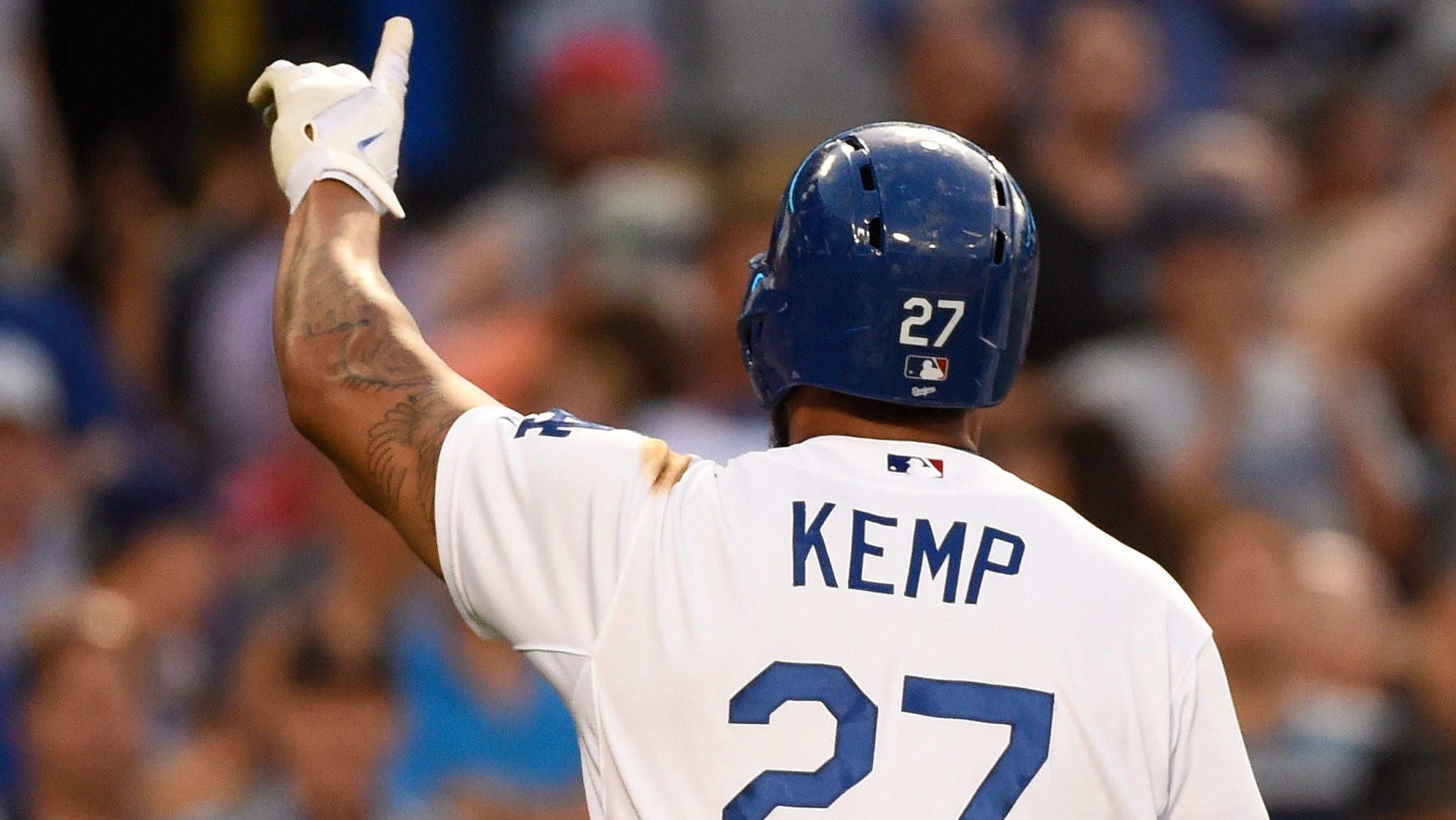 In case you were busy watching bad actors kill flying sharks with chain saws, here are the top five stories you missed in sports on Wednesday:

In people who may or may not be moving depending on your source:

Dodgers outfielder and professional trade rumor Matt Kemp laced a walk-off single in the 10th inning to give Los Angeles its fifth consecutive win, a 3-2 victory over the Atlanta Braves. Kemp’s recent run of strong performances means general manager Ned Colletti would be a fool to let Kemp go, as a peak-form Kemp is indispensable for a World Series contender like the Dodgers. That said, the strength of these performances may have increased Kemp’s value to the point at which Colletti would be a fool to turn down any legitimate offer. So what will it be, Ned? A foolish decision, or another equally foolish decision?

While Jon Lester spent his likely last day as a member of the Red Sox taking batting practice at Fenway Park as his struggling team weighed offers for its ace, Cleveland’s Justin Masterson is certainly moving, having been acquired by the St. Louis Cardinals in exchange for minor league outfielder James Ramsey. “Man, that Masterson kid in St. Louis sure looks good,” said Indians general manager Chris Antonetti to his assistant GM minutes after the trade went through. When told he had traded Masterson minutes earlier, Antonetti furrowed his brow and said, “Wait, that’s our Masterson? In the Cardinals hat? Impossible! That’s clearly a pitcher with perfect command of a two-seam fastball. Our Masterson had all sorts of mechanical issues. This Masterson is perfect on every pitch. I mean, look at his hat.” Antonetti then rose from his chair and bellowed, “Find out what it will cost to bring him to Cleveland, now!”

In finding love in all the wrong places:

According to sources close to the negotiation, trade talks involving Minnesota power forward Kevin Love have narrowed to the particulars of a transaction that would pair Love with LeBron James on the Cavaliers. “Miami was great, but this is just perfect,” James said of his current situation. “I’m back at home, we’ve got a distributor, and I think I may have found a way to bring Love into my life. What could be better?” When asked what he thought about his former teammates in Miami, James said, “Who, like Dwyane? And Pat? They’re great guys; it just wasn’t perfect. And no one should settle for less than perfect.”

Meanwhile, while addressing reporters for the first time since James’s return to Cleveland, Miami Heat president Pat Riley remained optimistic about his team’s chances going forward, saying, “I feel really good about where we are at this moment.” Riley then pursed his lips and added, “Really good. Really, really good. Tell him that. If you see him. Or Love. Wait, don’t. Don’t. I don’t even know about Love. How would I? I mean … Or do. Whatever. It doesn’t matter to me. To us. We’re good. We’re so good.”

In the poor kingdom of a quite excellent monarch:

Felix Hernandez broke the major league record for consecutive seven-inning starts allowing two or fewer earned runs, but the King was still outdueled by Cleveland starter Corey Kluber, who shut out the Mariners in only 85 pitches as Cleveland beat Seattle 2-0. When told he was the first pitcher to throw a shutout without walking a batter in 85 or fewer pitches since 2012, when Aaron Cook did the same against the Mariners, Kluber shook his head and asked, “Why you gotta take this away from me? Aaron Cook? That’s cold. That is ice cold.”