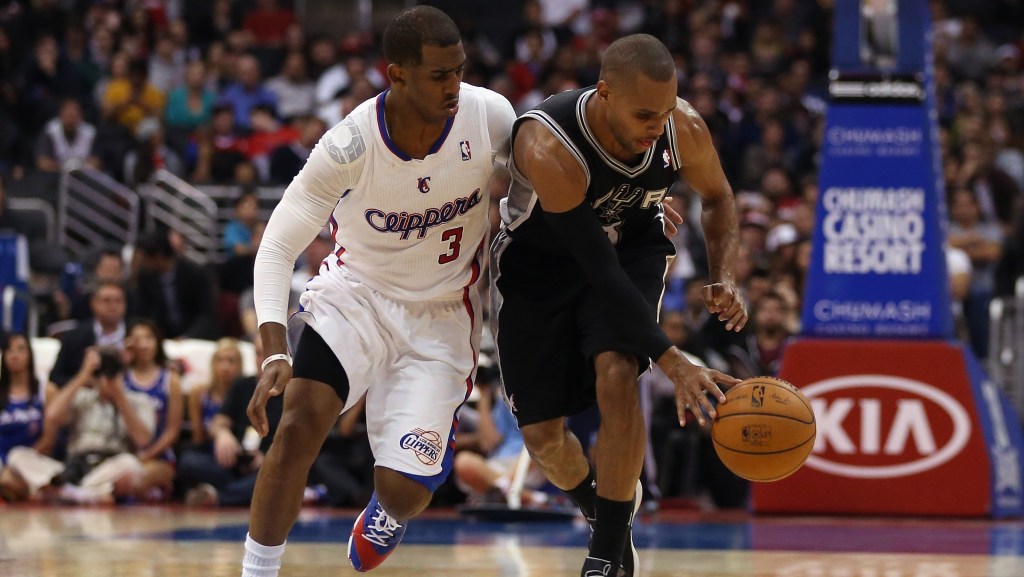 In case you were busy taking your sweet time getting down to first base, here’s what you missed in sports on Tuesday:

• Despite the absence of point guard Tony Parker, who is being rested indefinitely by Spurs coach Gregg Popovich while he recovers from a number of minor maladies, Patty Mills and the San Antonio Spurs were able to hold off the Los Angeles Clippers, 113-103. When asked how his team would cope with Parker’s potential long-term absence, Popovich replied, “I just got Patty Mills to stick a dagger in Chris Paul’s back. You worry about you.” When asked if he was willing to expand on his point in any way, Popovich replied, “Sure: Patty Effing Mills.”

• LeBron James put up 42 points as the Miami Heat pulled away from the Dallas Mavericks to win 117-106. “Look, I don’t know about Mount Rushmores,” said Mavericks forward Dirk Nowitzki, when asked an inane question about James’s place in the pantheon of the NBA’s all-time greats. “I assume that is some American thing with which I am insufficiently familiar. I will say, though, that I would put Chris Bosh’s face on a T-shirt two times, and then have the words ‘Bosh Bros.’ written under it.” Nowitzki then smiled, nodded, and said, “Yes, that would be a cool T-shirt.”

• Lionel Messi and Dani Alves both scored for Barcelona, who topped 10-man Manchester City, 2-0, in the first leg of their Champions League matchup, while PSG routed Bayer Leverkusen, 4-0, to all but ensure advancement into the tournament’s quarterfinal round. “Two goals for the Catalans?” said former Barcelona and current PSG striker Zlatan Ibrahimovic upon seeing the result. “I scored that many goals today without even trying. I woke up this morning and told a vast array of beautiful women, ‘Today Zlatan will move his body without purpose, and we will learn if Zlatan is merely the greatest mortal soccer player on earth, or if he is a god.'” Ibrahimovic then spread his arms wide and asked, “Does anyone know where the local leper colony is? I have work to do.”

• American David Wise grabbed Olympic gold in the skiing halfpipe in the event’s debut. “Who is lame now, snowboarders?” Wise yelled upon receiving his medal, only to see snowboard slopestyle champion Sage Kotsenburg making out with his girlfriend in the distance.

• A layup in the final seconds from Andrew Wiggins was the difference as Kansas edged Texas Tech, 64-63. “That was a great performance from Andrew,” said Philadelphia 76ers general manager Sam Hinkie, while he had point guard Michael Carter-Williams help him move heavy boxes from one part of the 76ers’ facility to another. “Sure was,” replied Carter-Williams before asking, “Hey, are these boxes filled with rocks? Why are you having me move boxes filled with rocks?” But Hinkie just shrugged and reminded Carter-Williams to lock his knees and lift with his back.

• Free-agent wide receiver Eric Decker said money would not be the only factor as he decides whether to return to the Denver Broncos next season. “Money is just a way of buying objects,” Decker said. “Signing with a team that doesn’t have a road game against Seattle next year? That is way more important.”

• Mike Conley poured in 22 points as the Memphis Grizzlies beat the New York Knicks, 98-93. The Knicks are now a staggering 1-26 when trailing at halftime this season, a statistic a boy in Queens shared with his father as the game drew to a disappointing close. The father took in the number. The lines on his face were etched deep, and it seemed as if each one reacted to the information his son gave him. But the father did not move. After a time, the stillness grew too painful for the boy, who added, “Well, at least we won the one. That’s good, right?” The father turned, looked at his son, shook his head, and replied, “No, son, it’s the one win that makes life suffering.” The boy grimaced and asked his father, “Am I your one?” But the father said nothing as the night grew infinitely deep.

Can Bayern Munich Be Beaten?