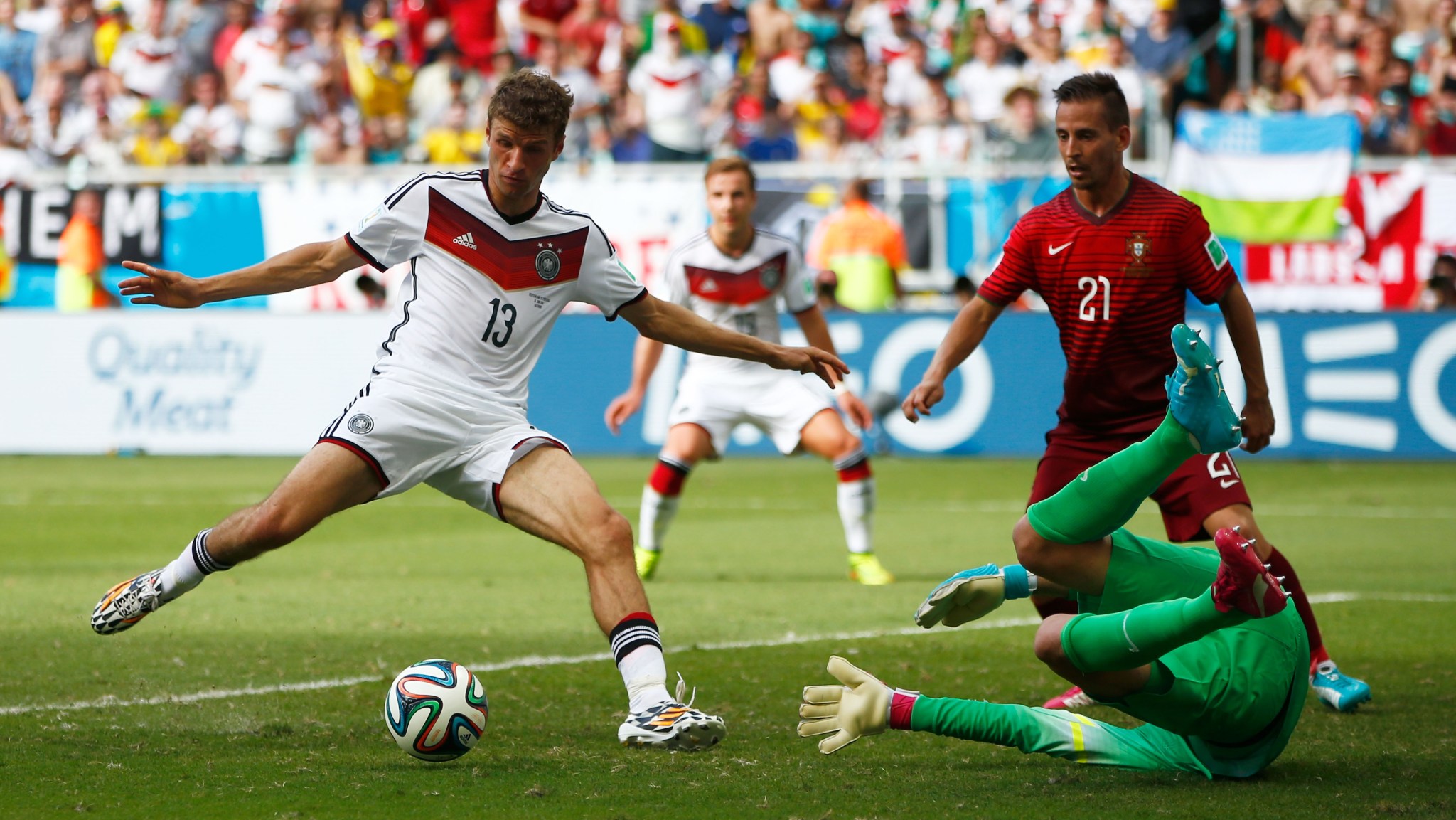 In case you were busy mourning the loss of the greatest pure hitter of the last 50 years, here are the top five stories you missed in sports on Monday:

German forward Thomas Muller scored a hat trick and got Portuguese defender Pepe sent off as Germany throttled Portugal 4-0. “We’re fairly certain the Germans will cease their hostilities toward weaker nations, and if they fail to do so, they can and will be stopped,” said English Prime Minister David Cameron when asked about the result during the House of Commons’ Question Time. When challenged on his assertion, Cameron said, “Even were they to get through their group, they’ll soon face France and Holland and Switzerland, any of whom could stop the Bavarian-fueled menace.” When it was pointed out how those nations had done in the past against Germany, along with the deep connections between South American power Argentina and Germany, Cameron said, “Well, our friends from America may well vanquish them before they even reach the knockout stages.” When told that the Americans had a German leader and could not be trusted to be an ally to England in this conflict, Cameron’s eyes grew wide. And as the prime minister stammered out a series of meaningless platitudes, a cacophonous uproar composed of equal parts hubbub and kerfuffle overwhelmed the chamber.

Substitute defender John Anthony Brooks headed home a late winner off a Graham Zusi corner kick, powering the United States to a thrilling 2-1 win over Ghana in its first group-stage match of the World Cup. “We overcame so much to get this win,” said U.S. captain Clint Dempsey as he wiped blood off his face after the game. When asked if he was referring to the broken nose he had suffered during the match, the loss of striker Jozy Altidore to injury, or the gut-punch equalizer that Ghana had scored in the 82nd minute, Dempsey shook his head and replied, “I’m talking about when [U.S. manager Jurgen] Klinsmann said before the tournament that it was unrealistic that we could win the whole thing. That devastated us all, man. Everyone in the locker room really thought hard about quitting the game and going in together on a salmon fishing business up in Alaska. But then we fought through and decided we’d play the match anyway, and man, it was almost worth it.”

In new truly forgettable moments in Iranian and Nigerian history:

The first 0-0 draw of the World Cup belongs to Nigeria and Iran, who sparred in what has thus far been the World Cup’s most predictably tepid affair. The match has been described by observers as “exactly what I’d expected from Iran and Nigeria, except more boring,” and “proof that this World Cup isn’t magic, it’s just a really good tournament,” and “what? Observer? Me? No, I didn’t watch that match. I had literally anything else to do.”

In things that are still happening:

Reds legend and all-time MLB hits leader Pete Rose said he is still fighting to get his lifetime ban from baseball lifted so he could be considered for the sport’s Hall of Fame. “I gotta say I like my odds,” said Rose of his chances of getting his ban removed. “I mean, I really, really like those odds. I saw them going at +600 right now at one of those British sports books where they let you bet on anything, and I mean, there’s money to be made there.”

In jumping the firewall:

Baseball’s epidemic of Tommy John surgery has crossed over from pitchers to hitters, as Baltimore catcher Matt Wieters was diagnosed with a torn UCL, prematurely ending his season. “It’s terrible, and we have to figure out how to stop this plague before it gets worse and spreads into the general population,” said Orioles manager Buck Showalter before feeling a twinge in his elbow. Showalter’s eyes then got wide. “No, no,” he whispered before looking first down at his arm and then up into the cold eyes of noted elbow surgeon and wraithlike presence Dr. James Andrews, who had appeared as if from nowhere at Showalter’s press conference. As the two men’s eyes locked, Baltimore outfielder Adam Jones yelled, “RUN!” and Showalter did, turning and bolting out of Tropicana Field, where the Orioles would later lose to the Rays, 5-4, without their manager present.