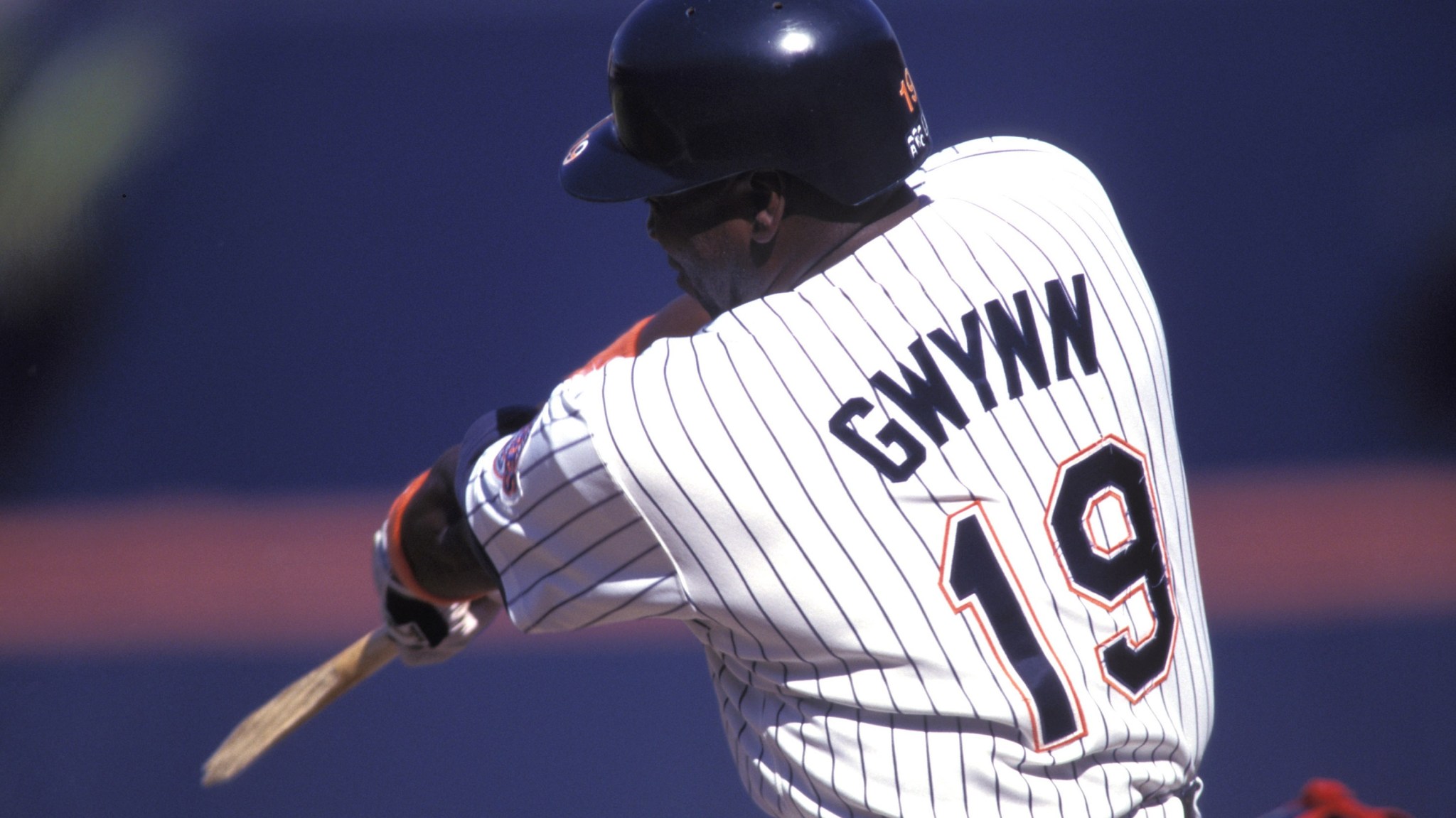 Tony Gwynn, one of the greatest hitters in baseball history, a first-ballot Hall of Famer, the greatest player in Padres history, and a San Diego icon, died Monday after a four-year bout with cancer. He was 54.

On July 28, 1997, Sports Illustrated featured Gwynn on its cover. The headline read: “The Best Hitter Since Ted Williams.”

Defining exactly what makes a great hitter isn’t easy. Hitting for a high average is part of it, but so, too, is hitting for power, even drawing walks. By anointing Gwynn with that title, SI ranked the Padres outfielder over everyone from Willie Mays to Hank Aaron to Mickey Mantle. Tough claims, all. Still, here’s one point in Gwynn’s favor. Whenever anyone would ask Williams if someone might one day hit .400 and match his last-man-to-do-it status from 1941, the Splendid Splinter would say that only one player had a shot: Tony Gwynn.

He came close. On August 11, 1994, Gwynn was hitting .394. Then the strike hit, wiping out an electric season. We missed out on a lot that summer, and Gwynn’s run at history was near the top of the list.

This hardly tarnished Gwynn’s well-earned reputation as a once-in-a-generation hitter, though. He hit .338 for his career, the 20th-highest mark of all time. He led the league in hits for the first time at age 24, and for the seventh and final time at age 37. He racked up 3,141 hits, the 19th-highest total ever. He was a 15-time All-Star who never struck out more than 40 times in a season. He hit .300 or better for 18 straight seasons, trailing only Ty Cobb in baseball history. He won eight batting titles, another mark topped only by Cobb. That total included four in a row from 1994 through 1997, when he was 34, 35, 36, and 37 years old. Gwynn hit .351 over his last 10 years in baseball, with many of those hits coming long past the point at which he could leg out infield choppers to help his cause. Younger fans who only saw the heavier Gwynn later in his career might not realize it, but he was once a rangy, speedy right fielder, averaging 40 steals a season over one four-year stretch, and winning five Gold Glove awards.

His bat control was legendary. Those who watched the lefty-swinging Gwynn at old Jack Murphy Stadium saw him flip line drive after drive through the hole between short and third, which became known as the 5.5 hole. Perhaps the greatest tribute to Gwynn’s hitting prowess comes from @AceballStats, who chronicled Gwynn’s success against Greg Maddux, one of the five best pitchers of all time:

#Padres Tony Gwynn faced Greg Maddux 107 times in his career, more than any other pitcher; Gwynn batted .415, Maddux never struck him out.

Maddux was one of several pitchers who deftly described the challenge of retiring Gwynn at the plate. You didn’t get Tony Gwynn out, Maddux used to say. You threw it down the middle and prayed that he’d get himself out. When Tom Boswell wrote about Maddux’s approach to pitching, Mad Dog explained that the key was to change speeds. Maddux said he could outduel any hitter that way. “Except for that [expletive] Tony Gwynn.”

The last four years of his life were often brutal. Gwynn became an outspoken critic of chewing tobacco, which he blamed for the cancer that took his life. Just yesterday, on Father’s Day, CSNPhilly.com’s Jim Salisbury wrote a moving piece on Gwynn, his struggles with cancer, and how in the face of death, he took every opportunity to tell his family how much he loved them. Go read that piece. It’s well worth it.

Those who knew Gwynn described him as an endlessly affable person and great friend. Mere minutes after news of Gwynn’s death came out, sportswriters, former colleagues, and many others were already posting heartfelt tributes. He was, quite simply, one of the most beloved figures in the history of the city of San Diego.

There was the Williams connection — the Red Sox great grew up in San Diego, then befriended Gwynn, the Long Beach native who ventured two hours south to go to college at San Diego State and made a life there. Gwynn broke all kinds of SDSU records, manning the outfield for the Aztecs and also starring at point guard for the basketball team. After his retirement, Gwynn became SDSU’s head baseball coach. His impact at San Diego State was so profound that today, the Aztecs’ baseball field is called Tony Gwynn Stadium. Grantland contributor and former SDSU pitcher Justin Halpern shared a story that sums up Gwynn’s legacy at San Diego State, and also his upbeat personality and joking demeanor.

“The last game of our season, my sophomore year, he was set to take over the team the next year,” Halpern recounted. “He walked into our locker room, looked at all of us and said, ‘Next year? We’re going to hit some fucking bombs next year.’ Then he walked out.”

The only Baseball Hall of Fame induction I’ve ever attended was the one that honored Cal Ripken Jr. and Gwynn, in 2007. A swarm of 75,000 people showed up in Cooperstown that day, setting an attendance record that very likely will never be broken. Two players who played their entire careers with one team, celebrated by two fan bases who recognized both as great producers on the field, but also as the faces of two franchises. Padres fans in particular leaned on Gwynn as a beacon of hope, given some of the tough times the franchise had experienced over the years — it’s one of only eight current franchises that has never won a World Series (and today is still feeling the effects of an ownership transfer that siphoned $200 million in TV money from the team and angered fans).

So when Gwynn took the podium that day, the San Diego faithful hung on every word. He didn’t disappoint.

“I played for one organization, the San Diego Padres. I only know one way, and that was the Padre Way. I wore brown, I wore the brown and gold, I wore the blue and orange. I’m proud as heck to be a San Diego Padre. I played for one team, I played in one town. I told the people of San Diego, when I left to come to Cooperstown, they were going to be standing up here with me. I hope they’re just as nervous as I am … All the fans that have made this trek all the way to Cooperstown, I can’t begin to thank you.”

No, Tony. Thank you.