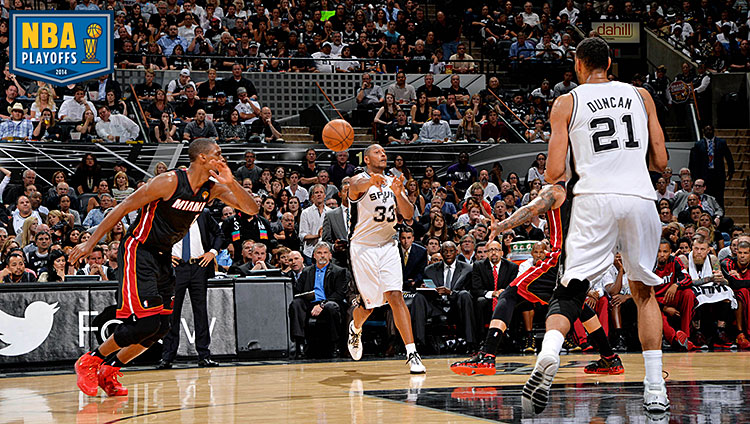 The 2014 NBA Finals featured the two best shooting offenses in the NBA. Miami and San Antonio ranked no. 1 and 2 in effective field goal percentage during the regular season. But during the Finals, the Spurs hit another gear, while the Heat exhibited a bit of a decline in scoring efficiency. 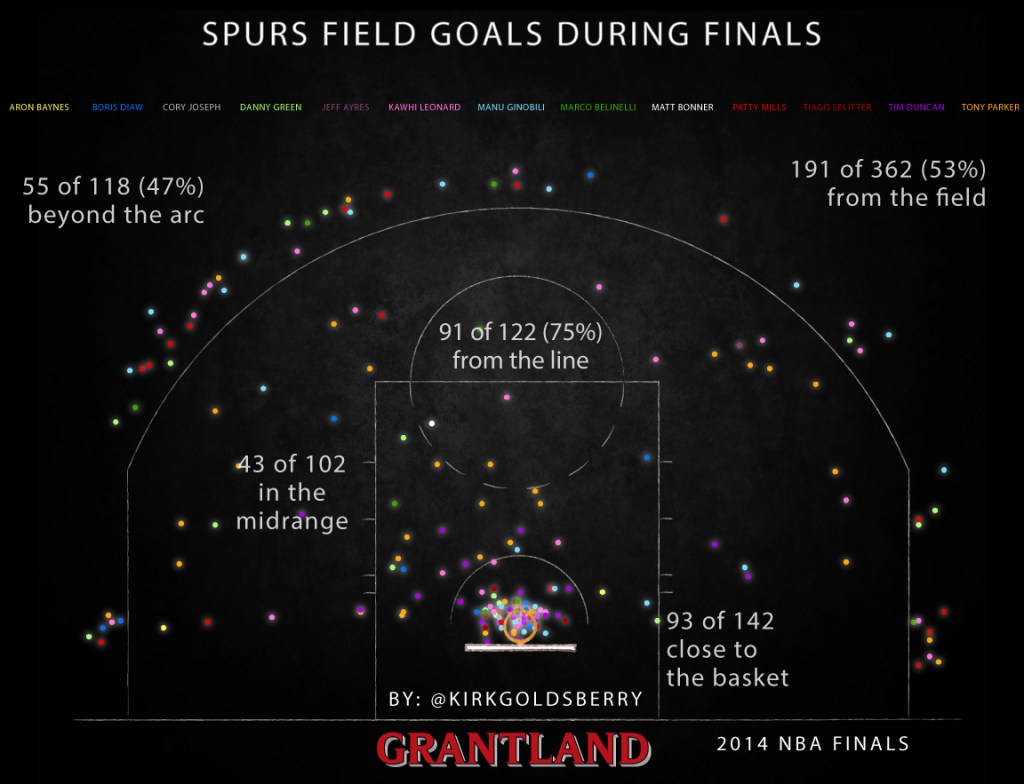 Field goal percentage can be a deceptive statistic. Sure, it reflects the abilities of individual shooters to convert their shots, but it also reflects the quality and openness of those shots.

The Spurs got the shots they wanted during this series. They gave up good looks for great looks and ended up assisting on 66 percent of their made field goals (127 assists on 191 field goals).

Their incredible Finals shooting numbers tell us a little bit about their scorers and tell us a lot about the ecology of the magnificent San Antonio offense. 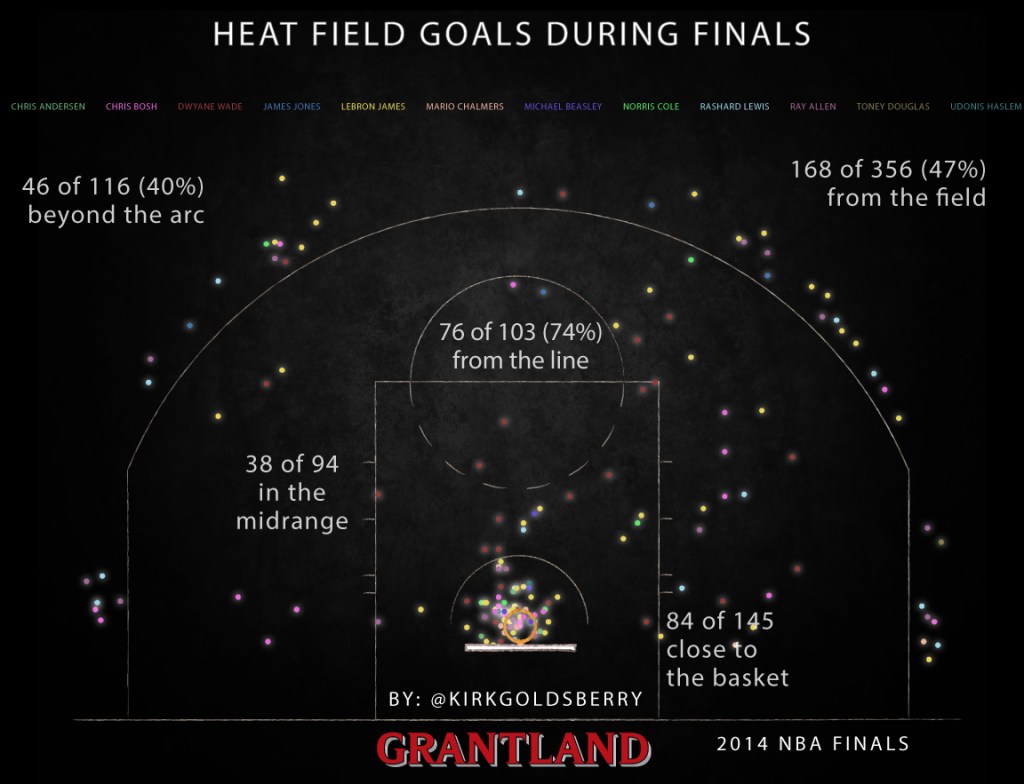 The Heat’s calling card on offense was their freakish ability to score near the basket. During the regular season, 99 NBA players attempted at least 300 shots within eight feet of the basket. Miami had three players — the Big 3 — in the top five in terms of scoring efficiency.

As a team, Miami led the league by converting 65 percent of their total shots in that close-range zone. But during this series, the Spurs were able to effectively sap the Heat’s interior domination. The Heat converted a mere mortal 58 percent of their shots close to the basket. Dwyane Wade was the most affected; he only made 14 of his 32 (44 percent) shots in that area, and was generally unable to overpower or outwit the Spurs’ rim protectors.

Kawhi Leonard, on the other hand, was terrific near the basket — and everywhere else, for that matter. He made 61 percent of his shots, including 12 of his 15 shots near the basket, and 11 of his 19 shots from long range. 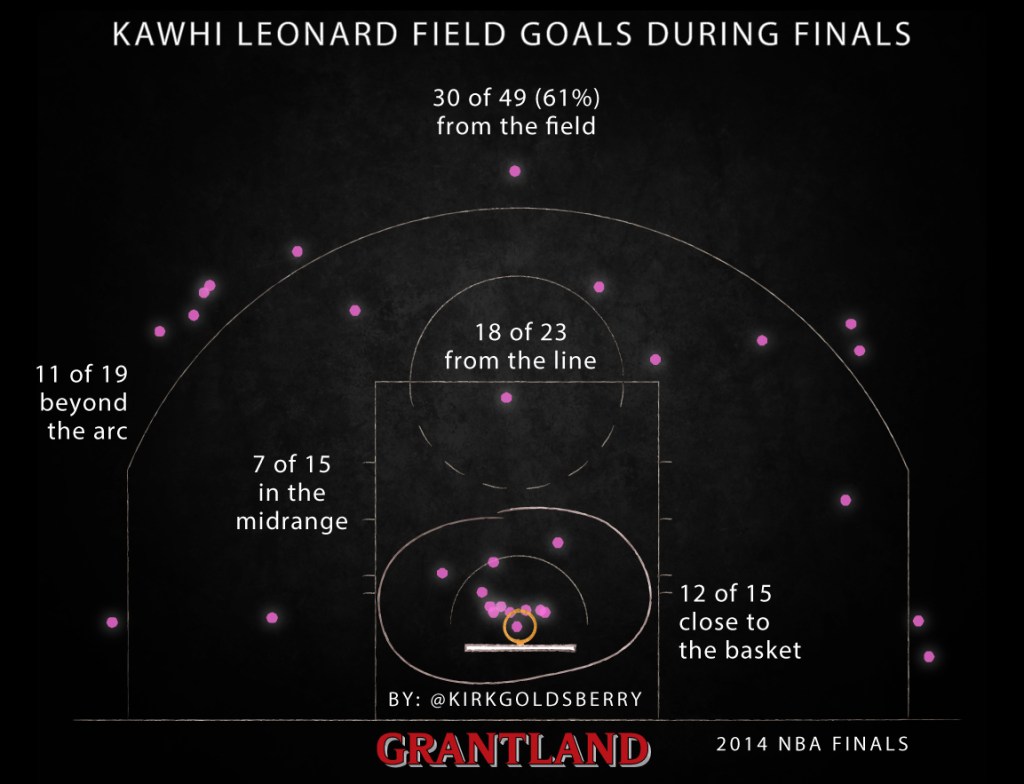 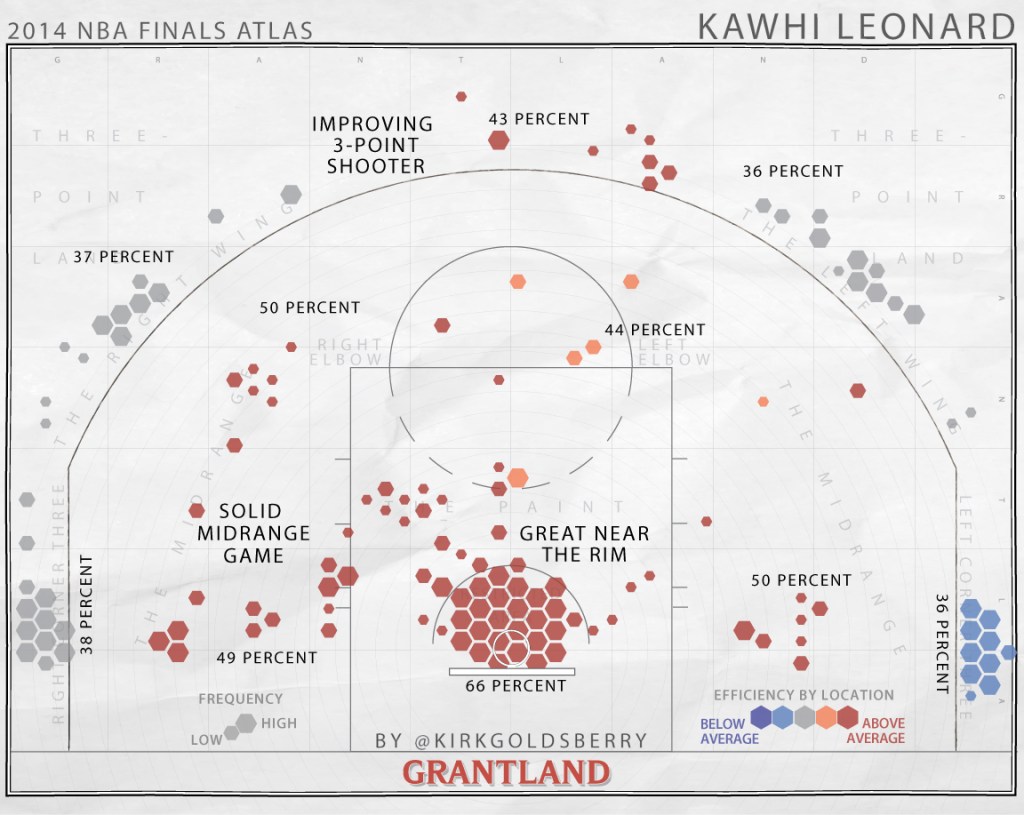 Leonard and the Spurs elevated their games and shot better in this series than in the regular season. The opposite is true for the Heat. It’s a pretty simple story — on defense, the Spurs reduced the Heat’s overall efficiencies, while on the other end, the Heat defense failed to do the same. As Erik Spoelstra said after the game, “They beat us in every facet,” and that was particularly evident in terms of scoring the basketball.

The Complicated Legacy of Jimmy Rollins