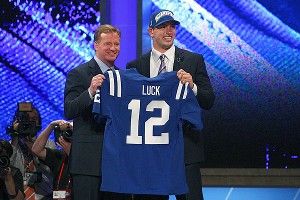 This week’s Readers’ Revenge is Your Best Prank. Click this link for more information, and send your best stories to tobaccordblues@gmail.com for a chance to make the top 10 on Monday. Enjoy the weekend.

Five Up, Five Down From Day 1 of the NFL Draft