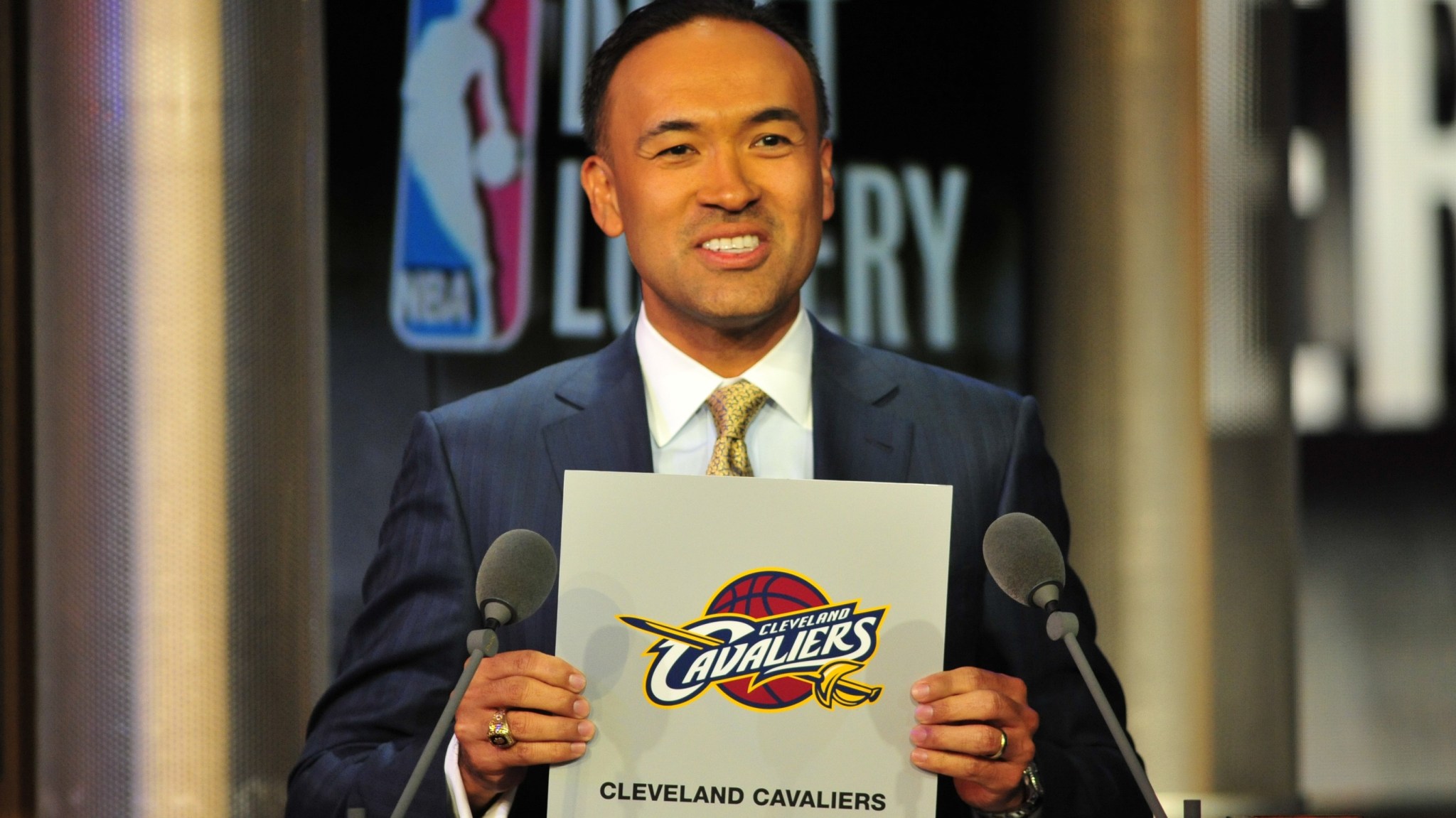 In case you were busy resetting your countdown to 364 tanking days before next year’s NBA draft lottery, here are the top seven stories you missed in sports on Tuesday:

For the third time in the past four years, the Cleveland Cavaliers received the no. 1 overall pick in the NBA draft lottery, as Cleveland once again staked its claim as the Luckiest Sports City in America.

LeBron James and Dwyane Wade found another gear in the fourth quarter, as the Miami Heat grabbed an 87-83 win over Lance Stephenson and the Indiana Pacers, evening up the NBA Eastern Conference finals to a game apiece. This was a hard-fought matchup, full of turning points and sudden reversals — such as when Paul George revealed, after going 1-11 from the field in the first half, that he was not left-handed. This led James, who had been held in check by George to that point, to reveal that he too was not left-handed. Both of these moves were deemed “Inconceivable!” by Pacers coach Frank Vogel, who was then challenged by center Roy Hibbert as to whether or not that word meant what Vogel thought it meant. Vogel’s team later fell, after being outsmarted by Heat head coach Erik Spoelstra, who has spent the last few years building up an immunity to big games from Lance Stephenson.

Minneapolis secured the rights to host Super Bowl LII, which will take place in 2018 in the city’s brand-new football stadium. The move reaffirms Minneapolis’s status as America’s Home for Championship Football, and also gets it closer to earning the title “City Whose Winter Is Mentioned Least Often by Visiting Sports Journalists.”

In good baseball pitchers having very different sorts of days:

Masahiro Tanaka suffered his first major league loss at the hands of the Chicago Cubs, who beat the New York Yankees 6-1 at Wrigley Field. After the game, when told his professional winning streak had been snapped at 42 games across two leagues, Tanaka said, “Wait, the Cubs count? Really?” Tanaka then put a hand over his mouth and exclaimed, “Oh man! America is weird. This transition is going to be, how would you say it, a challenging journey through confusing sets of cultural mores and arcane regulations?”

Cardinals starter Adam Wainwright tossed a complete game one-hitter against the hapless Diamondbacks in St. Louis’s 5-0 win over Arizona. After the game, when asked whether he was disappointed to finish one hit away from his first career no-hitter, Wainwright replied, “Wait, no-hitters against this Diamondbacks team count? Really? I would have tried way harder had I known that. This, how would you say it, sucks a big fat one?”

In what qualifies as good news these days, Phillies starter Cliff Lee is headed to the DL with an elbow strain, after an MRI suggested he won’t need season-ending Tommy John surgery. That said, Lee still plans to undergo Johnny Tom surgery this offseason, which is performed by Las Vegas illusionist Johnny Thompson, a.k.a. The Great Tomsoni, who will put Lee in a box, saw him in half, and twirl his bisected body around on a stage, before putting the Phillies pitcher back together. Lee and Tomsoni will then receive rapturous applause for the illusion, which will continue even when Lee realizes the time he spent crammed in Tomsoni’s box caused his elbow ligament to tear, and it now requires Tommy John surgery.

Dodgers catcher Miguel Olivo bit off a piece of teammate Alex Guerrero’s ear in an altercation in the dugout of the club’s Triple-A affiliate. This may be surprising for people who have followed the way Olivo has been described through the years. For example, a Google search for “miguel olivo”+”veteran leadership” yields 2,890 results, while searches for “miguel olivo”+”hungry cannibal” yield no results at all. This is, however, a perfect example of why real scouts trust their eyes: Miguel Olivo always looked like he was capable of cannibalizing his own team, regardless of what the numbers said about him.