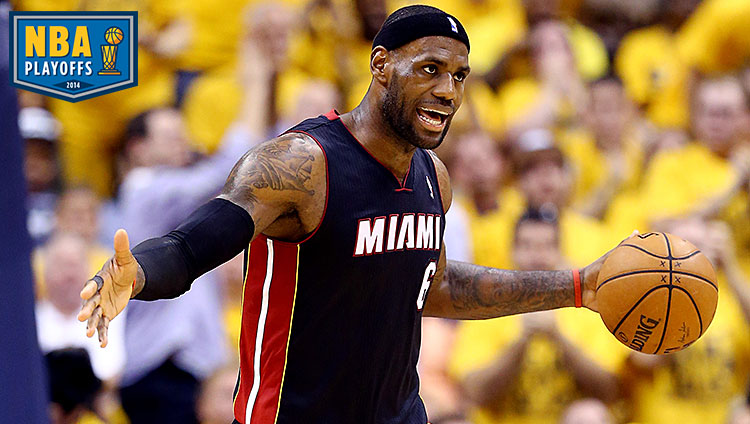 May 21, 2014
by Danny Chau, Andrew Sharp and Jason Concepcion

Turn Off for What?

netw3rk: The Heat do not have an off switch. What they have are actual human bodies, albeit outwardly godlike ones, susceptible to boring regular-person stuff like plain getting tired. They play a physically demanding, ultra-aggressive pick-and-roll smothering show-and-recover style of defense. Since the 2011-12 season, including last night’s Game 2 against Indiana, Miami have played 406 games, just shy of five seasons worth in four years.

At the start of the fourth quarter it was 63-62, Pacers. Lance Stephenson, teeth bared, grooving in his sweet spot between dynamic and out of anyone’s control, had 23 on 9-of-14 shooting, including a sharp run of two-man game with David West to close out the third. LeBron to that point was having what we’ve been conditioned to consider, from him, a quiet game: only 10 points (with five rebounds, four assists, two steals, and two blocks). And he looked legitimately gassed to start the fourth, and a step slow for most of the game, as did nearly every Heat player besides Norris Cole.

In the fourth, LeBron laid it up when he normally would’ve dunked; lost track of never-been-elusive C.J. Watson on two consecutive possessions; and got subbed out for Chris Bosh with the Heat down one, seven minutes left, in a game they really needed to win. It was a four-point Pacers lead when James came back after a real-time five-minute rest, 40 seconds in game time.

And, suddenly, LeBron was LeBron. Swarming defense, hit a 3, blocked a shot, started a fast break, got to the line. What was a four-point Pacers lead was now a seven-point Heat lead with about a minute left, and that was basically night night and the Pacers fans were streaming out to their cars. Home court: stolen. So, no, LeBron and the Heat don’t have an off switch. They have a survival strategy.

Danny Chau: Chris Andersen played 28 and a half minutes last night. In the 144 games Birdman played before Game 2 as a member of the Miami Heat, he surpassed that figure a grand total of three times — all during the 2013-14 regular season. He checked in with 4:35 remaining in the first quarter and was forced to shoot a 27-footer less than a second later. He wouldn’t sin again. He had a game befitting his Outlaw/Country/Norse God look. He inhaled rebounds and, along with Cole interjecting himself between Stephenson’s date with divinity, spearheaded a much improved Miami defense. He breathed new life into a struggling Bosh. Bosh still can’t find his shot, but when he and Birdman were on the floor together, they were an incredibly effective defensive tandem. He even managed to find time in his busy schedule to execute a perfect give-and-go with LeBron. It was his first assist in nearly a month; may it forever be known as a Bird dropping.

The Heat will probably consider starting Andersen for Game 3, or at least maximize his time with Bosh, but like other players of his ilk, it’s not a guarantee you’re getting exponential gains in utility with increased time. As he took his only free throws of the game, Mike Breen made reference to the Birdman’s limitations.“He just plays as hard as he can until he gets tired,” Breen said. “Then he raises his hand to Erik Spoelstra.” For 28 minutes, he’s ephedrine in giant human form; for the rest of the time, he’s just like us.

That’s What’s Hot in the Streets?

Dwyane Wade is ready for the flood pic.twitter.com/9MMNXFkeq1 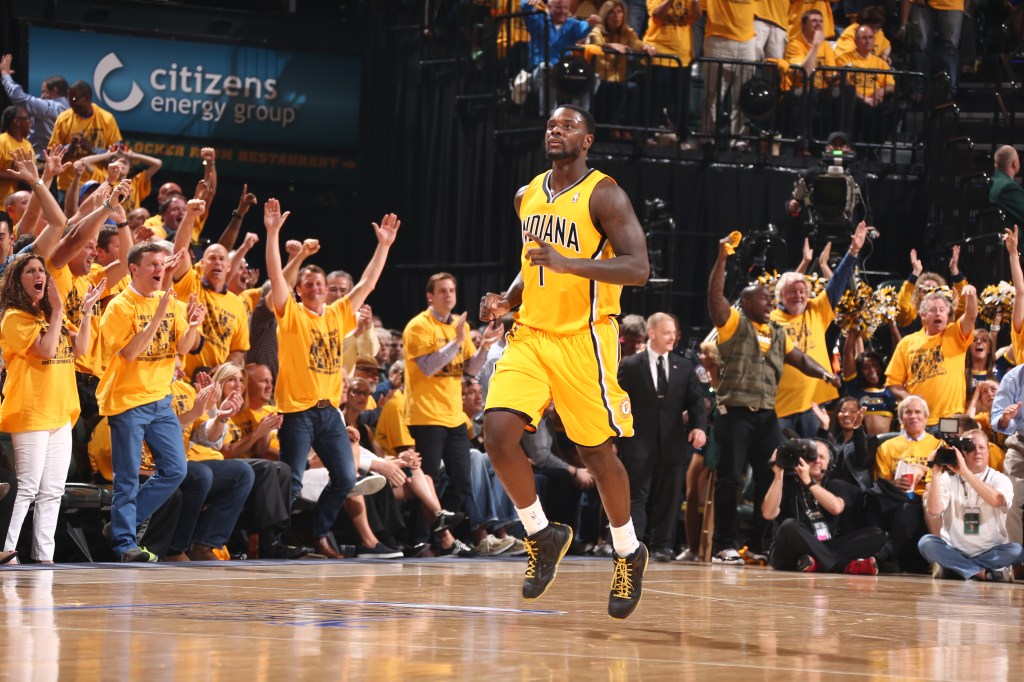 Andrew Sharp: In an alternate universe, we’re not talking about LeBron today. We’re not even talking about the Heat down 2-0, because that wasn’t the craziest thing that could have happened last night.

In our alternate universe, the Pacers won, and all that matters today is Lance Stephenson and his entourage. You have Maverick Carter and Jay Z, LeBron? Lance has THIS GUY. 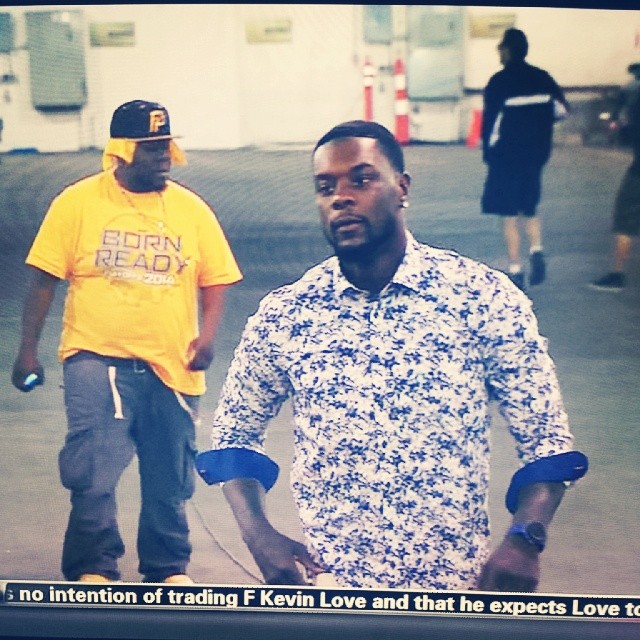 In our alternate universe, Duke Da Lance was in the family section last night. After 10 points in the first quarter, Duke was just calmly nodding his head. Like, “Yep. This is what Lance does. We tried to tell you.”

By the third quarter, Duke had his shirt off, screaming about Brooklyn in the middle of Indiana.

Lance had 27, six, and six in Game 2. Even his flops were great. The whole third quarter was like this Vine brought to life. It was like Born Ready Christmas last night.

Because what’s cooler than blowing up in a contract year? Blowing up, having the whole season crash back to earth and costing yourself $20-$30 million in the process, and then making it all back in two games.

Now pay attention to this part. Let Jason Gallagher describe it: “After Lance celebrates with fans, he starts heading back to his teammates on the court BUT HOLD THE FUCKING PHONE — he sees there is an opportunity for a high-five tunnel using the front row and the security guards, and changes directions to take full advantage of the tunnel he resourcefully manufactured for himself.”

The high-five tunnel plus that money photo is basically the American dream.

In our alternate universe, this is all anyone needs to talk about today. You don’t have to love Stephenson, but if you can’t enjoy him against the Heat, there’s probably something wrong with you. None of the Pacers are scared of the Heat, but Lance is REALLY not scared.

That universe is where I’m living today, because it was real for most of the game last night. Maybe LeBron and Wade came to life late in the fourth and blitzed the Pacers, whatever. Maybe Paul George was concussed down the stretch and Lance ran out of gas after playing almost the whole game. Maybe the Pacers fell apart, the Heat took control of the series, and now Born Ready Christmas means nothing. Maybe it will all be forgotten.