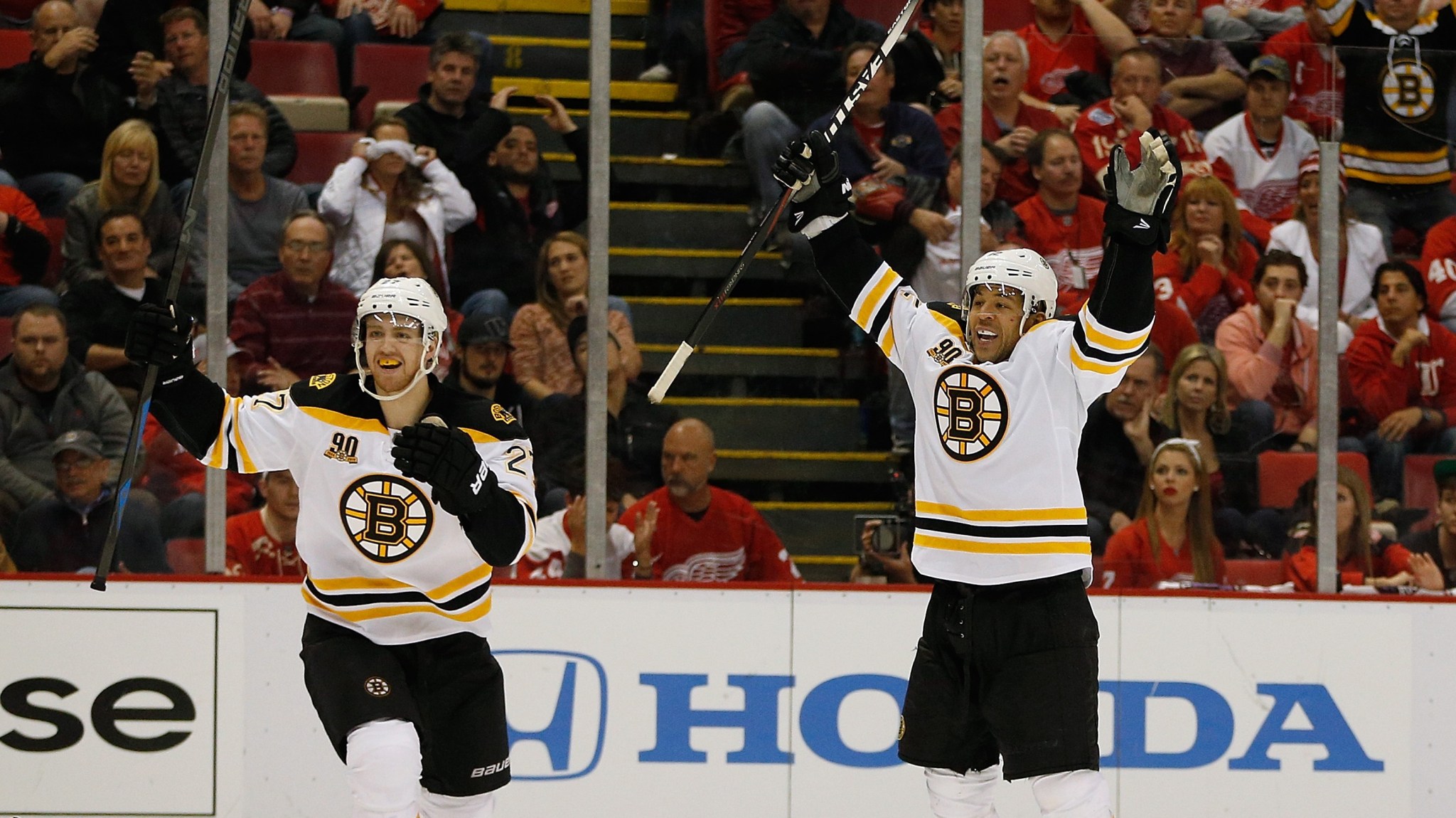 In case you were busy finding a new place to hide pine tar on your body, here are the top five stories you missed in sports on Thursday:

In ice rinks of hurt:

Bruins forward Jarome Iginla scored an overtime goal by deflecting a shot off of Red Wings defenseman Danny DeKeyser’s leg to give Boston a 3-2 win, leaving Detroit on the brink of elimination. “The worst part,” a shell-shocked DeKeyser said after the game, “is that he called the bank.”

In basketball teams in worlds of hurt:

The Pacers are officially on the ropes after the Hawks beat them 98-85 to take a 2-1 series lead, while Kevin “Muffins” Durant and the Thunder are facing a similar deficit after falling 98-95 to the Memphis Grizzlies, despite Russell Westbrook doing this to force overtime:

“I think I’ve figured it out,” Thunder coach Scott Brooks said after his team’s heartbreaking loss. “We just have to be less crazy awesome at basketball.” And in a distant hotel room, Gregg Popovich awoke with a shudder and whispered, “They’re onto me.”

In baseball diamonds of hurt:

The Yankees responded to losing Michael Pineda for 10 games and Ivan Nova for the season by laying a 14-5 smackdown on the Boston Red Sox. Yankees general manager Brian Cashman approached starter Hiroki Kuroda after the game and said, “We get W’s when our pitchers cheat or get hurt, and you’re next.” A confused Kuroda furrowed his brow at Cashman. Cashman then held out a nail file and a bottle of sunscreen and said, “We can do this the easy way” — and then tipped over a bucket of balls — “or the hard way.” Kuroda then asked, “So, wait, is the hard way, I throw until I need Tommy John surgery? You’re crazy, man.” But Cashman said nothing as Kuroda took the nail file and sunscreen and ran off.

In people who are still good at their jobs, but who will likely find that returning to those jobs hurts:

In his first professional race following a 20-month hiatus, 22-time Olympic medalist Michael Phelps came in second to Ryan Lochte in the 100-meter butterfly final at the Arena Grand Prix. “If Phelps can get back in the game, then so can I,” declared 64-year-old Olympic champion Mark Spitz as he did finger guns at himself in the mirror. Spitz then twirled around and declared, “Stache is coming back, baby. Stache is coming back,” before lobbing his razor into the garbage as he strutted out of his bathroom. It should be noted that while Spitz did not look back to see whether the razor went into the trash can, it did. Oh, it did.

In people who are not still good at their jobs, and really should not come back to do their jobs again because they won’t just get hurt:

The Designated Player: A Tale of Two Red Bulls Seasons, and News on the Soccer Stadium Front