The Designated Player: A Tale of Two Red Bulls Seasons, and News on the Soccer Stadium Front 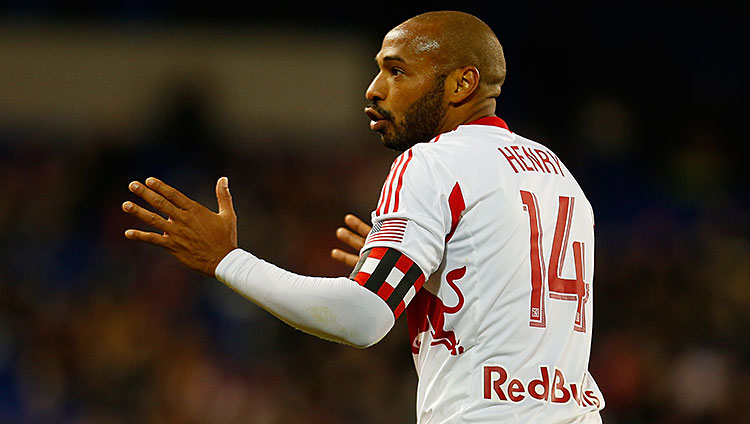 The Only Way Is Up (or Down) for Red Bulls

New York Red Bulls did what they’ve been threatening to do all season, and hammered a team 4-0 on Wednesday night. Houston Dynamo were the hapless victims — thanks to a master class by Thierry Henry, and Houston’s own continuing woes in front of goal (319 minutes without scoring, as it stands).

A couple weeks ago, before a 1-0 defeat at RFK Stadium, I’d asked one of the regular fan reps for the Red Bulls whether the team’s run of draws since that opening-day loss was an unbeaten run or a winless streak. He sensibly avoided the question, not just because either take could be true, but because the Red Bulls have been so patchy this season that it’s hard to identify what’s the norm and what’s the aberration.

On the plus side, the attacking movement has begun to show some pleasing invention. When I asked Dax McCarty last week what the team had done to improve things since the D.C. game, he said, “Just keeping running attacking patterns in practice.” The hope being that the finishing would come to reward the more sophisticated approach play.

New York got their breakthrough win (the first of the season, seven games in) against Philadelphia last Wednesday, though not without some pretty-play-no-goal passages at the beginning of the game. At the time, I tweeted something to the effect of New York attacks all ending like The Sopranos: baroque buildups and then a sudden cut to nothingness, leaving puzzled fans picking over the footage and pondering the significance of Tim Cahill leaving the scene in a Members Only jacket.

New York got the goal eventually against Philadelphia, with Henry dismissively shrugging the ball home to open the scoring. On Wednesday he was at it again …

And there’s the negative. For all that the Red Bulls are built on familiarity, keeping the core of the Supporters’ Shield–winning 2013 team together, and for all that they worry about pretty buildup play, their defense is built on roller skates.

On Wednesday, they got away with it because Houston’s woeful attack was worse. (They were missing Brad Davis.) And, of course, the Red Bulls have a great last line of defense in goalkeeper Luis Robles, who bailed out his side repeatedly, en route to their first shutout of the year. But the four men in front of Robles gave him a hell of a lot of bailing to do. Poor touches, miscommunication, needless giveaways — all present in abundance. The Dynamo could have been at least level after 10 minutes of the second half.

The common wisdom in New York is that if there’s to be a third designated player arriving after the World Cup this summer, he needs to be of the “creative attacking midfielder” variety, and there’s certainly a case for that, for all the continued efforts of Peguy Luyindula to square-peg his way through that particular round hole in the roster. But with Ibrahim Sekagya and Armando Lozano looking shaky in the heart of defense, alongside a Jamison Olave short of his previous high standards, there’s a case for getting the back line right first.

As it is, though, the Red Bulls have now won two in a row. Or they were beaten two games ago. Depends how you look at it.

This House Is Not a Home

One of the more unfortunate sights of last year was the playoff weekend that saw games in New England and Seattle taking place on clearly marked-out football fields — a throwback to the visual dissonance of early MLS, pre-soccer-specific stadium days. In some ways, it looked jarring to see soccer being played on the kind of markings that used to tell us exactly how far out David Beckham was taking his free kicks from when he first arrived.

With Red Bull Arena, Sporting Park, and Houston’s plans for their new BBVA Compass home, it seemed we were seeing a new paradigm for soccer-specific stadiums in the league, an impression reinforced with the league being publicly insistent on teams having stadium deals in place before expansion deals would be offered.

But other than the Earthquakes breaking ground last year, we’ve seen a lot more Photoshop renderings than hard hats of late. And this week, the news has seemed decidedly retrograde on the stadium front.

First there was the news that Atlanta had been awarded a franchise, in a stadium share with the Falcons, involving a “draping” system to temporarily lower the capacity.

At least they know they have a stadium on its way. Monday’s announcement from New York City FC that they’d open play at Yankee Stadium next season came as no surprise, but contained no definitive news on progress for a dedicated, soccer-specific stadium. City fans may not have to contend with gridiron markings, but the sight lines are hardly ideal for soccer in many of the seats.

As the fallout from the City announcement was being picked over, Orlando quietly confirmed they would play the entirety of their expansion season at the Citrus Bowl next year, while waiting for their own downtown, soccer-specific stadium to be completed in 2016. Add in the prospective purchasers of Chivas USA being tasked with building a stadium in L.A., and David Beckham facing coordinated opposition to his favored site in Miami, and we’re entering some interesting times for the rapid-expansion narrative in MLS.

The teenage league may be going through a growth spurt, but until the infrastructure catches up, flicking through a cross-section of televised games over the next couple of years might suggest the teenager is still wearing hand-me-downs.