Toronto Tandem: How the USMNT Will Benefit From Having Michael Bradley and Jozy Altidore on the Same Club Team 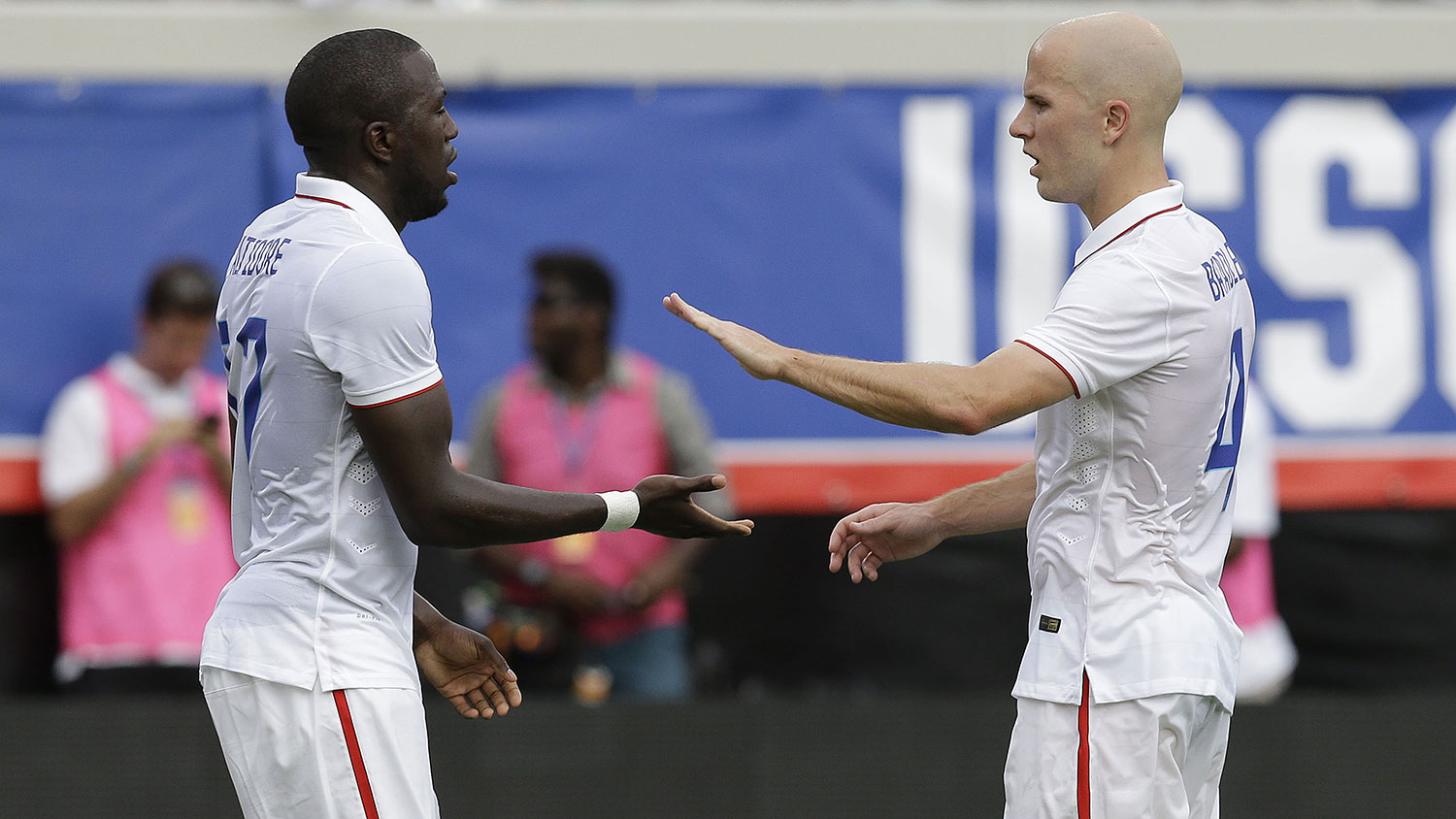 For Spain in 2010, it was Barcelona, with Gerard Piqué, Carles Puyol, Andrés Iniesta, Xavi, Víctor Valdés, Sergio Busquets, and Pedro all playing for both the Catalan club and the World Cup–winning national team. In 2014, it was Germany and Bayern Munich, the Bavarian superpower providing Manuel Neuer, Bastian Schweinsteiger, Thomas Müller, Philipp Lahm, Toni Kroos, Mario Götze, and Jérome Boateng to the current world champions. Come Russia 2018, could the next club-and-country marriage be the United States … and Toronto FC?

Now, let’s not go that far. For starters, the U.S. won’t win the 2018 World Cup.1 But beyond that, given MLS’s focus on parity, no team will ever boast that much elite American talent.2 Still, with the recent arrival of Jozy Altidore up north, both he and Michael Bradley, two key pieces of Jürgen Klinsmann’s puzzle, will be playing together week in and week out.

As far as scoring goals goes, no two players are more important to the USMNT than Altidore and Bradley. When healthy, both are in Klinsmann’s first-choice starting 11, and the pair should feature in tomorrow’s friendly against Denmark — the former as a center forward and the latter as an attacking midfielder. Their jobs are to score and facilitate the offense, respectively, and they’ve had some combined success in doing so. Of Altidore’s last 12 non-penalty goals for the U.S., Bradley earned the first or secondary assists on five of them.

A match against Bosnia-Herzegovina from August 2013 best exemplifies the potential of the pairing. You might remember this as “The Altidore Hat Trick Game,” the fifth match in a row in which he scored after a drought of 12 appearances, dating all the way back to November 15, 2011. His second goal, a free-kick laser to the upper 90, was the highlight-reel strike, but the other two goals are more instructive.

The first came in the 55th minute with the U.S. down 2-0. Bradley picked up the ball in midfield, took one touch, and lofted a perfect over-the-top pass to a streaking Altidore, who tapped it — perhaps a bit luckily — to Eddie Johnson for the score.

That, right there, is classic Route 1 American Soccer. No matter how much Klinsmann stresses technique, possession, and quick passing, the U.S. will always need to score goals like that one if they want to succeed against the world’s more talented sides. The play combines the vision and ability of Bradley with the speed, strength, and technique of Altidore to create something close to surgical precision. It’s simple: The forward makes the run and the midfielder sees it. Two teammates operating on the same intuitive level.

The second goal is Bradley being Bradley — running harder than anyone else on the field — as he chases down a ball in space and slips a deft pass to Altidore, who makes a smart foray into the box and finishes at an awkward angle.

This goal doesn’t happen without some degree of understanding between the two Toronto FC men. It’s the kind of tally that looks simple until Altidore runs somewhere Bradley isn’t anticipating and the pass goes askew. If you’ve watched the U.S. team play — or almost any team, for that matter — you know this happens. A lot.

One reason it does is that soccer is hard: Eleven players trying to move as a unit fail more often than they succeed. The other reason is that national teams don’t spend much time together. They get a couple of days here, a week there. There’s limited time to train and even less opportunity to put those strategies into practice in live game situations. Last year, Altidore and Bradley played only four games together. In 2013, they played 10 matches together with the national team, and the midfielder made a total of 38 completed passes to his forward. 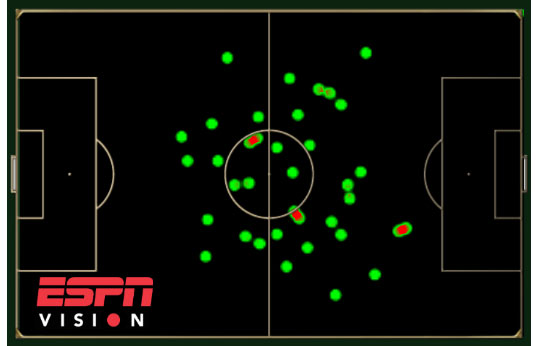 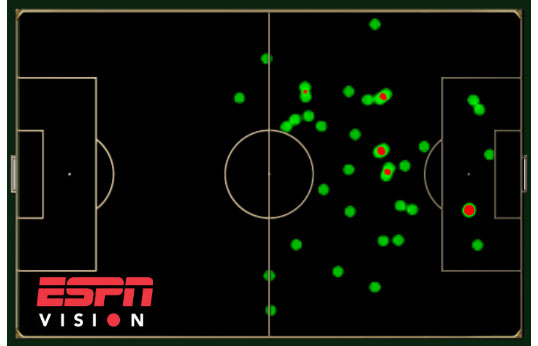 That’s a sparse collection of dots, and it’s nothing compared with the intense experience club teammates get with each other. The TFC season lasts for 34 regular-season matches, plus the playoffs, which the club (currently 1-1-0) should make this season for the first time in its nine-year history. Altidore and Bradley will practice with each other from March to October. And yes, it’s MLS, so the competition won’t be of the highest level, but TFC makes a good home. In the offseason, the club hired Devin Pleuler, one of the smartest minds in the emerging field of numbers-driven tactics, as a manager of analytics. At least some of what Altidore and Bradley learn will translate to the red, white, and blue.

Of course, it’s not a perfect fit. While TFC’s head coach, Greg Vanney, hopes to encourage the same type of technical game Klinsmann desires, Bradley will play two different positions. With the national team, he has moved forward into an attacking midfielder spot. While we can debate whether this is his best position,3 it appears as though that’s where he’s going to stay. At TFC, however, Bradley plays farther back at the base of the midfield, behind this offseason’s other big-money acquisition, Italy’s Sebastian Giovinco, and so he won’t have quite the same on-field relationship with Altidore. But they’ll still be sharing the pitch and should just naturally become more comfortable with each other.

Meanwhile, Giovinco, a wily, talented Italian who likes to attack from the wings, might serve as a good stand-in for another key to the U.S. attack: Fabian Johnson. He and Bradley have chemistry:

So do Johnson and Altidore. When the forward scored two against Nigeria before the World Cup, he got one assist from Johnson:

And one from Bradley:

Obviously, the Bradley-Altidore-Giovinco trio isn’t the same as the Bradley-Altidore-Johnson combination, but it’s a nice approximation. “To play with good players is easy,” Altidore said after scoring two goals — doubling his 42-game Premier League tally with Sunderland — in Toronto’s season opener a few weeks ago. “You make the run, [Giovinco] sees you, the timing is perfect.”

He could have been saying the same thing about playing with Bradley. The two Americans who had off years in 2014 should be better both individually and together in 2015. That’s great for their club but better news for their country. Perhaps we could interest Borussia Mönchengladbach in a transfer for Johnson?