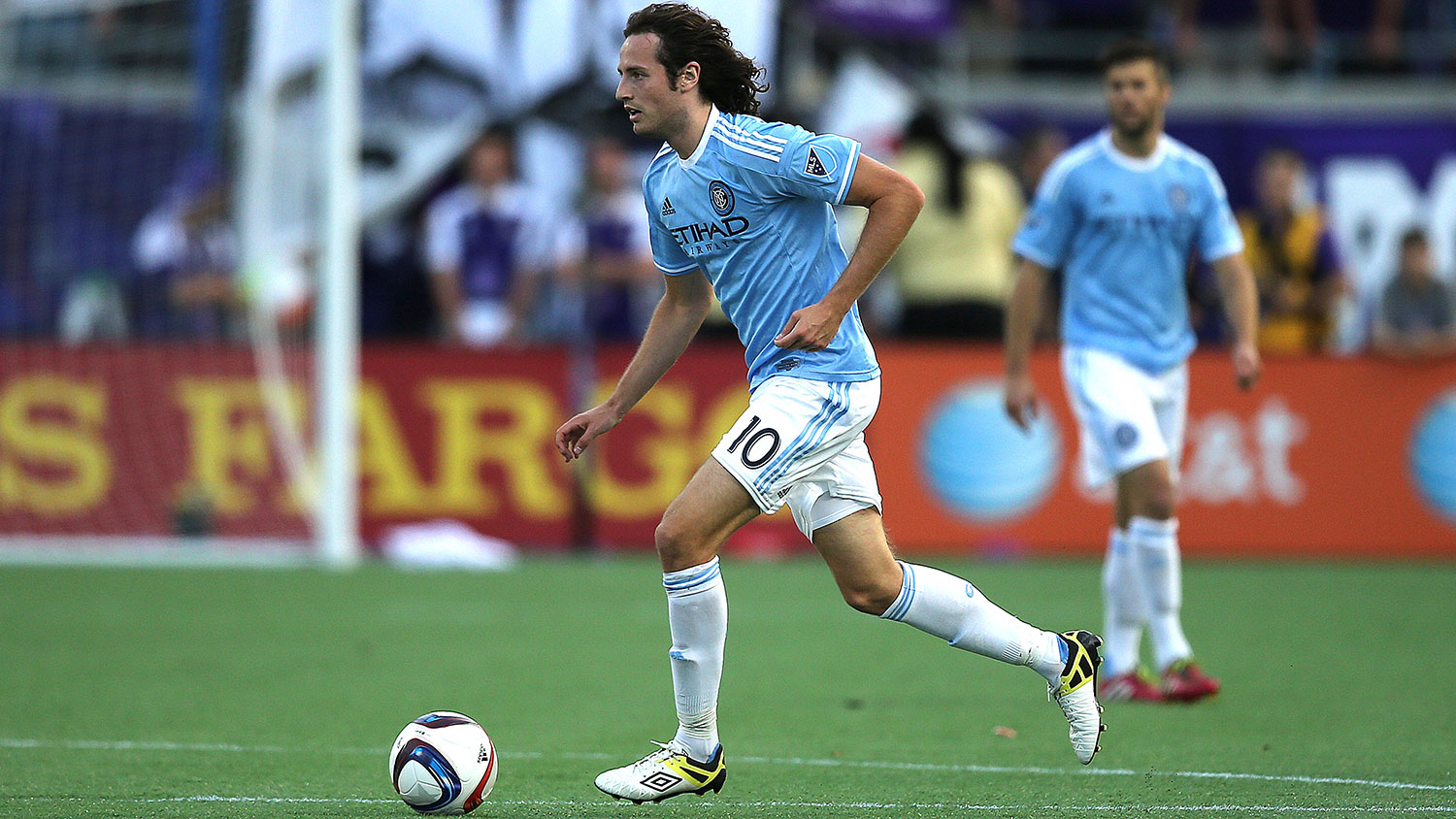 A few weeks ago, I was in Manchester, sitting in the press seats at the Manchester City Academy stadium, waiting for New York City FC to emerge from the locker room before the team’s second-ever game, a preseason friendly against Danish club Brondby. And as I continued to wait, I began to wonder what music this still-to-be-born club would walk out to.

Had I not been in Manchester, a city I left 12 years ago after 14 years of residence, I’m not sure I’d have been wondering about this. The day before the game, though, I wandered into the city’s beloved Piccadilly Records — and that’s when it started.

It’s hard to explain the slow affective unease of what came over me, but basically I felt an old vigilance creeping up while in the store — a reminder that for Mancs, music and clothes just matter. Factory Records supremo Tony Wilson used to say that the common mischaracterization of the city as a manufacturing center missed that it was really more of a warehousing and trading hub. That was why, Wilson claimed, “Manchester kids have the best record collections.”

As a man in early middle age who’d long since decided feeling comfortable in my skin was way more important than chasing fashion, I still felt an old pressure to perform while browsing the vinyl and CDs at Piccadilly. Increasingly embarrassed but unable to stop myself, I wandered from section to section until I finally left the store empty-handed.

In turn, that led to this little reverie of what New York’s newest team might come out to — how they might use music to set the tone of the project.

I had this vision of a mash-up of Nas and Billy Joel dueling their competing versions of a “New York State of Mind.” Or some high-camp nod to New York’s Paradise Garage and Manchester’s Paradise Factory. Perhaps Azealia Banks’s reassuringly filthy “212.”1 Or, on the tamer side, some vintage New Order from that period when Manchester went to New York, stopped worrying, and learned to dance. Maybe even Miles Davis’s “On the Corner,” bringing the hard clatter of the Bronx and bewildering the hell out of visiting teams. Or salsa with the Fania All-Stars. Or hip-hop with Kool Keith. Just something. Something with layers, something that says “Here. This. Here.”

The stadium DJ played “Born in the U.S.A.”

Had it been another moment, another location, I’d have considered the choice as I consider the choices of stadium DJs anywhere: just another indignity of modern life to be endured. But being where I was, with a quarter-century of two cities briefly compressed to a feeling, it mattered for a brief — if absurd — moment. 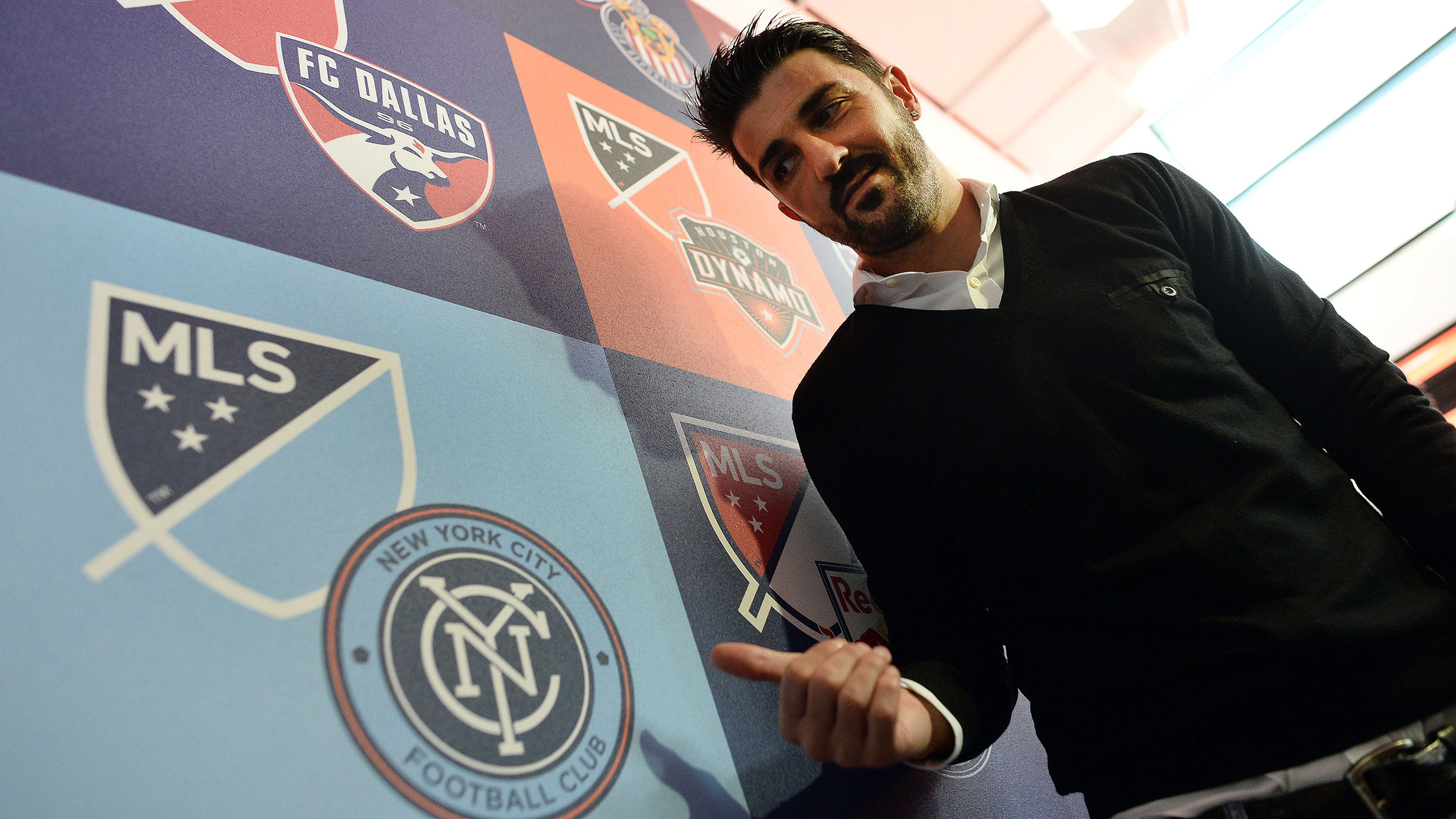 No matter how genuinely impressed I am with so many aspects of the infrastructure and personnel of City’s New York project,2 its cultural aspect continues to land awkwardly every time I encounter it.

The voice of the project appears so wary of sounding like the colonial voice from Manchester but equally unsure of what might be its authentic New York tone, so instead it falls somewhere into the Atlantic and makes for moments such as this:

The Zoolander-shaped gaffe in that one is a particularly cheap open goal. Much like my expectations of stadium DJs, my taste for officially sanctioned fan engagement begins and ends with watching team mascots publicly resign in style. I generally have a lot more faith in the independent fan groups, who might not be any more elegant — and can occasionally elevate out-of-proportion self-righteousness to an absurd level — but in surviving multiple regime and player-personnel changes, they get to become the authentic folk culture of a club over time.

Now, in terms of grassroots initiatives and community projects, the work New York City FC — and Manchester City before them — have been doing in the city has been really strong from the get-go. It’s felt authentic and engaged in its own right — and not just focused on the obvious benefits of building future constituencies of fans and perhaps academy prospects. There are the whispers of an interesting, particular voice within that approach, something distinct from, say, Manchester United’s still dominant, but brittle, outreach model whose only real concern is carving up more multifaceted, multi-territory sponsorship deals.

As NYCFC navigates through its first season in MLS, I’m intrigued to find out what its voice becomes. When New York City Football Club finally reaches New York City this weekend for its home opener against the New England Revolution, we’re going to start hearing its accent. We can follow it through the city and see what it’s into. But it all started before — and will continue long after — the team comes out of the tunnel for the first time on Sunday.