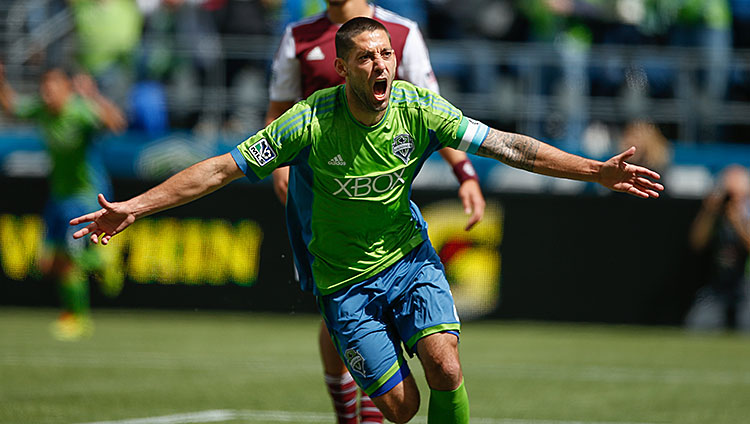 The first couple of weeks of September are the moment when MLS’s season-long bend through summer and its hurdles of international tournaments, European club friendlies, FIFA dates, and irregular ambles around baking stadiums start to resolve into the final straightaway. The weather cools, the race for the playoffs heats up, and with it, the mean tempo of games increases, as teams realize they’re running out of time to become truly distinct from the pack.

And with last year’s Supporters’ Shield winner, New York, being frankly baffling this year, there’ll be a new regular-season champion at the end of next month. The Red Bulls’ role in the Supporters’ Shield race is likely to be that of spoiler for the ambitions of some of the teams above them (including those top-two teams in the East, D.C. United and Sporting K.C.).

Here, in their current order, is a quick rundown of the contenders for this year’s Shield now that we’re entering the run-in:

The Sounders go into Friday night’s game with fellow contenders Real Salt Lake knowing that with a point, and a game in hand on the Galaxy, this is their race to lose. We’ll certainly know a lot more about their credentials in just 16 days, at the end of a five-game stretch that includes a trip to Philadelphia to try to win back the U.S. Open Cup they’ve come to regard as their property. A Cup win would secure a path back to Seattle’s other long-term priority: the CONCACAF Champions League. But, then again, so would winning the Supporters’ Shield.

The Sounders have been here before. Last year, the assists of Mauro Rosales and physical presence and timing of Eddie Johnson had put them in charge of the Shield race by midsummer, only for the wheels to come off in dramatic fashion in the fall, as Sigi Schmid tried to reconfigure his team around a clearly injured Clint Dempsey.

This season, Dempsey and Obafemi Martins have clicked, the defense looks better, and Schmid will be hoping his side has enough experience to resume its so-far fruitless attempts at navigating the playoffs — this time from the novel vantage point of regular-season champion.

It’s beginning to look a lot like 2011 for the Galaxy. The sense of occasion for each road game, as Landon Donovan conducts his farewell tour, has been accompanied by the Galaxy purring into form at just the right time. It’s very reminiscent of the team’s inexorable cruise to the regular-season title/MLS Cup win in David Beckham’s first “farewell season.”

Robbie Keane appears to have taken it rather personally that he missed out on last season’s MVP to his one-time sidekick Mike Magee, and Keane is surely a front-runner this year with his driven performances. Gyasi Zardes has gone from homegrown prodigy with an eyebrow-raising degree of self-belief to a fast-maturing threat and the highest-scoring American in the league (Jürgen Klinsmann, take note). And of course there’s Donovan — looking liberated to have made the decision about his future, and wringing everything out of the remaining games.

Of course, even a team that pioneered the modern Designated Player model knows the value of depth, and the Galaxy have depended on a large supporting cast this year, from Robbie Rogers reinvented as a full-back to the solid play of Baggio Husidic to, of course, the likes of Omar Gonzalez beginning to find his 2013 form again just when it matters. And then there’s Alan Gordon — back at the club where he was once celebrated by Sports Illustrated‘s Grant Wahl as the MLS everyman antithesis of Beckham — doing what he’s always done: making an underrated nuisance of himself. He’s had key interventions in recent games, and don’t discount him to somehow feature prominently in deciding the destination of the Shield.

Under Ben Olsen, United have been the model of continuity that Red Bulls were supposed to be and weren’t this year. In D.C.’s case, it was the continuity of coaching despite last season’s historical struggles (sweetened only by the most unlikely of U.S. Open Cup wins), along with some overhauling of the roster. The young core of the team, typified by the likes of Perry Kitchen and Nick DeLeon, was augmented by MLS experience: Bobby Boswell, Davy Arnaud, Fabian Espindola, and Sean Franklin. This group may not have turned D.C. into the most stylish of teams, but in terms of fight and effectiveness, it’s been competitive all year. It has even been able to carry Eddie Johnson for long stretches, managing without his anticipated goals. Bill Hamid continues to mature and looks to have thoroughly eclipsed Sean Johnson (for now) as the top MLS keeper in the U.S. setup behind Nick Rimando. Despite their lofty position, United may not have quite enough about them to win the Shield, though they could capitalize on an indifferent Eastern Conference and their Western rivals tripping each other up. It worked for New York last year.

In their first year without Jason Kreis at the helm, RSL promptly jumped out to a great unbeaten start under new head coach (and, in keeping with the club’s ethos, internal appointment) Jeff Cassar. Their momentum only stalled when striker Álvaro Saborío injured himself while training for Costa Rica’s World Cup bid, and Kyle Beckerman and Rimando disappeared for the USA’s trip to Brazil. Robbed of their spine, RSL wobbled, but still they have lost only five games all season. When Saborío returned from injury last weekend, ending a four-month absence, he scored after just five seconds on the field. He was returning to a team that had Olmes García and Joao Plata scoring in his absence. To add to the embarrassment of riches, Robbie Findley is getting goals too. RSL’s consistency is extraordinary. They should stay in the mix until the end.

We’re getting into the realms of the outsiders now. You just don’t know what FC Dallas might do with the remainder of the season. Certainly, they have the capacity to cause some damage. Fabián Castillo, having first stepped up to help fill the creative void left by an injured Mauro Díaz, grew into a substantial figure of influence this campaign. Oscar Pareja’s team dipped out of, then back in, contention over the course of the summer. And but for Saborío’s late goal in Salt Lake last week, they would be in a much healthier position. Regardless of how they do in the run-in and playoffs, it looks like the ideas Pareja was playing with previously in Colorado have come to fruition at Toyota Stadium. This is a young counterattacking team that is also lethal on set pieces. And Díaz is back …

Sporting K.C. looked to be cruising at the top of the East, per usual, until a run of four losses (their first such streak since 2011) handed the initiative to D.C. What’s been behind the dip? It’s not the forward line — Dom Dwyer has been a Golden Boot challenger all season. But there is an argument that Matt Besler has not been the defensive rock he once was, since returning from the World Cup to local hero status and a much improved contract.

Certainly Sporting’s defense has not looked as formidable of late. But it’s probably worth looking at the middle of the field, in particular the engine room of Peter Vermes’s preferred hard-running 4-3-3. To lose the likes of Roger Espinoza and Kei Kamara was tough enough, but the early sale of Uri Rosell has never truly been compensated for. They’re always a creative threat, with Graham Zusi and Benny Feilhaber guiding approach play, but the unglamorous work Rosell did to shield the defense has not been adequately replaced. Sporting K.C. could yet hit their stride for a deep playoff run in defense of the MLS Cup, but it’s hard to see a path to the Shield from here.