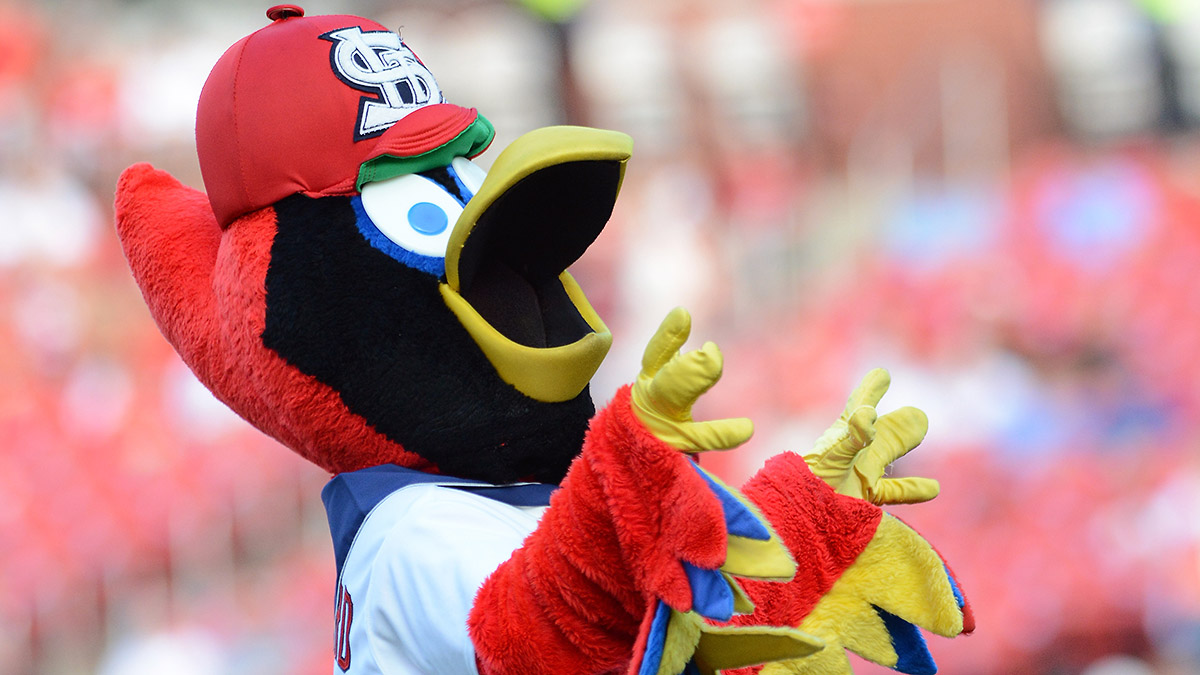 There are some annoying inevitabilities that come with the calendar: taxes in April, swamp ass in August, and the St. Louis Cardinals in October. I thought we were in the clear this year, because on July 1, the Cardinals were 6.5 games out of first place in the NL Central, and in complete shambles. They’d gotten nothing from Oscar Taveras, their outfield super-prospect, or Allen Craig, a key component on last year’s pennant team who sucked this year and was promptly traded. Yadier Molina and Michael Wacha have both missed huge chunks of time. Closer Trevor Rosenthal hasn’t quite lived up to expectations.

And yet, here we are. Here they are, back in first place by 2.5 games with only three weeks to go. Milwaukee has faded, and Cincinnati has been undone by a rash of injuries that would seem more impressive if not for the Rangers’ season, and yet here are the Cardinals, once again atop their division like a cat that keeps scaling the refrigerator. Since 2000, the Cardinals have recorded 13 winning seasons, made the playoffs 10 times, made the NLCS eight times, won the pennant four times, and won the World Series twice. They’re probably the best-run organization in the game, with scouting and player development systems that turn junior college shortstops into major league closers, mold fat college third basemen into MVP-caliber players, and pluck starting position players from Division II.

You know how in Fight Club1 Edward Norton beats Jared Leto to a bloody pulp2 and says, “I felt like destroying something beautiful”? Well, that’s how the rest of the world feels about the St. Louis Cardinals. They’re so beautiful and so perfect that they must be destroyed. The mortals need to have their turn.

I’d feel this way about the Cardinals even if they didn’t exude the smug self-entitlement that comes from their combination of winning and, at least from a narrative perspective, Playing the Game the Right Way. Their church was built on the rock of Tony La Russa, who is Elmer Gantry in a mullet and transition lenses. Doing TLR’s evil bidding: Scott Rolen, who combined greatness and prickliness in equal measure; Albert Pujols, who was the greatest player of the interregnum between Bonds and Trout, and who had the public personality of a bowl of oatmeal when he wasn’t being used as a political prop by Glenn Beck; Yadier Molina, who’s the greatest defensive catcher of his generation, and who has an idiotic neck tattoo; and Chris Carpenter, who was likewise great, but who was a goatee away from being the Roy Halladay of a dystopian multiverse. Though the names on the backs of the jerseys have changed, that character lives on today. The Cardinals are the kind of organization that would bend over backward to tell you it’s the name on the front that matters anyway.

Long story short, not only are the Cardinals too great to exist in our flawed universe, they’re the official team of Punchable Face Syndrome. They’re the Pittsburgh Penguins or the FC Barcelona of baseball.

And then, of course, there’s the Best Fans in Baseball thing. The most annoying thing in sports is a fan base that buys into the idea that it’s special. That its city or its culture is somehow unique, and therefore it deserves a team that is not only of a particular quality, but that’s guaranteed to deliver success. In this respect, Cardinals fans probably aren’t as bad as Steelers fans, Cowboys fans, or fans of any team from New York, Philadelphia, or [turns and faces New England, places head down, thrusts double-barreled middle fingers into the air] Boston, but they’re like an egg: a yolk of exceptionalism, arrogance, and xenophobia covered with a thin shell of Midwestern aw-shucksness that anyone who’s paying attention knows better than to trust. Any way in which baseball resembles Big Ten football is bad for the game, and in this way most of all.

With that said, can you blame Cardinals fans for thinking that their team is touched by the hand of God, for believing that the Sword of the Righteous is made of wood and wielded by Matt Carpenter? A team doesn’t win as much as the Cardinals do unless it’s blessed. Want proof? The Cardinals are going to win the NL Central at a canter, and they’ve got the run differential (plus-2) of a .500 team. You want to know how many teams have outperformed their run differentials by more than the Cardinals their own have this year? Zero.

It makes me sick. As if St. Louis needed any help.

If the moral arc of the universe is long, but bends toward justice, then it also bends less than Josh Collmenter’s curveball, because in a just universe, the Cardinals would have been rent asunder by now.

The Cardinals are a near-perfect organization with exciting players and truly bomb-ass uniforms, and I’m sick of seeing them in the playoffs every year. Let someone else have a chance. At this point, I’m hoping for divine intervention, because in the past 15 years, no earthly forces could stop them.