About Last Night: Astros Go Back to High School 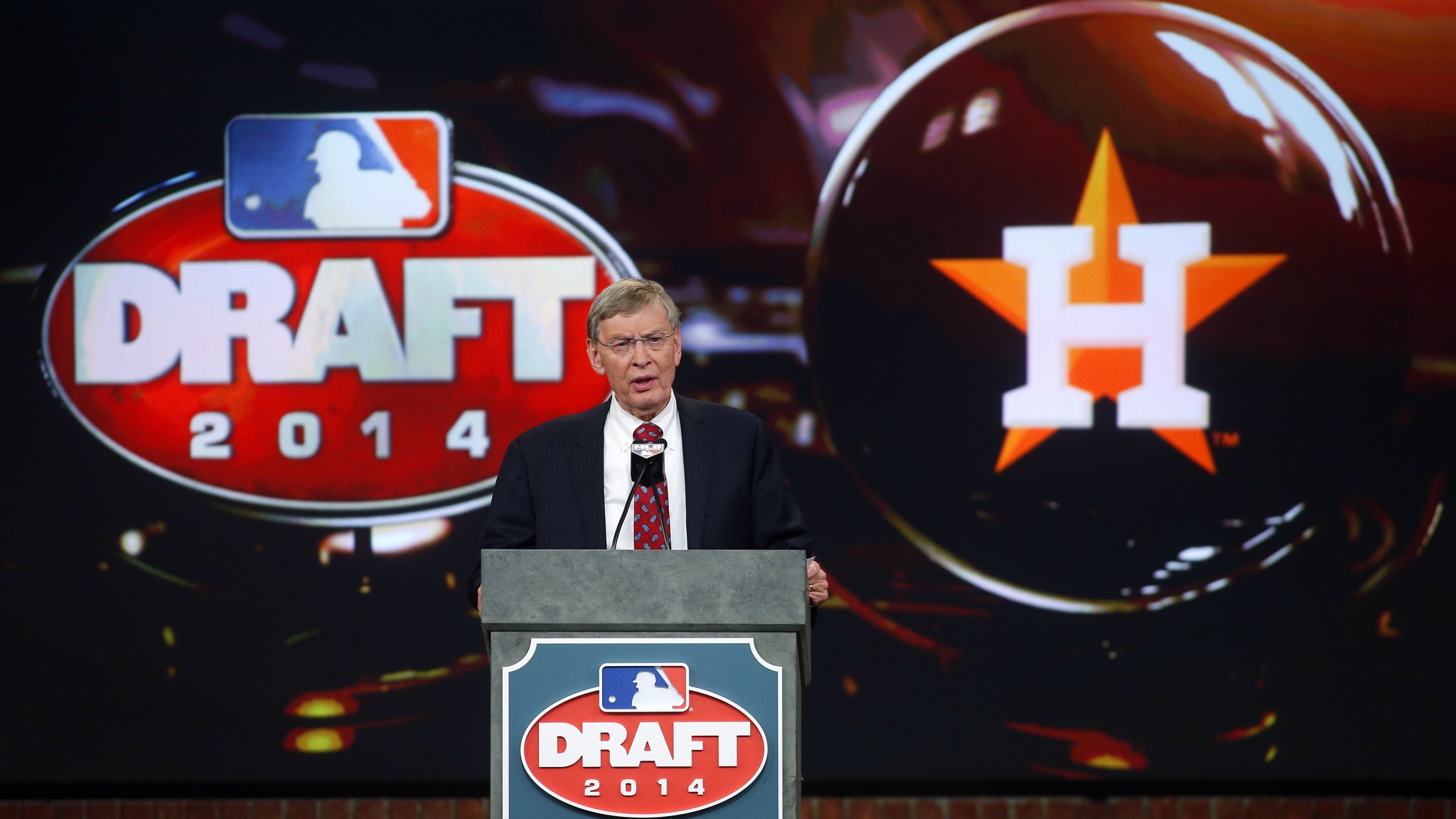 In case you were learning the hard way that it’s more the heat than the humidity, here are the top five stories you missed in sports on Thursday:

In the next generation of clients of Dr. James Andrews:

The Houston Astros drafted California high school pitcher Brady Aiken with the first overall pick in the Major League Baseball draft. “This is a dream come true,” said Aiken upon being drafted. “I’ve always wanted the owner of a professional sports franchise to pay for me to fly to amazing places, like Dr. James Andrews’s office, and provide me with once-in-a-lifetime experiences, like my inevitable elbow surgery, and help me make connections in the world, like with the team’s rehab facility. Now that dream has taken a huge step toward becoming a— OW!” Aiken then looked down at his elbow, before looking up with a smile and saying, “It begins.”

In an interesting start to the NBA Finals, eh?

With the AT&T Center’s air conditioner on the fritz, the San Antonio Spurs beat the Miami Heat, 110-95, in Game 1 of the NBA Finals after closing out the game on a 31-9 run while Heat star LeBron James was incapacitated with cramps. “I know that conspiracy theorists and Heat fans are going to say that it was some sort of genius strategic maneuver on my part to turn off the air conditioning in the arena,” said Spurs head coach Gregg Popovich after the game. After a long pause, a reporter asked Popovich if there was a second half of that sentence coming. After another long pause, Popovich replied, “No.” After another excruciatingly long pause, a reporter asked, “Really?” And that reporter is currently drenched in sweat, still sitting in a scalding-hot AT&T Center, staring down Coach Popovich, waiting for him to say anything.

Questions will now circle around LeBron James, whose absence down the stretch of Game 1 may prove to be the difference in what appears to be an evenly matched series. And I’m ready to answer the big one: When is LeBron going to win the big one? Never. Sure, he has two NBA titles, but can we ever really call James elite unless he has won more titles than he has? No. If James wants to live up to the hype, he should have already won the series he is currently playing, along with a couple that he did not qualify for in the past. I mean, seriously, the Sonics won an NBA title and they don’t even exist anymore. Where was James then? Huge missed opportunity.

John Calipari inked a $52.5 million deal to remain the head basketball coach at the University of Kentucky. “Well, this isn’t great,” said NCAA president Mark Emmert with a sigh upon hearing news of the extension after walking out of a deposition related to Ed O’Bannon’s class-action lawsuit. “This, from a PR perspective … it just … it isn’t great. I mean, the optics … aren’t great. Maybe I can spin it as … no … nothing about this is great.” Emmert then added, “I mean, yeah, not great.”

Yankees starter Masahiro Tanaka moved to 9-1 on the season after allowing only one run in six strong innings as New York topped Oakland 2-1. After the game, Tanaka received a mixtape with the following track list:

The insert to the cassette case was blank save for a dollar sign and a crude stick-figure drawing of a person. A confused Tanaka, having no tape player and no desire to decode the message, stashed the cassette in the back of his locker without listening to it. As he did, Yankees general manager Brian Cashman looked on and whispered to himself, “There wasn’t enough Al Green,” as a single tear rolled down his cheek.